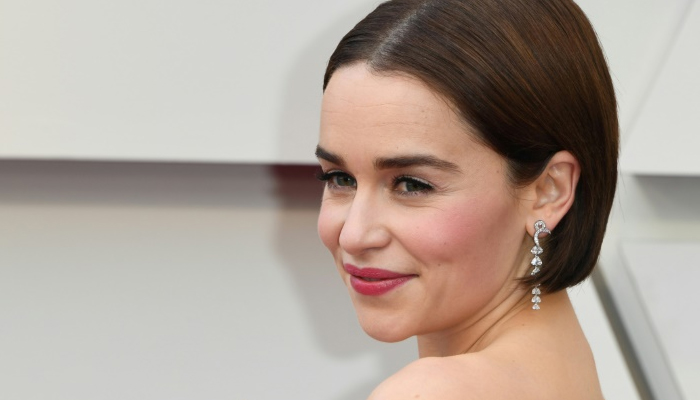 The British actress — who plays Daenerys Targaryen on the blockbuster show about to enter its final season — wrote that the first aneurysm rupture struck while she was at the gym in February 2011, just after filming the first season.

“At some level, I knew what was happening: my brain was damaged,” the 32-year-old wrote in The New Yorker magazine in her piece entitled “A Battle For My Life.”

The condition passed and Clarke left the hospital one month after her admission — but doctors had found she had a second aneurysm that could rupture at any moment.

“For a few moments, I tried to will away the pain and nausea,” she continued. “To keep my memory alive, I tried to recall, among other things, some lines from ‘Game of Thrones.'”

Clarke was rushed to the hospital and diagnosed with a subarachnoid haemorrhage — a form of stroke triggered by bleeding into areas that surround the brain, which kills about one-third of the patients it strikes.

She was 24 at the time of her first brain surgery, and said the recovery period in which she could not even recall her own name — a condition called aphasia — gave her “a sense of doom.”

Read more: What’s in for this year’s Emmy awards?

“In my worst moments, I wanted to pull the plug. I asked the medical staff to let me die,” Clarke said. “My job — my entire dream of what my life would be — centered on language, on communication. Without that, I was lost.”

The condition passed and Clarke left the hospital one month after her admission — but doctors had found she had a second aneurysm that could rupture at any moment.

“Game of Thrones” star Emilia Clarke suffered two nearly fatal brain aneurysms in the early years of filming the hit series, she said in an essay

“Even before we began filming Season 2, I was deeply unsure of myself. I was often so woozy, so weak, that I thought I was going to die,” Clarke wrote, saying she took morphine between interviews while promoting the acclaimed show.

During a routine brain scan doctors found her growth had doubled in size and decided to operate — a seemingly simple procedure that resulted in major complications and another month in the hospital.

Today, Clarke says she has “healed beyond my most unreasonable hopes,” and helped develop a charity to offer treatment to patients recovering from stroke and brain injuries.

“There is something gratifying, and beyond lucky, about coming to the end of ‘Thrones,'” Clarke wrote. “I’m so happy to be here to see the end of this story and the beginning of whatever comes next.”

73 years on: Why US still follows the Truman Doctrine?

Panama JIT reviews the questionable history of the Sharif family