Chief Justice of Pakistan, Asif Saeed Khosa clarified that media has misinterpreted that Gen Bajwa’s extension case is a Suo Motu case, as the court is acting upon the petition. However, the petitioner, Advocate Riaz Rahi, withdrew his petition, which was dismissed by the Supreme Court. 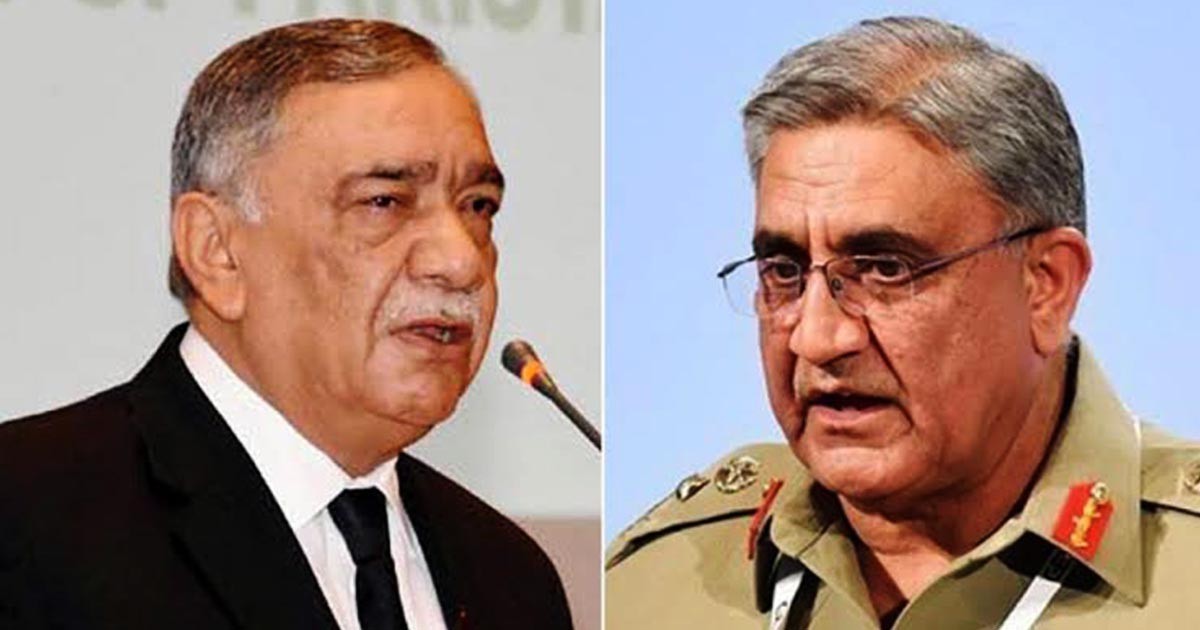 A three-member bench of the Supreme Court, on Wednesday, headed by Chief Justice of Pakistan Asif Saeed Khosa, presided over the hearing on a petition against Army Chief General Qamar Javed Bajwa’s extension.

At the outset of today’s hearing, CJP Khosa clarified that media and political commentators had misinterpreted yesterday’s hearing, and the court had not taken Suo Motu notice.

For all those who have been mislead to believe that media has misreported "Suo Moto" aspect of this case, I attach copies of Order Sheet of Supreme Court, of 26th Nov, 2019 pic.twitter.com/0vbAuJsK12

The court questioned Riaz Hanif Rahi regarding his absence from court yesterday, and the judges inquired whether he wants to proceed with the petition. Rahi responded that due to certain reasons, he did not want to proceed with his petition.

The three-member bench of the Supreme Court responded that the court would proceed with the petition for him.

Political commentators, media and civil society, alongside the general public, are puzzled if the case against General Bajwa’s extension holds the status of a Suo Motu case under Article 184 (3) of the Constitution of Pakistan, or if it is the hearing of the petition, which was initially filed by Advocate Riaz Rahi, a habitual petitioner, on November 25.

Analysts observe that when this petition was filed, it was immediately accepted for hearing by the Supreme Court and a three-member bench was created.

Commentators highlight that typically, when such petitions are filed, the question of maintainability arises and not every petition is accepted. But in this case, it was immediately accepted, denoting the fact that the Supreme Court considers this petition significant.

SC has suspended the notification of Gen. Bajwa’s extension pending conclusion of the case

Since the original petitioner withdrew petition, case converted to a suo motu

Gen. Bajwa, among others, given notice to appear before court

Tweeting from his account, Dr. Moeed Pirzada, a prominent TV show host and political analyst, observed, “Yesterday, Supreme Court Order Sheet clearly mentioned that this case against “Army Chief Extension” is now a “Suo Moto” under Art. 184(3) of Constitution. Today we hear that media got it wrong, it’s not “Suo Moto” but a petition. Something is very strange here & very confusing!”

Yesterday, Supreme Court Order Sheet clearly mentioned that this case against "Army Chief Extension" is now a "Suo Moto" under Art. 184(3) of Constitution. Today we hear that media got it wrong, its not "Suo Moto" but a petition. Something is very strange here & very confusing!

On November 26, Petitioner Advocate Riaz Rahi submitted a handwritten application to withdraw his petition challenging the extension of Army Chief General Bajwa. He himself was not present in the court, he did not submit an affidavit, which led the Supreme Court to dismiss his petition on grounds that he may be “acting under pressure.”

As seen in the official order of the Supreme Court, the petition was then turned into a case under Article 184 (3) of the Constitution of Pakistan, which actually refers to Suo Motu.

After leaving the court, Advocate Rahi was questioned by the media about his intentions and why he is attempting to withdraw the petition.

He was seen rushing through and refused to answer the questions posed by the journalists. Responding to a question on “who asked to file the petition and who asked for its withdrawal”, Rahi said, “It was filed to highlight the rules of the law. I don’t have any vested interests tied with anyone.”

Rahi refused to apprise the journalists on the reasons behind his decision to withdraw the petition. Dismissing the reporter, he said, “I don’t want to make any comments.”

Privatization of PIA and PSM: significance for Pakistan