Genocide Watch, a global advocacy group, has issued a genocide alert for the Indian-occupied valley of Kashmir, warning the international community of the Modi-BJP agenda of ethnic cleansing the Muslim population and turning the valley into a Hindu-majority state. 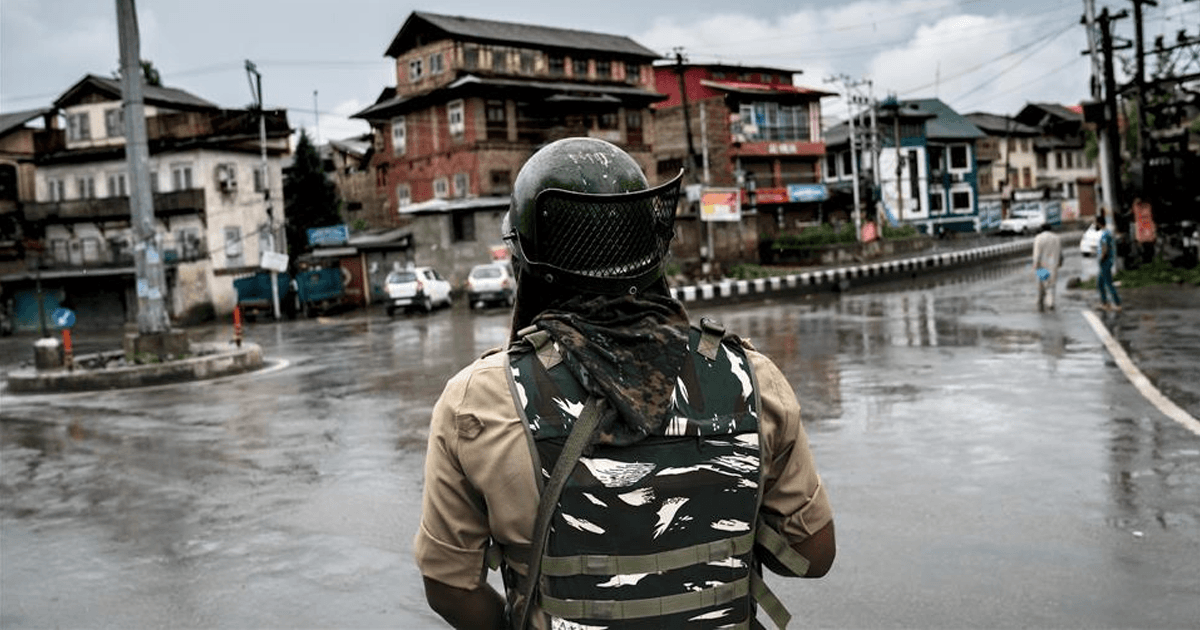 Global pressure group, Genocide Watch, has issued a genocide alert for the Indian-occupied valley of Kashmir, after New Delhi’s unilateral and unlawful decision to forcefully annex the Himalayan valley as a federally administered territory.

The Genocide Watch has urged the United Nations and its members to “warn India to not commit genocide in Kashmir.”

The situation in the occupied valley continues to deteriorate as it enters the 17th day of curfew and total communications blackout. New Delhi deployed thousands of additional troops to Kashmir to reinforce the hundreds and thousands of troops already deployed in the region to quell the protests and agitation over the abolishment of Kashmir’s autonomous constitutional status.

Narrating the history of Indian brutality and the Kashmiri struggle for freedom, the Genocide Watch highlighted a series of heart-wrenching statistics reported by prominent international and regional human rights organizations.

The genocide alert stated, “Human Rights Watch reported that 50,000 people were killed in Kashmir from 1989 to 2006.  The Kashmir State Human Rights Commission has evidence of 2,730 bodies buried in 40 mass graves. The Commission reported over 8000 disappearances.”

It added, “The Jammu and Kashmir Coalition of Civil Society said that by 2016, there were over 70,000 killings, most by Indian forces.  Amnesty International reports that disappearances, torture and rape by Indian Army units against Kashmiri Muslims are common.”

Highlighting the early warnings of massacres, Genocide Watch cited “prior genocidal massacres and continuing impunity for such killings”, alongside the longstanding military conflict between India and Pakistan across the border dividing the Himalayan valley of Kashmir.

The “exclusionary ideology of Hindutva-India as Hindu nation” that forms the ideological foundation of Indian Prime Minister Narendra Modi’s ruling BJP is another warning sign of a genocide. The list of warnings also included an “authoritarian military rule without legal restraints imposed by civilian Indian officials”, and the “rule by a minority military force (Hindus and Sikhs) over majority Muslim citizens.”

The early genocide warnings further included the communication blackout and barred outside access through trade, media and internet. The Genocide Watch also cited the “widespread violations of basic human rights – torture, rape, 2-year detentions without charge, arbitrary arrests and deportations of Muslim political and human rights leaders” amongst the early signs of genocide.

The genocide alert issued by the Genocide Watch then proceeded to highlight the ten stages the genocidal process that has been observed in Indian-occupied Kashmir. The alert stated that the first step is the classification of the population, which pits a Hindu and Sikh Indian Army “us” against the Kashmir Muslim civilians “them”. Symbolization is the next step of the genocidal process, and Muslims in Kashmir are symbolized by their Muslim names, Kashmiri language, mosques and dressing.

The alert highlighted the role of discrimination, stating, “Hindu Pandits were economically dominant until 1990; BJP reasserted Hindu power.” Genocide Watch highlights the role of “dehumanization” that is played out by labelling Muslims as “terrorists, separatists, criminals and insurgents.”

Organization is the fifth step, and it refers to the deployment of “600,000 heavily armed Indian Army troops and police”. The genocide alert also highlighted the role of polarization, wherein “Modi and the BJP incite anti-Muslim hatred; and social media spread falsehoods.”

The seventh step is preparation, wherein the Indian Army occupied Kashmir, and the BJP leaders “speak of the ‘Final Solution’ for Kashmir.” Preparation is followed by persecution, wherein Kashmiri Muslims are locked down and subjected to unlawful arrests, detentions, torture, rape and murder.

The ninth step of the genocidal process is extermination, and the Genocide Watch stated, “Genocidal massacres occurred during Partition; since 1990, there have been at least 25 massacres with death tolls over 25: 10 of Muslims by Indian troops; 15 of Hindus by Muslim militants.”

The last and final step is denial, which refers to the BJP and Modi administration’s rhetoric of scraping away Kashmir’s special constitutional status in a bid to usher in reforms and development. The Genocide Watch stated, “Modi and BJP say their goals are to “bring prosperity” and “end terrorism”; they deny any massacres. No Indian Army troops or police are ever tried for torture, rape or murder. Modi’s takeover is popular in India.”

Imran Khan said, “Today, on the 1st International Day for Victims of Violence based on Religion or Belief, we call attention to the plight of millions of Kashmiris living under brutal Indian Occupation, abuse & violence, deprived of all fundamental rights & freedoms.”

Today, on the 1st International Day for Victims of Violence based on Religion or Belief, we call attention to the plight of millions of Kashmiris living under brutal Indian Occupation, abuse & violence, deprived of all fundamental rights & freedoms.

The premier added, “The Indian Occupation Forces have even denied them their right to observe their religious practices, including Eid ul Azha.”

“As the world shows solidarity for victims of violence based on religion & belief, it must also move to prevent an impending genocide of Kashmiris in IOK.”

The Indian Occupation Forces have even denied them their right to observe their religious practices, including Eid ul Azha.
As the world shows solidarity for victims of violence based on religion & belief, it must also move to prevent an impending genocide of Kashmiris in IOK.

The great divide: How do police in Pakistan compare to the world?