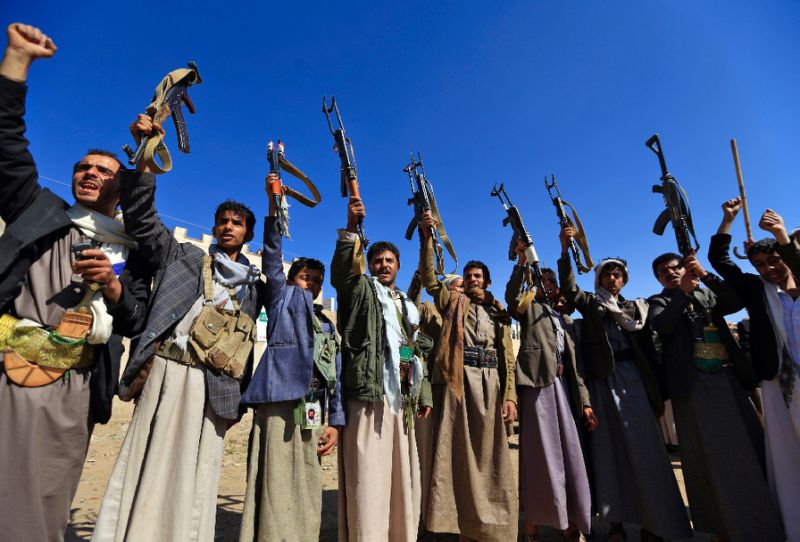 A breakthrough accord between Yemen’s warring sides is the most significant step towards ending the country’s devastating conflict, but analysts warn its success depends on further international pressure. The United Nations on Thursday brokered a truce between Yemen’s government, supported by a Saudi-led military coalition, and Iran-backed Huthi rebels.

While the agreement signed in Sweden was welcomed by all involved, analysts say it is fraught with risks and needs to be reinforced by the international community. Under the terms of the accord, an “immediate” ceasefire must be implemented in the Red Sea port city of Hodeida the main frontline and a crucial lifeline for humanitarian imports.

The alliance first intervened in Yemen in 2015, to forestall a rebel advance that had already captured swathes of the country including the capital Sanaa.

Fighters are due to withdraw in the next few days and a prisoner swap involving some 15,000 detainees is planned. A new round of talks is set for late January when the two sides are due to define the framework for negotiations ahead of an eventual full settlement.

UN special envoy Martin Griffiths has made significant efforts to bring the protagonists together. The UN says that the war has killed some 10,000 people over nearly four years, but NGOs say the toll is far higher.

“Observers were not expecting an agreement to be reached yesterday, especially on sensitive issues like Hodeida”, said Camille Lons from the European Council on Foreign Relations.

Read more: Yemen Peace Talks: A ray of hope after years of fighting

“Griffiths managed to get the two parties around the table and agree on a number of measures,” said Lons, who coordinates the think tank’s Middle East and North Africa programme.

Devil in the Details

But “we should not get over-excited too quickly,” Lons cautioned. “We have to see how the withdrawal from Hodeida happens in practice it is likely to be a logistical nightmare for the UN.” Rebel-controlled Hodeida has been the target of an offensive launched in June by the Saudi-led coalition.

The road ahead remains bumpy but the significant breakthrough will make peace possible”, said Anwar Gargash, the UAE’s foreign minister.

The alliance first intervened in Yemen in 2015, to forestall a rebel advance that had already captured swathes of the country including the capital Sanaa. In Sweden, the rebels and government agreed that their forces would withdraw from Hodeida city and port, in favor of administration by local security forces supported by the UN. But “the devil is in the details”, said Yemen analyst Nadwa Dawsari.

The accord does not identify who the “local forces” will be and fixes no date for the start of the ceasefire. Officials in both camps have told media that the ceasefire was due to come into effect at midnight on Thursday. But new violence that night in Hodeida underscored the fragility of the accord. Explosions and artillery fire were heard for several hours before midnight, residents said.

The UN Security Council is due to be briefed by Griffiths on Friday. Next week, it is due to adopt a resolution ratifying the outcome of the Sweden talks and authorizing the deployment of UN observers in Hodeida, according to diplomatic sources.

Read more: Up to 85,000 children ‘dead of starvation or disease in Yemen’

“Pressuring the parties is necessary to cement these initial gains and keep the nascent process from collapsing,” said Dana Stroul, Middle East expert at the Washington Institute. “The UN Security Council could reinforce the progress made in Sweden with its own endorsement,” she added.

The United States and Saudi Arabia have hailed the accord. US Secretary of State Mike Pompeo has called it a “crucial first step”, while Saudi’s King Salman and Crown Prince Mohammed bin Salman have said they are behind a “political solution”. The United Arab Emirates part of the Saudi-led military coalition also backs the deal.

“The road ahead remains bumpy but the significant breakthrough will make peace possible”, said Anwar Gargash, the UAE’s foreign minister. Echoing the widespread caution, UN envoy Griffiths on Friday said a “robust and competent monitoring regime” for the agreement is “not just essential it is urgently needed.”

South Africa pledge not to taunt Australia over tampering

Can Dr. Firdous Ashiq Awan be inducted into provincial cabinet?