Up to 85,000 children ‘dead of starvation or disease in Yemen’ 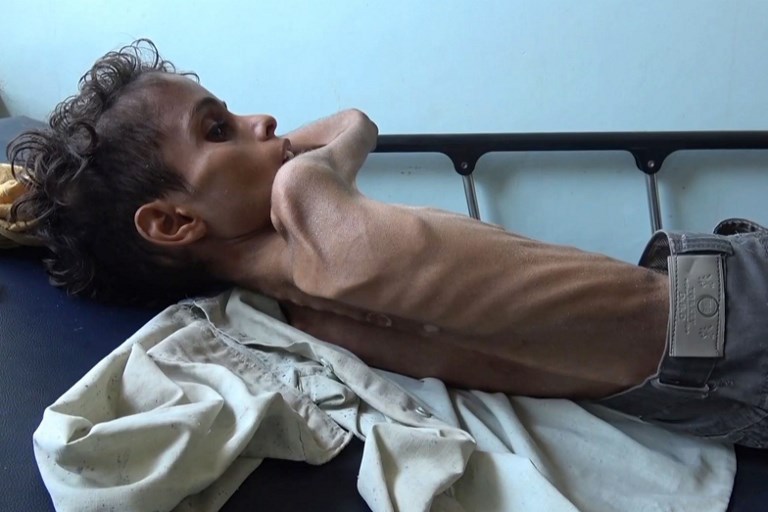 As many as 85,000 infants under the age of five may have died from starvation or disease since 2015 in war-ravaged Yemen, humanitarian organisation Save the Children said Wednesday.

It said the estimate was based on data compiled by the United Nations, which has warned that up to 14 million people are at risk of famine in Yemen, where Saudi-backed forces are battling Iran-aligned Huthi rebels.

Save the Children is calling for an immediate end to the fighting so no more lives are lost,” Kirolos said.

“For every child killed by bombs and bullets, dozens are starving to death and it’s entirely preventable,” said Tamer Kirolos, Save the Children’s country director in Yemen. “Children who die in this way suffer immensely as their vital organ functions slow down and eventually stop,” he said.

“Their immune systems are so weak they are more prone to infections with some too frail to even cry. Parents are having to witness their children wasting away, unable to do anything about it.”

Hodeida port, the entry point for some 80 percent of food imports and aid into Yemen, has been under blockade by the Saudi-led coalition backing the government since last year.

As many as 85,000 infants under the age of five may have died from starvation or disease since 2015 in war-ravaged Yemen,

Save the Children said that it had been forced to bring supplies for the north of the country through the southern port of Aden, significantly slowing aid deliveries. It also reported a “dramatic increase” in air strikes on the battleground city of Hodeida.

“In the past few weeks, there have been hundreds of air strikes in and around Hodeida, endangering the lives of an estimated 150,000 children still trapped in the city. Save the Children is calling for an immediate end to the fighting so no more lives are lost,” Kirolos said.

The plea comes as UN envoy Martin Griffiths prepares to hold talks with the rebels in the capital Sanaa during a visit aimed at laying the groundwork for peace talks in Sweden.

The Huthis seized Sanaa in late 2014, when they also took control of Hodeida and its port. A year later, Saudi Arabia and its allies intervened in the war to bolster Yemeni President Abedrabbo Mansour Hadi.