Governance Crisis in Punjab: Should Punjab’s first man be changed?

Custodial killings and case of violence in Punjab demonstrate sheer incompetence of the current provincial cabinet. Should Prime Minister Khan consider to replace his first-man, Usman Buzdar, in Punjab? 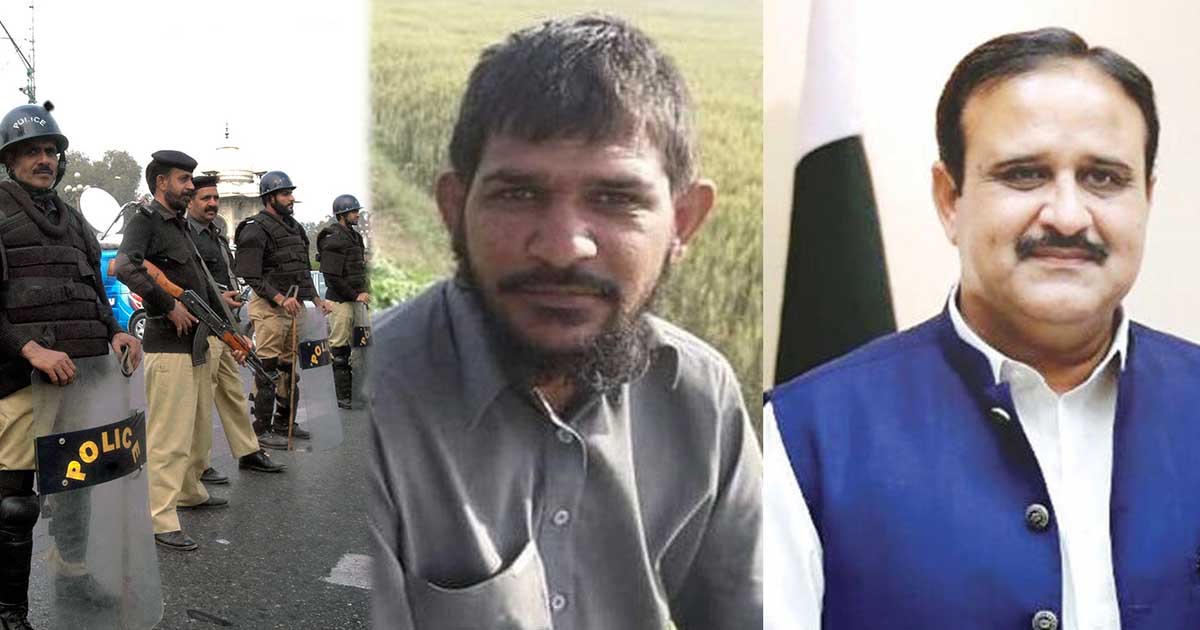 The Senate Committee panel on Monday suggested passing new, effective laws in order to prevent torture and custodial killings. In recent days, Punjab police came under criticism after several videos of torture and violence went viral. Punjab police officers were seen beating citizens up to death. A man died in a hospital in Lahore when two police officers in plain clothes were kicking and punching him.

The Senate Standing Committee on Interior which met here with its chairman Rehman Malik in the chair was given a detailed briefing by Inspector General of Punjab Police, Arif Nawaz Khan, about the death of ATM ‘robber’ Salahuddin in police custody in Rahim Yar Khan.

PTI govt had promised to being anti Torture legislation within one month. However, one year on, torture, custodial killings, private torture cells and 'black holes' internment centres continue in violation of Pakistan's int'l obligations; alienating citizen from the state. https://t.co/ExOuojjESr

Salahuddin’s case exposed the state of police reforms in Punjab. Social media erupted with the news and demanded a strict action against the culprits. However, senior officers initially maintained that no force was used against the accused.

Later on, the postmortem forensic report on the death of Salahuddin Ayubi confirmed torture marks on his body prior to his death, health department officials, as well as the District Standing Medical Board (DSMB) in Rahim Yar Khan, concluded. Medical Superintendent Dr. Ghulam Rabbani told media on Tuesday that the report was prepared by the Punjab Forensic Science Agency (PFSA) and was submitted to City A division police on Monday.

According to details, a resident of Gujrat’s Kamonkey district, Salahuddin was arrested from Rahim Yar Khan from an ATM booth after attempting another robbery. Police reported that upon his arrest Salahuddin had presented himself as being speech impaired but that claim was disproved later.

Now all efforts are being made to silence the family and divert the public attention. However, social media has become unmanageable for the Punjab police.

Fahd Hussain believes that the PTI must unveil its roadmap to end poverty and strengthen institutions if it is interested to enjoy popular legitimacy in the coming days.

Initially, some reports claimed that Salahuddin had been suffering from a health ailment earlier and is believed to have died from a heart attack. He was rushed to the hospital after his illness worsened. An inquiry into the cause of his death has been ordered by the District Police Officer.

However, the police’s version got challenged after the family shared pictures of Salahudin’s dead body. Police have apparently beaten him to death. Human rights activist Jibran Nasir said that “while Police claims #Salahuddin died due to cardiac arrest and is quoting a senior doctor as saying there were no torture marks without sharing the actual report the pictures taken by Salahuddin’s family of his body before burial are harrowing.”

While Police claims #Salahuddin died due to cardiac arrest and is quoting a senior doctor as saying there were no torture marks without sharing the actual report the pictures taken by Salahuddin's family of his body before burial are harrowing. pic.twitter.com/OpHjAopAOe

Politicization of police still continues to be the most challenging issue in the province. The PTI promised before coming into power to reform police and make it model institution. But after assuming the offices, the party has failed to introduce any change which might have impacted the performance of the police across the province. It has disappointed many of PTI’s supporters who were expecting to live in Naya Pakistan.

Prominent political commentator and Editor Fahd Hussain argues that “make no mistake: there is trouble — serious trouble — in Punjab.” Fahd argues that CM Buzdar has little or no control over police and bureaucracy in the province. “This trouble starts with the Chief Minister’s control, or lack of it, over the running of the province. Yes he travels regularly across the land suspending an odd official here and a random bureaucrat there, but his grip is weak on the affairs of the domain he lords over,” he wrote months ago.

While proposing solutions to ensure better governance in Punjab, Fahd suggests that “now Khan needs to make him (CM Buzdar) un-happen if he wants to return to his original vision. Today Punjab is a mess. Forget competing with Shehbaz; the province is on the brink of a major crisis.”

Read more: Punjab Police: The tale of Salahuddin might move Govt for reforms

Furthermore, it is argued that joblessness, poverty, inflation and politicized police along with a joint opposition may prove difficult for the Prime Minister to manage. As it is reported that it is the credibility of PM Khan which has allowed the government to sustain without any public resentment. Fahd Hussain believes that the PTI must unveil its roadmap to end poverty and strengthen institutions if it is interested to enjoy popular legitimacy in the coming days.

This is high time that the PM un-happens Usman Buzdar and allows someone efficient to sit in the driving seat in Punjab. The politicization of police and high-headedness of bureaucracy may cost a heavy price to the PTI.

Previous articlePakistan’s Marvels: Local Superheroes who will Fight for Pakistan
Next articleWill PPP join Anti-government March when JUI-F might use Religion Card

17 September 2021
Previous articlePakistan’s Marvels: Local Superheroes who will Fight for Pakistan
Next articleWill PPP join Anti-government March when JUI-F might use Religion Card