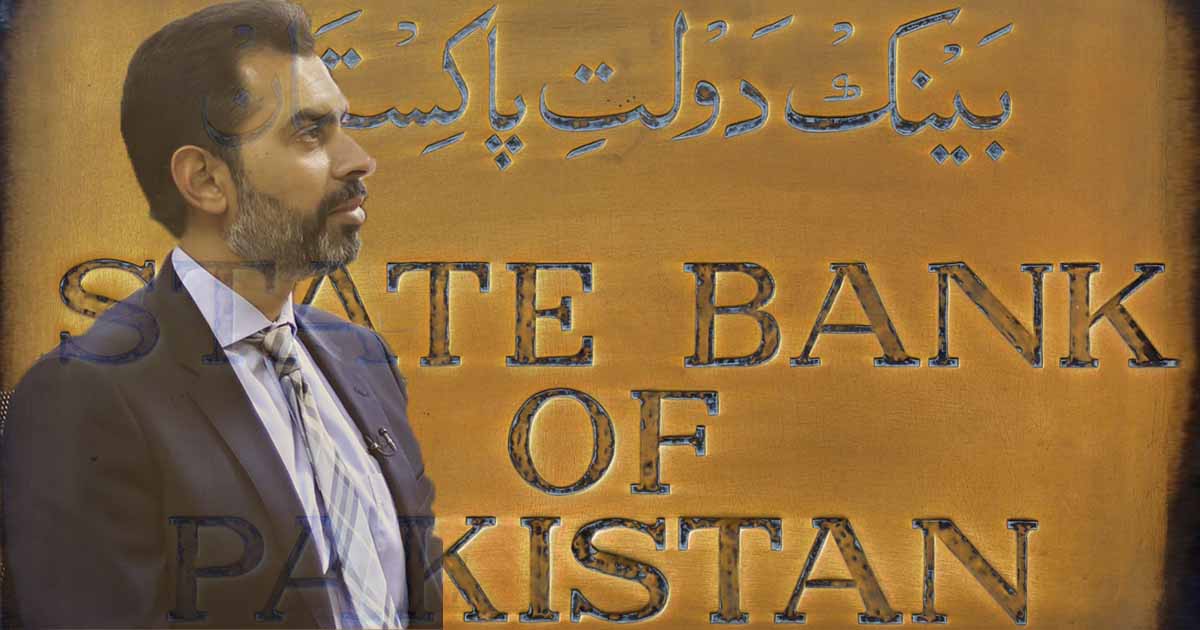 Every morning when I walked to school on the Mall, I passed by two State Banks. State Bank of India was located opposite the General Post Office (GPO) building. It now houses the banking tribunal. On the side road was the State Bank of Pakistan housed in a beautiful brick structure with a revolving main door. The Supreme Court Lahore registry now occupies this building. It was in this location that my schoolfellow Saqib Nisar as Chief Justice of Pakistan (CJP) summoned the mighty and the powerful.

Tariq Bajwa who recently stepped down as Governor State Bank also grew up in this structure. His father was incharge of security of the bank and lived on the upper storey. We all attended Cathedral High School which is not too far from this place, which has produced two Governors of the central bank (Shahid Hafeez Kardar, Tariq Bajwa).

It was on July 1, 1948, when father of the nation inaugurated the State Bank of Pakistan to manage currency and banking operations in the new land., Mr. Zahid Hussain was appointed the first Governor. He came with solid credentials, was Vice Chancellor of Aligarh Muslim University, Chairman of the planning commission and author of the first five-year plan.

In 1953 he was replaced by a prominent banker Mr. Abdul Qadir who served till 1960 to be replaced by another banker Shujaat Ali Hasnie. The financial scene of the country started to change when Muhammad Shoaib from the World Bank became the finance minister in 1958. He remained in this position till 1965.

A lot has been written about his innings including the de-classified CIA papers but for sure it was during this period that the floodgates of debt were opened. Most Governors of the State Bank then started to emerge from the international lending institutions like the World Bank, International Monetary Fund, Asian Development Bank, etc. Dr. Ishrat Hussain, Dr. Muhammad Yaqub Shamshad Akhtar who headed the central bank came through this route.

Dr. Reza Baqir took oath of office on May 04, 2019 as the 20th Governor of State Bank of Pakistan. He brings with him solid academic and professional credentials. Till recently he was heading the IMF programme in Egypt which is under the dictatorial regime of General Abdel Fattah el-Sisi who finally succeeded in capturing his own country. What Sisi did in Egypt in 2014, Ayub Khan did the same in 1958 in Pakistan. They both toppled elected governments and then opted for a debt-driven economy to please their western masters.

Pakistan of 2019 is different. There is an elected government in place that wants to come out of the debt trap. The nature of Dr. Baqir job is different in the land of the pure. As Prime Minister (PM) has a vision of making the country debt free as it was till 1958 when the Shoaibs of the world took control. The current mess has to be cleared while we focus on revenue generation to run the country.

The opposition’s rhetoric is totally unfounded as they were very comfortable with imported economic managers during their stints in power. In the last ten years (2008-2018) the external debt has spiralled from $34 billion to $94 billion an increase of $60 billion which is unprecedented and unmanageable.

Mr. Shabbar Rizvi is the second Chartered Accountant to head the Federal Bureau of Revenue (FBR) after Yousuf Abdullah who served during the regime of Pervez Musharraf. There was record revenue collection during this period. The name of the organization was also changed from Central Board of Revenue (CBR) to FBR. Pakistan needs to generate revenue from the rich and the powerful not from the toiling masses through indirect taxes.

As a nation, we must keep an eye on the internal and external ‘Economic Hitmen’ that started to control our economy and central bank from 1958 onwards converting us from a debt-free to a debtor nation.

Loans and corruption go hand in glove. According to the famous saying ‘easy come easy go’. Borrowed money has to be managed and then paid back with markup. Financial discipline plays an important role in the long term sustainability of a nation. The central bank has an important role to play. In the previous government, the value of Rupee was artificially maintained while it was allowed to free fall with the change of regime.

Under an elected pro-people government, Pakistan needs a change of direction. Loan driven IMF programmes cannot deliver prosperity. Dr. Hafeez Sheikh and Dr. Reza Baqir both bring valuable international funding experience but the direction has to be reversed this time around. For our sovereignty we need to come out of this trap, not to go deeper into the pit. Now that the corrupt and their corruption is being contained, debt too has to be drastically reduced.

Despite political pressures, the State Bank of Pakistan is organizationally sound. It is a well-run, functional institution where recruitment is carried out on merit. Issues of leadership have to be handled. The focus has to be inwards not outwards with no financial shocks, so far we have lived through two major upheavals.

Under Dr. Yaqub the freezing of dollar accounts after the nuclear explosion and the massive devolution of Rupee under my friend Tariq Bajwa have hit us hard. Hopefully, better days will come under the changed regime and the new economic managers in the saddle. We certainly need to manage our currency well to be economically viable and to contain the ravages of debt.

Read more: Rupee Devaluation: Was the State Bank’s Independent policy the cause?

The honeymoon on borrowed money is now over; it is payback time to put our financial house in order. As a nation, we must keep an eye on the internal and external ‘Economic Hitmen’ that started to control our economy and central bank from 1958 onwards converting us from a debt-free to a debtor nation. It calls for a Captain’s knock from the Kaptaan, for which he needs support, not criticism.

Chinese e-commerce giant to begin services in Pakistan this year

How to protect your data online?