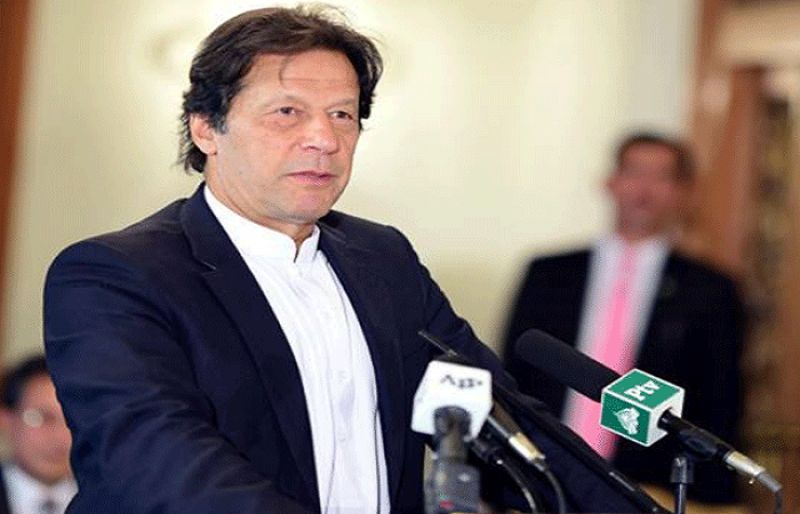 Earlier this month, the premier had tweeted that Pakistan needs skyscraper models as the growing population needed space management to accommodate more green space. “My vision for our future cities: to allow buildings to rise vertically and allow for more green spaces as Pak is one of the most environmentally-threatened countries. Avoiding large sprawling built-up areas will also allow the easier provision of amenities to our urban dwellers”, PM Khan tweeted on March 2nd.

PM Khan said that state land worth Rs500 billion was cleared of encroachments in the federal capital alone and announced that the poor won’t be evicted from the state land.

“There is a need of ten million houses in Pakistan at present,” the prime minister said today while speaking at an International Housing Conference in Islamabad. He announced to launch what he coined as his government’s ambitious housing project in the next month to provide five million houses to the low-income strata of society.

Naya Pakistan Housing scheme was the talk of the town when PTI had come to power and it had been criticized for not coming up with a strategy to back the project. Finance Minister, Asad Umar, had appeared on Doctor Moeed Pirzada’s prime time show at GNN “Live with Moeed Pirzada” and explained that the government had already put a circular fund in motion for the initiation of the project, which PM Khan has now announced to being launched in April 2019.

Read more: Building five million houses is as much a challenge as an…

A Memorandum of Understanding (MoU) was signed between Pakistan and the World Bank for cooperation in the housing sector at the event. PM Khan said that this housing scheme will be executed with assistance from the State Bank of Pakistan (SBP) and the private sector. 40 other industries linked with the housing sector would also benefit, the Premier told.

Noting that constructing five million houses is a daunting task, PM Khan said once the project will get underway, the number of houses to be constructed will see an upward trajectory every year.

Talking about the involving private sector in the scheme, PM said, “There are 40 industries directly involved with housing. By inviting the private sector into this project we are opening the doors of entrepreneurship for young people.”

The premier also announced that during last federal cabinet meeting a decision was reached to declare the concealing of land and property a criminal offence in Pakistan. PM Khan said that state land worth Rs500 billion was cleared of encroachments in the federal capital alone and announced that the poor won’t be evicted from the state land.

Previous articleWill PPP’s Caravan-e-Bhutto be a successful campaign against the government?
Next articleBlacklisting Masood Azhar: China Urges US to refrain from forceful actions

17 September 2021
Previous articleWill PPP’s Caravan-e-Bhutto be a successful campaign against the government?
Next articleBlacklisting Masood Azhar: China Urges US to refrain from forceful actions