A JuD spokesperson said that the charges Hafiz Saeed was arrested under were still not known but they appeared to be linked to terror financing. 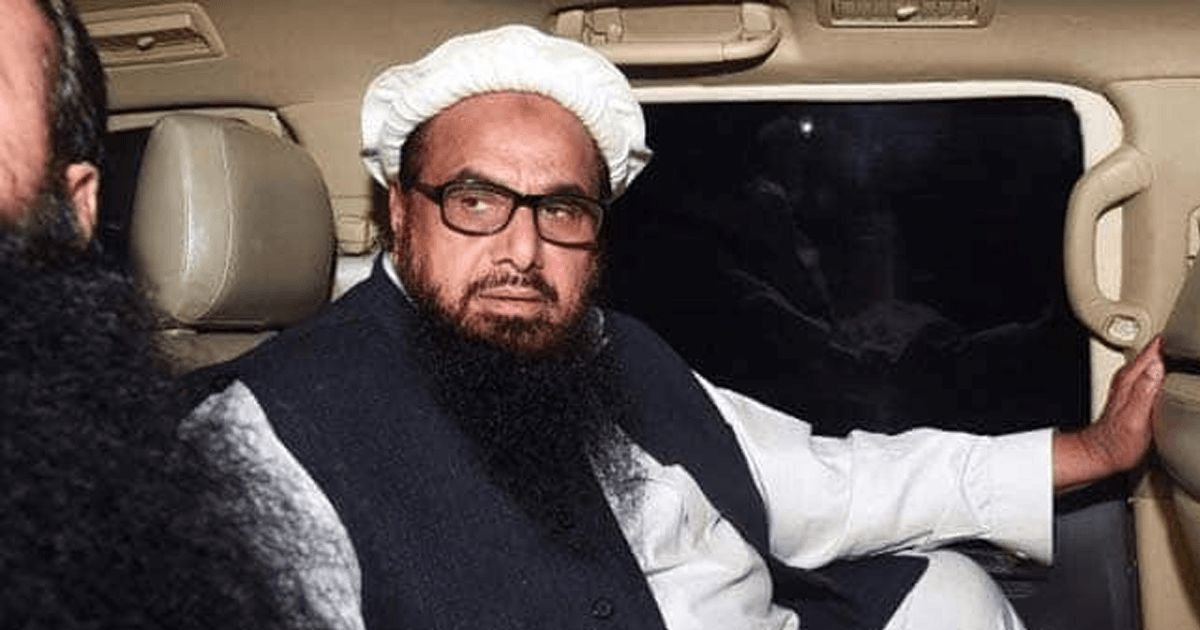 Hafiz Muhammad Saeed, chief of the Jamatud-Dawa (JuD) has been arrested by the Punjab Counter Terrorism Department (CTD), just two days after a Lahore court granted him pre-arrest bail.

The bail was granted by an Anti-Terrorism Court (ATC) in Lahore in a case that alleged that Hafiz Saeed’s JuD had made illegal use of a piece of land for their seminary.

However, Hafiz Saeed was arrested on Wednesday morning as he was heading to Gujranwala from Lahore to get another pre-arrest bail form the ATC there. Media reports said that the leader was arrested inside the boundaries of Gujranwala because his bail was already in effect in Lahore.

A JuD spokesperson said that the charges Hafiz Saeed was arrested under were still not known but they appeared to be linked to terror financing. Media reports said that Hafiz Saeed had been shifted to an unknown location.

Punjab Government spokesperson Shahbaz Gill confirmed Saeed was arrested near Gujranwala. “The main charge is that he is gathering funds for banned outfits, which is illegal,” Gill said.

On July 3, top 13 leaders of the banned JuD, including Hafiz Saeed were booked in nearly two dozen cases for terror financing and money laundering under the Anti-Terrorism Act, 1997. The cases alleged that JuD was using front companies to collect donations that were used to build assets that were in turn used for terror financing.

Pakistan is cracking down on money laundering and terror financing to avoid the Financial Action Task Force (FATF) blacklist. It is already part of the international money laundering watchdog’s grey list.

Hafiz Saeed is the leader of the US-designated terror group Lashkar-e-Tayyiba (LeT) which is alleged to be involved in the 2001 Mumbai attacks. US and India also believe Hafiz Saeed was the mastermind of the 2008 Mumbai attacks in which over 160 people were killed. The US $10 million reward for information leading to Saeed’s conviction over the Mumbai attacks.

The news of Hafiz Saeed’s arrest comes just days before PM Imran Khan heads to the US for a meeting with President Donald Trump. Both countries hope to enter a new era of cooperation through the meeting.