Naimal Khawar also shared the image of the baby boy holding her finger on Instagram. In the captions, she wrote, "The most pure form of love". 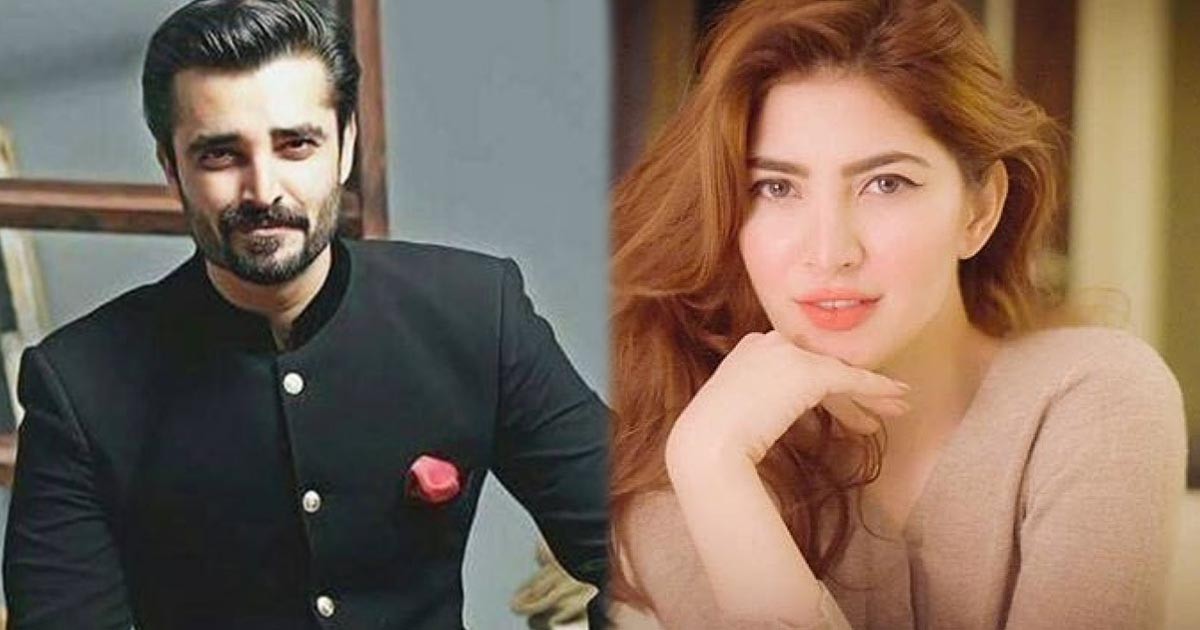 Actor Hamza Ali Abbasi and wife Naimal Khawar were blessed with a baby boy on Monday. The actor announced the birth of the baby boy on Twitter on Monday morning. The couple has named the son Muhammad Mustafa Abbasi.

“Allah has blessed me and Naimal with a baby boy, Muhammad Mustafa Abbasi. I pray that he becomes a grateful servant of Allah, a good, humble & honest human being and may Allah bless him in this life and the next. Please pray for us,” he said.

Naimal Khawar also shared the image of the baby boy holding her finger on Instagram. In the captions, she wrote, “The most pure form of love”.

Felicitation and warm wishes poured in for the couple. Fans, followers and colleagues congratulated the couple on their first child.

Hamza Ali Abbasi married Naimal Khawar last year in August. The celebrities kept their relationship private. However, a few days before their wedding a wedding card with their names on it circulated on social media that stimulated curiosity of fans and followers on social media.

Later, Hamza Ali Abbasi confirmed the news of his wedding with Naimal Khawar in a Facebook post. The confirmation from the actor came in the evening, after social media had been in a frenzy for the whole day.

The netizens gave an overwhelming reaction to Abbasi’s expression of love for Naimal Khawar, in which he asserted, “Now we can’t even breathe without each other.” A large number of people appreciated the two actors for keeping their relationship low-key in public.

Allah has blessed me and Naimal with a baby boy, Muhammad Mustafa Abbasi. I pray that he becomes a grateful servant of Allah, a good, humble & honest human being and may Allah bless him in this life and the next. Please pray for us❤️

Abbasi added that he did not have a long relationship with the actress but she was his friend for two-years and one day he asked for her hand in marriage to which she agreed. The actor shared the snapshot of his Facebook post on his Twitter account and captioned the image, “Yup, it is true.”

The actor-turned-Islamist Abbasi said, “Allah makes a man like me, who could never sustain anything emotional with the opposite gender, could never comprehend the idea of marriage in his head, Allah makes that man go up to his very platonic friend for 2 yrs Naimal and tell her that he doesn’t want a relationship (that GF/BF non sense) neither is he claiming to be in love with her but he wants to marry her with the intention of strengthening his very turbulent efforts to walk a path which pleases Allah.”

Following their marriage, the actor posted an image on social media in which he showered on his wife Naimal Khawar. He called her Allah’s “most precious gift for him”.

Taking to Instagram, the Alif actor shared an adorable throwback photo with wifey and wrote, “We took this picture almost 2 yrs ago when I asked my artist friend for painting & she made me this beautiful calligraphy.”

“I had no idea that this friend of mine will become my wife and Allah’s most precious gift for me,” he said.

Thank you, Allah, for making me fall in love with this amazing and beautiful human being and thank you for making her love me back. 7 months have gone by since we got married and I thank Allah for every second I spend with you.” He also showered love on his wife with a heart emoji and wrote, “I LOVE YOU @naimalkhawarkhan.”

Hamza Ali Abbasi had announced to quit the showbiz industry. He was last seen in Geo TV‘s spiritual drama serial Alif along with Sajal Ali and Kubra Khan.

Just a few months after his wedding, Hamza Ali Abbasi waved a temporary farewell from the showbiz industry.

Hamza Ali Abbasi has announced to quit acting for a long time if not forever. Abbasi in his long video message, posted on his YouTube channel and Twitter account, asserted that he will focus on spreading the message of God and Islam.

Pakistan blasts US for its inclusion in ‘religious freedom’ blacklist

Women not allowed to worship in Modi’s India