Has democracy died in India? 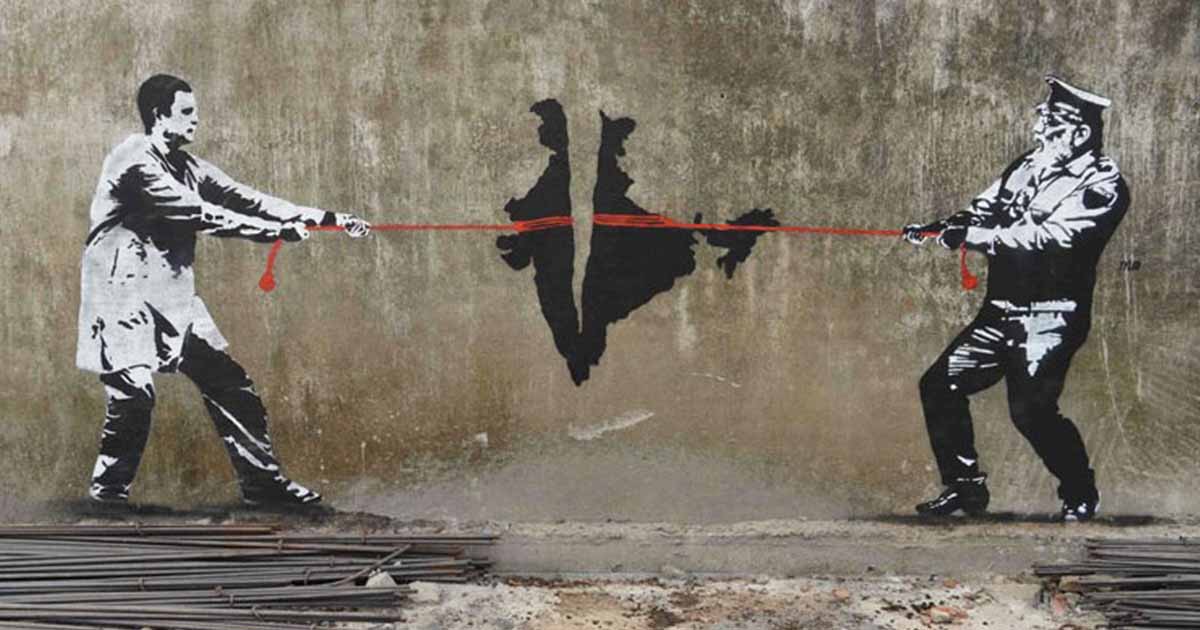 Plato once said, “Your Silence Gives Consent.” An intellectual 2400 years ago knew this but Indians have only come to realise it today. Protests against Narendra Modi government’s Citizenship Amendment Act (CAA) have engulfed India. It started in and around Delhi in some academic campuses on 12 December 2019 and since then it has been fast spreading and has now spread to small towns and villages in India and all over world from London to California.

Primarily Muslim students started the protest and others joined in and it has taken the shape of a mass movement with the support from major Opposition parties, Bollywood Actors, civil society organizations, activists, and other intellectuals. Surprisingly a large number of female students are at the forefront of these rapidly unfolding protests against Modi’s authoritarian regime.

India’s minorities, particularly Muslims have not only been subjected to blatant discrimination but also various forms of mob violence

Organizations representing Dalits and Christians have been taking part in the protests that have plagued 13 states across the country. In the international arena, America and Gulf Countries have issued warnings to their citizens to not go to the specific states of India to avoid any danger. Violence is a high-risk option as it often brings backlash from the regime as violence ensuring from protests is high-risk due of the probable reaction from the regime.

Nepal, a country now secular, serves as a noteworthy example. In 1951, 303 million Hindus lived in India which grew to 966 million in 2011. Today common Hindu citizen od India would think vehemently that he is not against any other Hindu? He is as good a Hindu as anyone can be. He stands against the Hindutva criminal gang.

BJP’s miscalculated and biased policies have led to the internal upset in India. Modi has destroyed Indian secularism and tried to implement extremism. Liberal and enlightened Indians, specifically Hindus, have louder voices than Indian Muslims against CAA. It was clear from the beginning that the Indian constitution was secular but not the Indian society.

But with the advent of Modi, Indian government is has taken the face of Hindu Orthodoxy or religious fanaticism which arguably exited previously as well but state had distanced itself from such emotions as it sold itself as a secular and diverse state. This questions India’s claim to be a democracy, as noted by the Washington Post, and solidifies the belief that wars are initiated by governments not the people, Hitler and Mussolini are stark examples.

Pakistan tried to advance the hand of friendship to India to improve the conditions of the 250 million Indian Muslims who live there, especially for the people of Kashmir but to global dismay India did not respond positively. India’s minorities, particularly Muslims have not only been subjected to blatant discrimination but also various forms of mob violence. The lynching of Muslims on suspicion of eating beef or smuggling cows has become quite regular and the Muslim youth has been harassed by the police and ruling party cadres.

Both countries have arguably achieved nothing from their enmity. In past few days, 22 people Including a 8-year old child have been killed by Police in CAA Protests and all in BJP ruled states. 1500 arrested, 4000 plus detained including more than 200 intellectuals. About 500 lawyers have stepped up to offer their assistance to those battling CAA but this help is not sufficient and only a small percentage of people can access legal assistance, a concern voiced by intellectual minds such as Arundhati Roy.

Fortunately, unlike on other issues like triple talaq, Kashmir or Ayodhya verdict, opposition parties criticized the CAA. Indian parliament has passed the CAA but seven chief ministers have rejected to adopt it in their states. Modi is visibly flustered by the lack of support from local state governments and the wider public.

In India, Right Wing Modus Operandi are bound by their hatred for Gandhi, Nehru and his family but they play victim on the argument that seculars are bound by their hate for Modi. Their right wing ideology spreads hate, targets minorities, are cheers on violent action but ironically victims itself and falsely accuses anyone who doesn’t agree with them of being Urban Naxals. They defend even their convicted criminals and seek swift punishment for others on mere suspicion.

Modi and his allies have clamp down on media, freedoms of common citizens, created policies that destroy the economy but their slogan says ‘Sabka Saath, Sabka Vikas, Sabka Vishwas”. All the whilst complaining, “Hindu Khatre main hain”.

Furthermore, Modi’s government is accused of engaging in land grabbing in the Kashmir Valley and the unrest in the country is mimicking the conditions imposed in the valley for the last four months.

At the end, Pakistan is needs to carry out diplomatic steps to improve its reputation and must ensure the world that until and unless the western countries cross the line to put pressure on India, things will only deteriorate. Indian Government will never stop the human rights violations in IHK and other conflicted areas. Pakistan must address the sustained propaganda of terrorism by western countries and India against itself to establish a strong stance against India’s cruelties.

Therefore, a combination strategy that relives the misconceptions regarding Pakistan and highlights BJP’s questionable agenda must be undertaken. spreading awareness in the world about chances of false flagship operations from Indian side against Pakistan is crucial and India’s intentions are open secret for world but economic interests of other countries inhibit them to adopt or support the truth. Indeed, it is obvious that Indian democracy has died and Shining  India has lost its shine and “Achay Din”.

Pakistan is not a defenseless force, rather it holds a battled hardened army. Pakistan army is one of the few that has defeated organized terrorism which denotes it capability to combat any neighboring tensions and violence.

Dr. Zeeshan Khan is a medical professional, a content writer, certified trainer, and a Poet. He is a motivational speaker, Cultural-cum-Political Analyst, and a columnist. He has written for a number of English and Urdu dailies like Dawn, Express Tribune, The Business, The Educationist and Roznama Pakistan, etc. He is also Alumni of LUMS.

What does Kabul’s closeness with Delhi mean for Pakistan?

The gateway to peace: Kartarpur serves as more than just a symbol