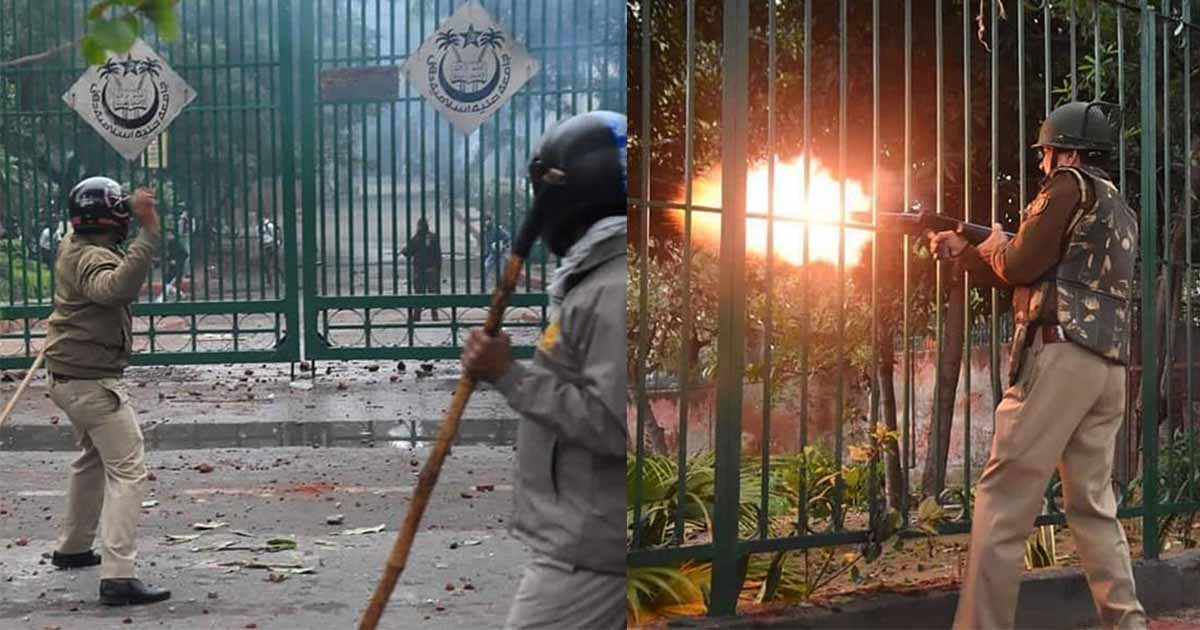 As the Indian government is cracking down on protests against a new anti-Muslim citizenship law, we take a look at the Hindu nationalism behind the violence taking place in India today.

As protests rage, AFP looks at this and other steps since Modi swept to a second term in May that have struck fear among India’s 200 million Muslims, other minorities and some in the international community.

Until October 31, Jammu and Kashmir was the only Muslim-majority state in India, and its special status and partial autonomy in the Indian constitution has long rankled with Hindu nationalists.

On August 5, parliament moved to strip Kashmir — where an armed rebellion against Indian rule has raged for decades — of this status and split it into two territories directly ruled from New Delhi.

Read more: An American & an Indian Journalist together report the horrors of Kashmir

Modi said this was to foster economic development and tackle corruption but many Kashmiris believe the real reason was to dilute the region’s identity by allowing Hindus to migrate there.

A citizens’ register in Assam state finalised this year left off 1.9 million people, many of them Muslims, who now face possible statelessness, detention camps and even deportation.

Modi’s right-hand man Amit Shah said this month he intends to replicate the “National Register of Citizens” nationwide with the aim of removing all “infiltrators” from India by 2024.

Muslims, who in Modi’s first term saw many Islamic-sounding cities renamed and the role of Muslims in India’s past expunged from some history textbooks, worry that Shah has them in mind.

India’s top court ruled in November that a Hindu temple could be built in Ayodhya on the site where a mosque was demolished by Hindu zealots in 1992, in a major victory for Modi’s supporters.

Since the 1980s the construction of such a temple — which Shah said on Monday would be “sky-touching” and erected in four months — has been a campaign pledge of Modi’s Bharatiya Janata Party (BJP).

For critics the ruling served to legitimise the mosque’s destruction — and to give free rein to further possible acts of vandalism and violence.

The latest move is a law making it easier for millions of illegal immigrants from three neighbouring countries to get citizenship — but only Hindus, Sikhs, Jains, Buddhists or Christians.

Why are people protesting in India?

Modi said the law, passed by parliament last week, does not cover Muslims because they do not face persecution in the three Islamic-majority countries concerned, Bangladesh, Afghanistan and Pakistan. Passed last week, the legislation has sparked major demonstrations which raged across the country on Tuesday for another day.

The epicentre of the demonstrations has been in northeast India where locals have a different concern: that it will grant Bangladeshi immigrants citizenship, many of whom are Hindus.

Read more: Hindu nationalists claim that the Taj Mahal was originally a ‘temple’!

“What Modi has been doing is a majoritarian capture of power, which lacks any concession for minority rights.”

The UN human rights office said last week it was concerned the law “would appear to undermine the commitment to equality before the law enshrined in India’s constitution”.

The US State Department urged “India to protect the rights of its religious minorities in keeping with India’s constitution and democratic values.”

“What ultimately emerges from this is unclear, but it does seem that the bedrock principles of democracy in India are increasingly imperiled.”

But more may be in the pipeline. On the BJP’s wishlist is a uniform civil code, doing away with personal laws for all religious minorities in areas such as marriage, family and death.

“What we are seeing playing out here is an aggressive pursuit of a Hindu-nationalist agenda — one that has troubling implications for the secularism and religious pluralism that has defined Indian democracy for decades,” said Michael Kugelman from the Wilson Center think-tank.

“What ultimately emerges from this is unclear, but it does seem that the bedrock principles of democracy in India are increasingly imperiled.”

Clash of titans: The political battle for NA-125