Has Nawaz Sharif finally signed a deal with the establishment?

Several reliable sources have confirmed that a deal has been signed. The former premier is likely to leave for London for his treatment. Money is likely to be returned in the next few days. Government representatives are refusing such reports and questioning their credibility. 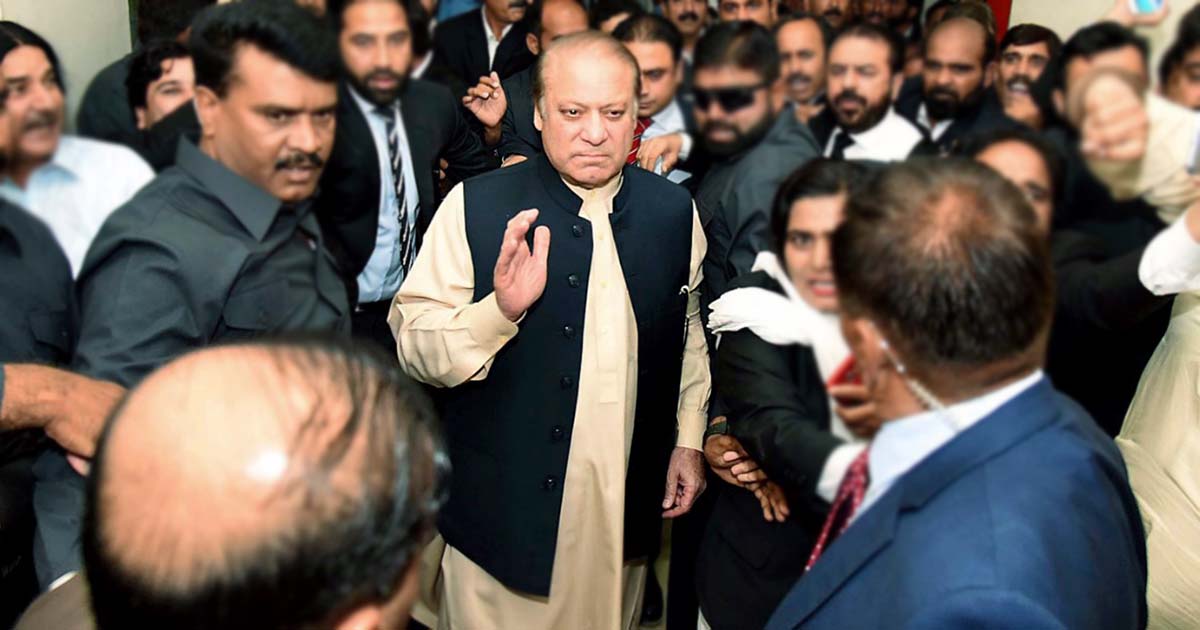 There are some reports which claim that a deal has been signed between the government and two mainstream political parties, Pakistan Muslim League-Nawaz (PML-N) and Pakistan People’s Party (PPP). Reliable sources told GVS that former Prime Minister Nawaz Sharif will soon leave for London after he gets bail from the Islamabad High Court. Mr. Sharif has been granted bail on medical grounds by the Lahore High Court within 31 hours of the petition being filed.

Sources claim that the deal was primarily signed between Sharifs and the establishment, and the government was taken into confidence after that. Prominent anchor Sabir Shakir has revealed that the PML-N and government have reached to a deal. “Nawaz Sharif is willing to return 5 to 7 billion dollars,” he said. Despite multiple efforts, GVS could not verify these claims.

Senior analyst Arif Hameed Bhati also confirmed that the former premier is likely to leave for the UK in next few days. He declined to comment on the verdict of the LHC, saying “I cannot say anything otherwise I shall be issued served with contempt of court notice”.

Analysts believe that different plans were offered to Mr. Sharif by the establishment and one of them was to return money and get released. Sources in Lahore and Islamabad confirmed that such reports are credible and a deal has reportedly been signed.

It is worth noting that the former prime minister has been diagnosed with acute idiopathic thrombocytopenic purpura (ITP). He is scheduled to undertake four doses of the IVIG treatment over the next three days. Until the treatment is completed, his platelet count is likely to remain low. In order to stabilize his platelet count, he will be given transfusions of platelets.

On Friday, a two-member bench of the LHC, led by Justice Baqar Najafi, presided over the hearing. The prosecutor of the National Accountability Bureau (NAB) informed the court that the illness of the former prime minister is treatable.

However, the defense team maintained that Nawaz Sharif’s condition is “serious”. Dr. Ayaz Mehmood, the head of the medical board established at Services Hospital to treat the former premier, informed the court that Nawaz’s platelet count was constantly declining.

Dr. Ayaz also informed the court that the PML-N supremo is suffering from multiple health conditions, and he has been receiving transfusions of platelets almost on a daily basis. The former premier’s 14-day physical remand in the Chaudhry Sugar Mills reference also concluded today.

The IHC, on the same day, adjourned the hearing of Nawaz Sharif’s petition for suspension and bail in the Al-Azizia case on medical grounds. The petition was filed by the Leader of the Opposition in the National Assembly, Shehbaz Sharif, on Thursday.

A two-member bench comprising of Justice Mohsin Akhtar Kayani and Justice Amir Farooq presided over the hearing of the petition. Upon their inquiry about Nawaz Sharif’s health, Dr. Saleem Cheema, Medical Superintendent of the Services Hospital and a member of the medical board set up to treat the former premier, informed that Nawaz’s health condition was “dangerous”.

Experts believe that after the decision of the LHC, there are less chances of rejection of bail by the IHC. Since it has been established before the court that Nawaz is not well.

Political commentators who spoke to GVS believe that while Nawaz may be genuinely sick, impression is growing of a deal to create a sympathetic atmosphere in which he can be allowed to leave for London while cases against remain pending in courts. Those who suspect a deal point towards past. If history of Pakistan is anything to go by, then reports of a deal might as well be true.

No politically powerful person in Pakistan’s history has ever been punished in a court of law in a corruption case; convictions even if obtained in lower courts are almost always overturned by superior courts. System simply does not have the will to punish powerful people- they argue.  In this case powerful sections of media, doctors and other actors active behind the scenes may be making a case to pressurize Prime Minister Imran Khan to let Nawaz go to London under a medical emergency, its being said.

Enemy at the gates