Has PTI achieved its political goals in KPK? 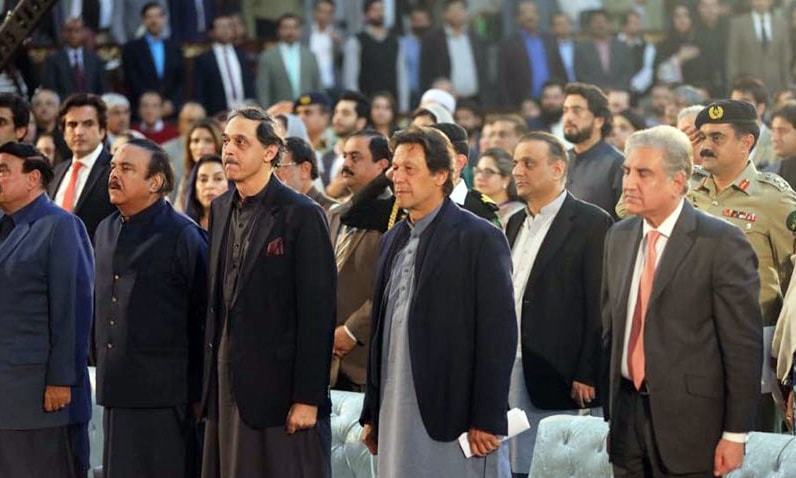 In an exclusive discussion with GVS, Shah Farman, Information Minister, Khyber Pakhtunkhwa, claimed that PTI’s political goals were always different from other political parties and PTI has successfully achieved most of those goals – and will meet more of its promises before the next general elections.

Shah Farman was explaining PTI’s impressive success in the recent by-elections in NA-4, Peshawar constituency, from where he also holds his provincial seat in the assembly. (PK-10). According to PTI’s information minister, this election, and the margin of victory was a clear affirmation of PTI’s politics since 2013. Most political pundits had thought that PTI will barely win the elections given the alliance between PMLN and JUI(F) and strong campaign by PPP and ANP.

PTI’s Information Minister argued that his party had set three main “political goals” in Khyber Pakhtunkhwa, from the very beginning. He described them as: Achieving Peace, Reducing Corruption and providing “Jobs on merit”.

Why was ‘achieving peace’ so important for the party? He explained that province of KP had suffered very badly as a result of terrorism and the grim law and order situation that prevailed since 2007. “our people in towns and villages across KP were worried for their lives, and the lives of their loved ones”, he argued, and providing them with security of life, in homes and streets was PTI’s first and foremost priority. We achieved that through our police reforms, which have been praised by everyone in Pakistan, he asserted. He claimed that his party has provided security of tenure, stability and autonomy to the police organizations leading to marked improvement in public confidence on police. “today FIR’s can be registered though phone calls or even sms”.

Providing jobs based solely on merit was a unique point that PTI used throughout their election campaigns and it is one of their main goals as well. According to Shah Farman, PTI has made sure jobs are provided on merit only and have created a system of providing jobs relying upon academic performance and NTS scores. “We have done away with oral interviews, because oral interviews open space for influence peddling” He asserted. He claimed that in public education sector, PTI has created 40,000 jobs for teachers – 15,000 in peripheral areas alone. According to him, more than 3000 doctors have been added; and in peripheral areas the salaries of doctors have been raised three times.

When PTI took over in Khyber Pakhtunkhwa after the 2013 elections; the law and order situation there was quite poor. Terrorist attacks were common and people’s lives in cities and towns was in chaos.

Shah Farman argued that while PTI has not been able to finish corruption but the party has taken many important steps to deal with corruption as well. He says they have completely revamped the patwari system and made it less corrupt. Goal was to reduce the hidden costs of conducting business transactions of which land transfers is a major component. Providing peace, jobs on merit and reducing corruption are party’s proud achievements, and KP public that is notorious for throwing out the incumbents is expressing its confidence in the performance of PTI government; success in NA-4, by-elections is thus symptom of that confidence.

Shah Farman said that PTI government has not only created 40,000 teaching jobs in the past 4 years, but they have begun hiring teachers at the union council level (UC level) so each teacher serves in his or her local area and teachers do not flood to the cities only – as it happens in other provinces, where jobs are often doled out from the provincial cadres. He added that is party has not only added 3000 doctors across the province but has struggled hard to create “boards of governance” for the major hospitals.

Shah Farman intends on spending a further 12 billion rupees on more hospitals once funds are available. He also wants to improve the facilities in hospitals in the province and introduce a board of governors in big hospitals to change the health dynamic of Khyber Pakhtunkhwa.

GVS asked Shah Farman, that why PTI has not created any new hospitals in the province despite the dire state of hospitals for instance the three large hospitals in Peshawar and whether anything is being done to fix that problem. PTI Minister had a lot to say. He admitted that given constant increase in the population of Peshawar, with many people moving to the city every year, the three main hospitals are under severe pressure. But he said their strategy has been to reduce load on large city hospitals by focusing on district hospitals. He claimed that 26 district hospitals have been systematically improved – mainly by the provision of doctors who were persuaded to go the peripheral areas by salary incentives. According to KP’s Information minister, his government has studied the situation and, in second step, has now a plan to spend Rs. 12 billion on improving the logistics and equipments of these district hospitals, which will further reduce the pressures on Peshawar hospitals. This strategy though awaits release of funds by the federal government, that holds on to Rs. 36 billion of KP share.

Shah Farman’s claims fly against the commonly held beliefs in media that KP government has not been able to deliver. Unlike Punjab, where CM Shahbaz Sharif has inaugurated or is working on several big and visible public projects, PTI has less to show in terms of brick and mortar. However PTI’s minister argues that his party had a different political philosophy and some sections of media don’t want to acknowledge what his government has achieved, however public in KP knows the change that is coming to their lives in terms of better policing, improved law and order, reduced corruption, raised educational standards and safer basic health facilities. Reduced poverty levels is a symptom of that improved governance. Will other parties and mainstream media agree to that characterization remains a big question, but impressive performance of party in recent NA-4 elections provide some support to the claims of PTI’s confident minister.

US VS RUSSIA: Turkey to be scrapped off the F-35 program