Hasan Ali set to tie the knot with an Indian girl

Hasan Ali is the latest in the camp of Pakistani cricketers to marry a girl from India. 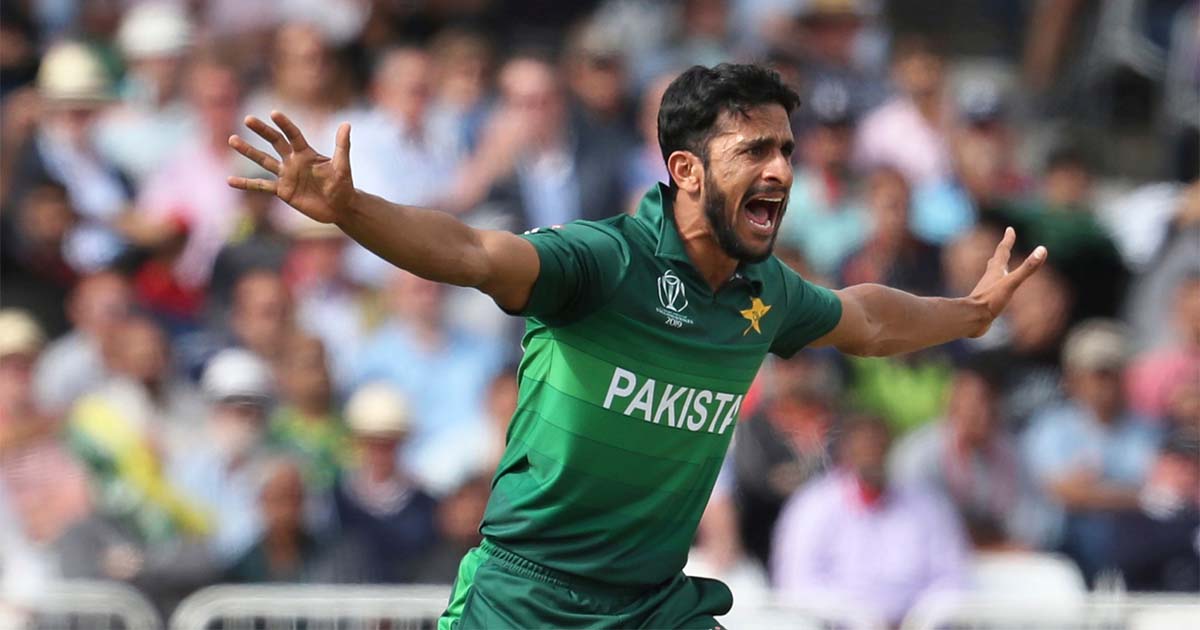 Pakistani cricketer Hasan Ali is set to tie the knot with a Dubai-based Indian girl, Shamia Arzoo, later this month. As per a news report, the Nikah ceremony will be held on August 20th, in Dubai.

The report states that Shamia Arzoo works for a private airline and hails from Haryana. She studied engineering from England and lives with her parents in Dubai, with some of the family members in New Delhi, revealed the report. Quoting family sources, it was further said that Hasan first met Shamia through a close friend in Dubai.

As soon as the news of his nuptial made waves on social media, Hasan Ali took to Twitter and informed that the wedding date is not confirmed and the families are yet to meet. “Just wanna clarify that my wedding is not confirmed yet. Our families have yet to meet and decide upon it. Will make a public announcement very soon,” he said in a tweet.

As per fresh reports, the pacer has bought a new house for his

bride Shamia Arzoo, which is currently being furnished for the star bowler’s upcoming wedding ceremony. Talking to a news channel, his brother Atta-ur-Rehman revealed, “We will fly to Dubai on the 17th-18th next month.

Hasan Ali, however, in his latest statement, said that he is aware of the excitement of his fans for his marriage but he will make the formal announcement in a day or two.

“I am a professional player and I know I have an overwhelming number of fans who are interested in my marriage. I’d like them to know that nothing is confirmed yet.” Adding, “Give me two days and I will make an official announcement as soon as something is finalized.” Shamia’s father Liaquat Ali said in an interview that many of his relatives live in Pakistan.

Social media sprung with messages of felicitations, his colleagues from the cricketing fraternity and his friends expressed warm wishes for him. Meanwhile, hilarious reactions emerged on Twitter from Pakistani Twitter users as another Pakistani cricketer is set to marry an Indian girl. Some Pakistani users, however, lamented Hasan Ali’s decision to marry an Indian girl and not a Pakistani.

After Hassan’s tweet, you all must know that Ihtisham’s sources are always fast, true & different.
Congratulations Hassan Ali, We are all. Happy for you. #HassanWedsshamia https://t.co/tbBYbY0uBi

Test cricketer Hassan Ali is going to be married on the 20th of August . His wife Shamia Arzoo is from India, Nikah ceremony will be held next month while Rukhsati will be next year.

Interestingly, a picture circulated on social media which netizens mistakenly dubbed her as the future wife of Hasan Ali, it was later revealed that the girl is a married beauty blogger with a baby, named Shamia ‘Azmin’ not ‘Arzoo’. The family of Hasan Ali has not officially released the picture of Shamia Arzoo yet.

#HasanAli is not marrying this girl please stop using her pictures, she is already happily married and have a kid. Her name is Shamia Azmin not Shamia Arzoo. pic.twitter.com/QKTT1a8y6L

She is already married and her name is shamia azmin not shamia arzoo. Wtf is wrong with u all #HasanAli pic.twitter.com/Q6PPB3jSbL

Pakistani girls are much more beautiful than Indians girls. No need for looking at artificial beauty when your own country have natural beauty.
But may be Pakistani cricketer found a unique way to be brother-in-law of whole India. 😛#ShamiaArzoo #HassanAli

He was in the United Kingdom for a tournament when he met Rita in London, where she was studying interior designing. The couple later tied the knot in 1989. Rita later embraced Islam and changed her name to Samina Abbas. The couple now lives happily in Karachi. Cricketer Mohsin Khan too wedded an Indian filmstar, Reena Roy. Unfortunately, the couple soon parted ways.

Hassan Ali made his international cricketing debut for Pakistan on August 2016 in a One Day International (ODI) match. The following summer he was selected in Pakistan’s squad for the 2017 ICC Champions Trophy and went on to win the tournament with Ali being named player of the series after taking thirteen wickets. He became the quickest bowler for Pakistan to take 50 wickets in ODI history.