Hassan Niazi, nephew of PM Khan, apologized after participation in violence at PIC

Social media calls for action against Hassan Niazi, PM Imran Khan's nephew, after he was spotted with the hooligan lawyers vandalizing public property at the PIC yesterday. Social media says PM Khan must practice his principle of 'no one above the law' in Hassan Niaz's case- which was a crucial component of Riyasat-e-Madina. 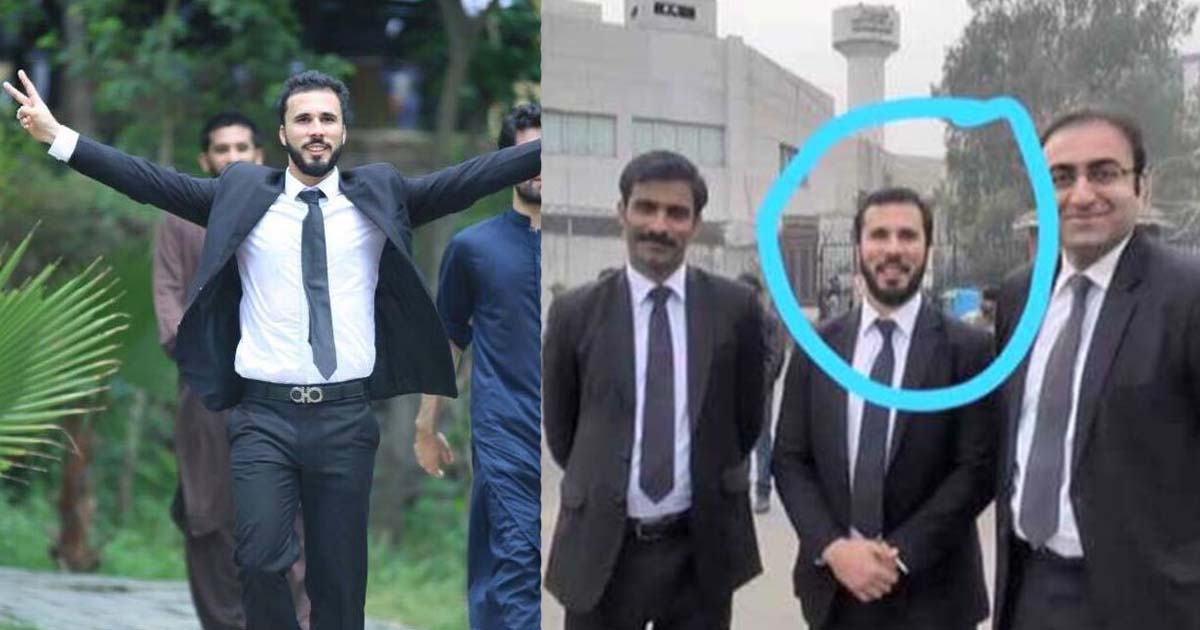 Hassan Niazi, the nephew of Prime Minister Imran Khan was spotted yesterday among the violent mob of lawyers that assaulted the Pakistan Institute of Cardiology in Lahore.

Several videos circulating on social media showed Hassan Niazi vandalizing a police van on the premises of the PIC. The mindless vandalism by the lawyer community at a hospital sent shock-waves across the country.

The grim images from the PIC of heinous hooliganism by a blizzard of furious lawyers stomping the roads of Lahore, clashing with law enforcement authorities, attacking provincial minister Fayaz-ul-Hassan Chohan and the patients at the hospital dismayed the nation.

Kindly keep politics above the deaths of these victims. Im genuinely disturbed. Look what have we done in lahore. We all should be on same page on this. https://t.co/JVF4HMinFf— Hassaan Niazi (@HniaziISF) December 11, 2019

After watching this clip I feel ashamed of myself. This is murder!!!
My support and protest was limited to initiation of legal action against the concerned doctors. I only stand for peaceful protests.
It’s sad day and I condemn my own self for supporting this protest now pic.twitter.com/Pc6FKaYypo— Hassaan Niazi (@HniaziISF) December 11, 2019

Moreover, the presence of Hassan Niazi was another jaw-dropping moment for the people; since people did not expect the close aide of Prime Minister Imran Khan to complicit barbarianism at a medical facility, torment the patients and shatter law and order in the city.

His videos flashed on several TV programs yesterday also becoming a hot topic on social media. Tumult on social media prompted Hassan Niazi to instantly distance himself from the hooliganism and issue an apologetic statement.

In his Twitter statement, he admitted to participating in the demonstration, however, he said that he condemns the destruction at the PIC as he only vouches for peaceful protest. Adding that he is embarrassed and pleads for an apology.

Even though I am part of protest. I am part of a cause not of this badmashi and Voilence. This is pathetic act by this lawyer. Shameful and damaging for the cause pic.twitter.com/icXkx4H1vq

Not peaceful anymore. Absence of Punjab govt. was going to cause this chaos. CM Punjab doesn’t know the law and the lawyers https://t.co/db7uLhOgVY— Hassaan Niazi (@HniaziISF) December 11, 2019

Earlier, Hassan Niazi supported the lawyer’s call for the protest and incessantly accused the provincial government of Pakistan Tehreek-i-Insaf for their ignorance and not taking timely precautions to fix the conflict between lawyers and doctors community to avert the tragedy at PIC. He implied that the dispute did not worsen overnight but it had been brewing for the past one month.

Punjab government had the opportunity to settle the matter through negotiations.

This wrong. Just like all doctors are not badmash. I personally condemned and cursed this thug on his face. But initially it was peaceful. This is post police firing and still not justified https://t.co/cayRBU7AH0— Hassaan Niazi (@HniaziISF) December 11, 2019

Lawyers also need to stay in limits – the battle ground should be CM house now and not PIC HOSPITAL. CM PUNJAB SHOULD BRING THEM ALL ON TABLE

He kept on tweeting throughout the demonstrations, lashing out at his party and government for failing to defuse the conflict between doctors, police, and lawyers yesterday. He particularly targeted CM Punjab Usman Buzdar for the brawl at the PIC. Adding that CM Punjab did not pay heed to his multiple requests to negotiate with the lawyers and doctors last month.

The doctor using hospitals for their badmashi must be kicked out. Doctor irfan who used PIC hospital platform and told lawyers to meet them at hospital must be removed from his position. Immediate arrest must be paid. And CM Punjab wake up and be a mediator— Hassaan Niazi (@HniaziISF) December 11, 2019

In a few tweets, he also slammed lawyers as well. But he demanded immediate action against the young doctor, Dr. Irfan, whose video went viral. According to Niazi, Dr. Irfan must be punished for inciting the lawyer community for violence.

To redeem his participation in the violent protest, he has announced to help law enforcement agencies to identify the lawyers for arrests.

Can’t blame lawyers. CM is party in this. Sleeping and doctors constantly provoking and police did nothing. https://t.co/yYMRpN0j4N— Hassaan Niazi (@HniaziISF) December 11, 2019

CM Punjab is sleeping again. Informed his PS to urgently hold meeting with doctors representatives and President Bar associations and resolve the issue. But they don’t give a shit I think. Province without a father will cause chaos.— Hassaan Niazi (@HniaziISF) December 11, 2019

However, social media users demanded PM Khan to take strict action against Hassan Niazi for his participation in the protest.

Pakistani celebrities including Mahira Khan, Mehwish Hayat, Faisal Qureshi, and others condemned the incident and called out actions of the lawyer community damaging for Pakistan.

Even in WAR you do NOT attack HOSPITALS!! These are the law makers, the providers of justice, the educated ones of our country.. scary scary to see. #Lahore #Lawyers

Mahira Khan, the socially woke actress and champion of human rights, bashed the lawyers who removed the oxygen masks of the patients. As doctors and paramedic staff fled the hospital, a few patients lost their lives in yesterday’s incident.

Beyond dismayed to see these images & hear about what is happening back home. What hope is there for our nation if everyone resorts to mob violence to resolve their issues?! You’d think that these lawyers whose job is to uphold the law would know better#Lawyers #PICunderattack pic.twitter.com/COuuuow2AV— Mehwish Hayat TI (@MehwishHayat) December 11, 2019

Expressing remorse, she reminded that even in wars, hospitals are not attacked. The vocal actress called the hooligan lawyers a disgrace to their community. She supported the call for Chief Justice Asif Saeed Khosa to bring to justice the hooligans.

Mehwish Hayat, another vociferous actress, who currently touring Istanbul, also disapproved of the incident. She outright rejected the use of mob violence. She questioned the actions of lawyers whose duty is to execute the law in the country.

Amla, Thisara snatch a last over win; series up for grabs on Friday