Azerbaijan has three strategic assets that Israel is interested in: Muslims, oil and several thousand Jews. But this is not it. There's something else. Something much more strategically important to Israel. What is it? Dr James Dorsey, an award-winning journalist reveals. 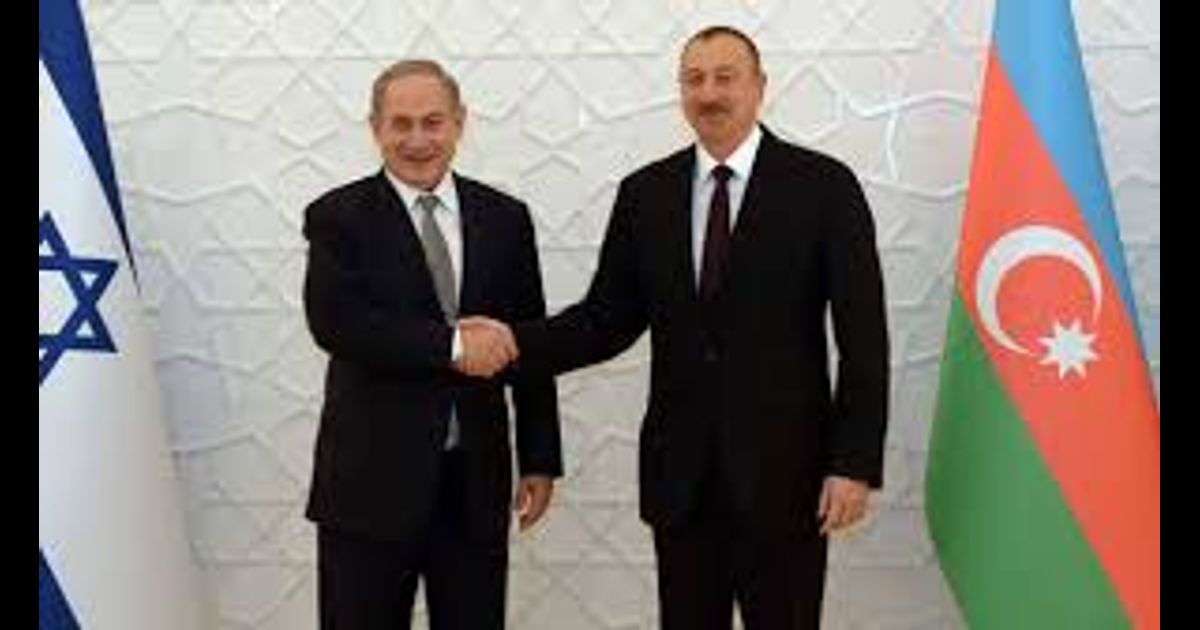 Populated by fluent Hebrew speakers, the Israel desk of Armenia’s foreign ministry waited back in 1991 in the wake of the collapse of the Soviet Union for a phone call that never came.

The ministry was convinced that Israel, with whom Armenia shared an experience of genocide, were natural allies.

The ministry waited in vain. Israel never made the call.

The shared experience could not compete with Armenia’s Turkic nemesis, Azerbaijan, with which it was at war over Nagorno Karabagh, an Armenian enclave on Azerbaijani territory.

“The calculation was simple. Azerbaijan has three strategic assets that Israel is interested in: Muslims, oil and several thousand Jews. All Armenia has to offer is at best several hundred Jews,” said an Israeli official at the time.

Azerbaijan had one more asset: close ties to Turkey, which supported it in the war against Armenia. Hence, Israel-Azerbaijan alliance was inevitable.

As a result, Israel and Jewish organizations with long-standing ties to Turkey refrained for years from participating in annual commemorations of the 1915 mass murder of Armenians.

In a sign of the times, that may be changing.

Grateful to spend time in DC with my friend, ⁦@ElinSuleymanov⁩, the Ambassador of Azerbaijan to the United States. I’m deeply encouraged that his Shia Muslim country pursues moderate Islam, has a very close alliance with the State of Israel & is a stalwart ally of the U.S. pic.twitter.com/CmoYEuJWx8

Turkish President Recep Tayyip Erdogan’s strained relations with Israel and the West, his touting of implicitly anti-Semitic conspiracy theories, hollowing out of Turkish democracy and offensive against Syrian Kurds who played a key role in defeating the Islamic State, appears to have turned the tide.

The US Congress as well as major American Jewish organizations have laid Turkish objections by the wayside and recognized the mass murder of Armenian as genocide.

Mr. Baer may have spoken too early.

To be sure, Azerbaijan’s human rights record is hardly better than that of Turkey.

Yet, predominantly Shiite Azerbaijan, like Armenia, borders on Iran.

Iran’s strategy of maximum tension with the US

With tension between the United States and Iran on the rise, that could be of significance.

President Donald J. Trump tweeted earlier this week that he had ordered the US Navy to destroy any vessels in the Gulf that harassed American navy ships.

Mr. Trump posted his tweet after Iranian Revolutionary Guard gun speedboats had made, according to the US, “dangerous and harassing approaches.”

The approaches were part of Iran’s strategy of gradual escalation that aims to bring the United States and the Islamic republic to the brink of war in a bid to force a return to the 2015 international agreement that curbed Iran’s nuclear program.

The Trump administration withdrew from the agreement in 2018 and re-imposed harsh economic sanctions on Iran.

The International Crisis Group, in an effort to pre-empt the tit-for-tat from escalating out of control, called this week for a US-Iranian military hotline. “A mechanism facilitated by a third party might contain the risk of conflict due to misread signals and miscalculation,” the group said.

Lurking in the background as the United States and Israel focus on getting a grip on the coronavirus and the pandemic’s economic fallout is the fact that Iran’s gradual breaching of the nuclear accord has put the Islamic republic within reach of the amount of enriched uranium needed to produce a nuclear weapon.

The breaches were part of Iran’s so far failed attempt to pressure the United States as well as an effort to force other signatories to compensate it for losses suffered by the US sanctions.

Iran has consistently denied that it aims to obtain a nuclear capability. It has breached the nuclear deal without abrogating the agreement that was also signed by China, France, Russia, Britain, Germany and the European Union.

Concern about Iran’s military capability was boosted this week with the Islamic republic’s successful launch of a satellite and unveiling of a full-blown space program managed by the Revolutionary Guards.

Add to that a just-published study of the Iranian navy that concludes “based on its doctrine of naval warfare, the Iranian revolutionary naval forces have embarked on a fast-paced rearmament and re-equipment program during the past two decades, aimed at offsetting the U.S. Navy’s military presence in the Persian Gulf region.”

All of which demonstrates the failure of the United States’ maximum pressure campaign against Iran and the country’s abilities despite sanctions and a pandemic.

Israel made clear in the years prior to the signing of the nuclear accord that it would not allow Iran to get within a year of being able to build a nuclear weapon.

At the time, Israel and Azerbaijan discussed the possibility of the Israeli air force using Azerbaijani airbases should it opt to take out the Islamic republic’s nuclear facilities.

Talk of an Israeli strike has not yet been revived amidst the current escalating US-Iranian tension, but that does not mean it will not.

For Armenia’s Israel experts, this means that there is no point in once again waiting for an Israeli phone call. That call is not coming any time soon.

Dr. James M. Dorsey is an award-winning journalist and a senior fellow at Nanyang Technological University’s S. Rajaratnam School of International Studies in Singapore. He is also an adjunct senior research fellow at the National University of Singapore’s Middle East Institute and co-director of the University of Wuerzburg’s Institute of Fan Culture in Germany.

Amid Kashmir conflict can Pakistan take sides in Iran-US Scuffle?

PM Khan will lead Pakistani delegation at OIC in Mecca