High Treason: Should Maulana Fazlur Rehman be tried under article 6? 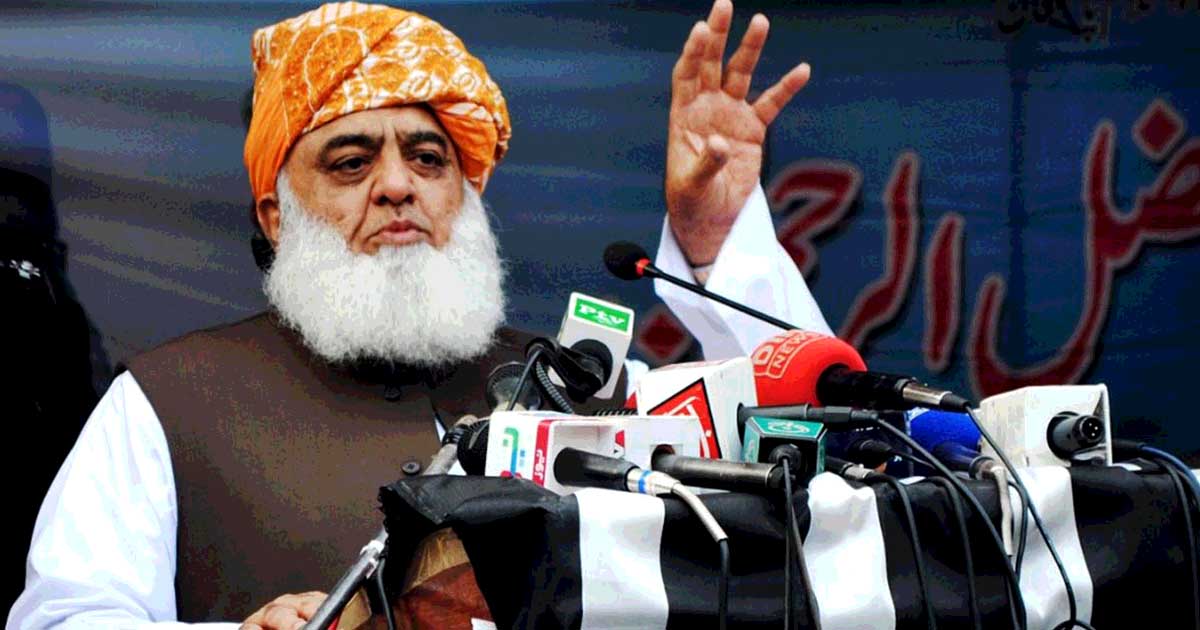 Prime Minister Imran Khan reportedly said that Jamiat Ulema-e-Islam chief Maulana Fazlur Rehman should be tried for high treason under Article 6 of the Constitution on the basis of recent remarks made by the latter that suggested that he had conspired to de-seat the government. “Maulana Fazlur Rehman should be tried under Article 6 of the Constitution. There should be an inquiry into the remarks he made, and he should be asked who gave him that understanding,’ PM Imran was quoted as saying.

PM Imran Khan Friday said JUI F chief Maulana Fazlur Rehman should b tried for high treason based on his remarks suggesting a conspiracy against the govt."MFR should b tried under Article 6 of the Constitution.There should b an inquiry into the remarks he made,"PM reportedly said pic.twitter.com/hkrzcMvzT8

However, the said statement could not be independently verified. Some journalists claim that the premier did not say anything like that while interacting with journalists.

This is seriously strange, one event one questioner, one prime minister one response and different set of reporting https://t.co/5xODKVeIHm

The prime minister’s statement drew a strong reaction from Rehman’s son and the leader of the opposition, among others.

The JUI-F chief had last week said that he had ended his Islamabad sit-in late last year after reaching an understanding with power brokers that the PTI-led government would soon be upturned.

In his statement to the media, Shehbaz said the prime minister should look at himself in the mirror before issuing statements. “The drawback of accidental leaders is that they are oblivious to the history,” the PML-N leader said. “Maulana Fazlur Rehman is the son of that great figure who made the Constitution of Pakistan.”

The statement by PM Khan during the visit of the Turkish president is “condemnable” and “regretful”, Shehbaz added.

On Tuesday, JUI-F leader Maulana Abdul Ghafoor Haideri had said that the Chaudhry brothers should break their silence and inform the nation about the promise made with his party. Talking to the media, Haideri had said, “Our movement is still continued, when required we will give a call for Islamabad again.” “The sit-in in Islamabad will be the end of this government,” he had added.

In my opinion, Maulana lost almost everything since he is not part of the present set-up. Therefore, he behaved like now or never, and fought for his political survival

It is important to note that a few days ago, while addressing the PML-Q’s leader, Chaudhry Pervez Elahi, Maulana asked him to unveil the “secret” behind the ending of JUI-F’s Azadi March in November last year. “The secret was that the JUI-F’s sit-in was called off after assurance that the prime minister will resign and new elections will be held after three months,” the Maulana revealed.

The JUI-F chief further said that the party will think about inviting the Chaudhry brothers if they change their position.

Maulana said on last Thursday that Pakistan Tehreek-e-Insaf (PTI) asked him to call off his Azadi March in return for the post of Senate chairman. The claim could not be verified but sources claim that no such offer was made to Maulana.

He claimed that the government attempted to buy him off by offering him to form a government in Balochistan. “I was also offered the post of Senate chairman,” he claimed. “I thought all the offers being made to me were belittling.”

Professor G.M Pitafi who teaches Politics and International Relations at the University of Management and Technology, Lahore believes that Maulana came to lockdown Islamabad to increase his political capital. “In my opinion, Maulana lost almost everything since he is not part of the present set-up. Therefore, he behaved like now or never, and fought for his political survival,” he said.

Mr. Pitafi also believes that the government is in a better position so there are slim chances of offering anything substantial to Maulana.

Incumbent and potential lawmakers continue to ditch PML-N for PTI