The letter echoes the bizarre tone of Trump's October 9 letter to Turkish President Recep Tayyip Erdogan in which he warned that he would wreck Turkey's economy if its invasion of Syria went too far. 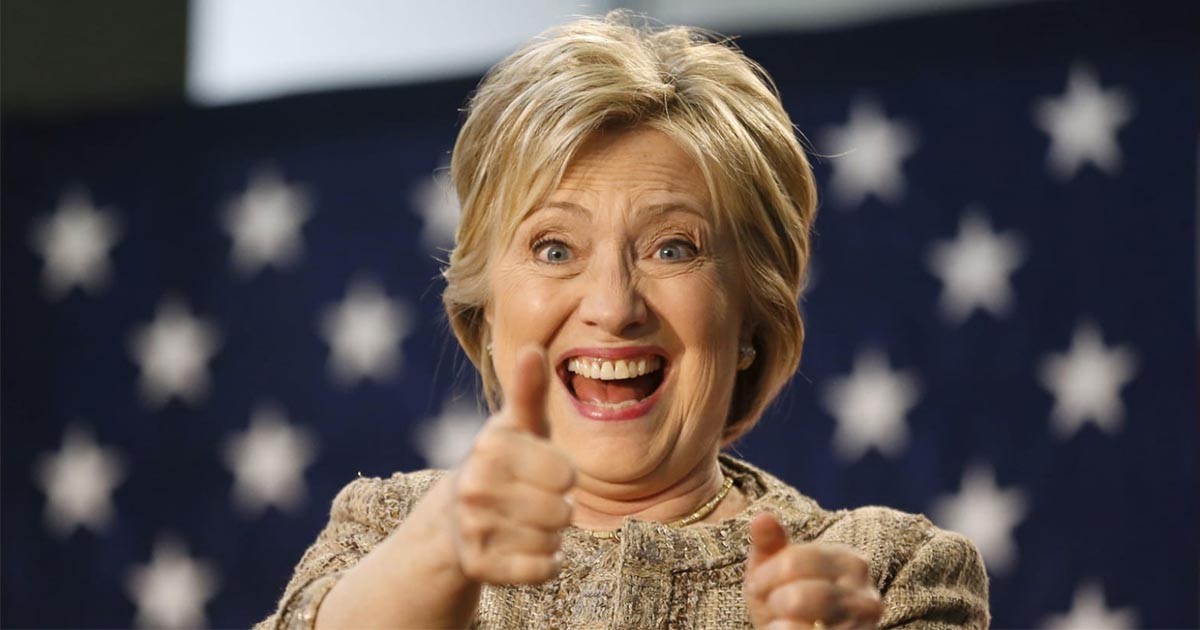 Hillary Clinton on Sunday posted a joke letter on Twitter supposedly sent by John F. Kennedy during the 1962 Cuban missile crisis, written in the excitable style of US President Donald Trump’s recent letter to Turkey.

The parody letter, originally from ABC’s “Jimmy Kimmel Live” TV show, is written on mocked-up White House letterhead and addressed to Russia’s then-leader Nikita Khrushchev. “Don’t be a dick, ok? Get your missiles out of Cuba,” starts the letter pretending to be from president Kennedy.

“Everybody will say ‘Yay! Khrushchev! You’re the best!’ But if you don’t everybody will be like ‘what an asshole’ and call your garbage country ‘The Soviet Bunion.'”

The United States had detected Soviet missile installations in Cuba, just off the Florida coast, and Kennedy imposed a blockade of the island.

The letter echoes the bizarre tone of Trump’s October 9 letter to Turkish President Recep Tayyip Erdogan in which he warned that he would wreck Turkey’s economy if its invasion of Syria went too far.

EXCLUSIVE: I have obtained a copy of ⁦@realDonaldTrump⁩’s letter to #Erdogan. ⁦@POTUS⁩ warns him to not “be a tough guy! Don’t be a fool!” Says he could destroy Turkey’s economy if #Syria is not resolved in a humane way. Details tonight at 8pm #TrishRegan #FoxBusiness pic.twitter.com/9BoSGlbRyt— Trish Regan (@trish_regan) October 16, 2019

The joke letter from Kennedy to Khrushchev ends: “You’re really busting my nuts here. Give you a jingle later,” before signing off “Hugs, John Fitzgerald Kennedy.” Clinton joked that the letter had been “found in the archives.”

Democrat Clinton, who was defeated by Republican Trump in the 2016 US election, has backed efforts to impeach him over his dealings with Ukraine and is still regularly targeted by the president during his speeches.

In the 1962 Cuban missile crisis, Kennedy and Khrushchev faced off in a moment of high diplomatic tension that threatened to tip the world into nuclear war. The United States had detected Soviet missile installations in Cuba, just off the Florida coast, and Kennedy imposed a blockade of the island.

Soviet ships laden with nuclear missiles heading for Cuba turned back at the last minute after a secret agreement with Washington. Trump has defended his diplomacy in the Middle East and his military pullout from northern Syria, which cleared the way for Turkey’s cross-border attack against Kurdish forces.

Trump’s idiosyncratic communication style was also on display on Twitter Sunday when he misspelled the name of his Defense Secretary Mark Esper as “Esperanto” — the little-used universal language invented in 1887. He corrected his error some hours later.

Harassed for his surname, the young Joshua Trump becomes a symbol