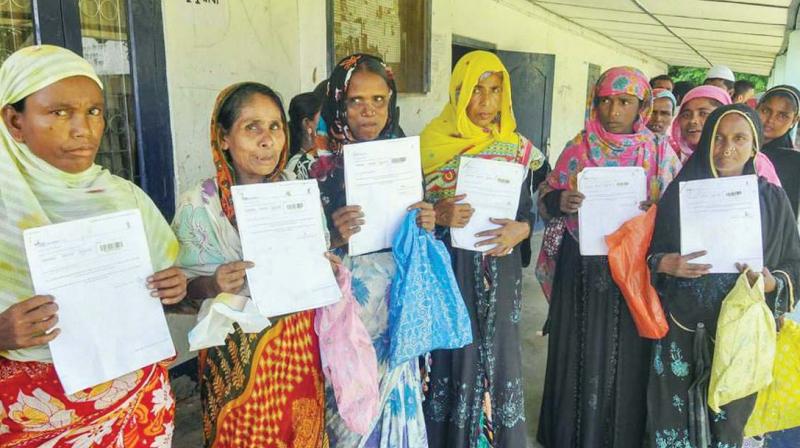 Recent renaming of the historic city of Allahabad, a metropolitan center in the state of Uttar Pradesh (UP), India, has stirred up extensive debates across Indian and Pakistani societies. Allahabad will now be called Prayagraj. As the state ministers continue their efforts to formalize the decision, there have been contesting debates regarding the underlying rationale behind this decision.

The undertaking has simultaneously attracted substantial endorsements and opposition from an audience ranging from local Allahabadis to some of the most celebrated historians. Whilst the public response from the aforesaid section(s) of society symbolizes concerns premised around the ‘sacred’ identity of Allahabad, little has been said or written about the distressing and far-fetched ripple effects that this renaming enterprise might have for a country as socio-politically and religiously intricate as India.

Anecdotal and academic evidence on the area also points towards the centrality of Allahabad in Hindu mythology and Mughal period and later in the evolution of post-partition South Asian history.

Another important aspect of the aforesaid dimension is rooted in the potential of this exercise to further foster intolerance in a region that is already struggling to rise above the complexities of religious chauvinism, lack of co-existence and acceptance of diversity.

The proposition and endorsement to sanction the move came from the Bhartiya Janata Party (BJP) hardliner Yogi Adityanath who contended that the decision to rename Allahabad to ‘Prayagraj’ was driven solely by the intent to pay back the historical debt and restore the lost magnificence of the city.

Read more: India’s Saffron Justice: The Rise of the Hindutva State under BJP…

In addition, Yogi has been using the lyrical Shakespearian question ‘What’s in a name?’ during gatherings to deal with inquiries about the reasons for renaming the city. For him, the fact that Allahabad will now be called Prayagraj does not and will not have any impact on the city or its people. Though Yogi has confronted the opposition targeting the renaming of Allahabad, asserting it to be an absolutely secular and a non-religious move, the inconvenient reality is that the city is, in fact, heir to rich Hindu tradition.

It has continued to play the role of a sacrosanct abode for offerings/sacrifices for Hindus since the pre- Mughal times and it must take a great deal of nativity to fall for or believe Yogi’s secular claims. Anecdotal and academic evidence on the area also points towards the centrality of Allahabad in Hindu mythology and Mughal period and later in the evolution of post-partition South Asian history.

Especially, in case of India- a country that is heir to one of the most rich cultural and historical heritage, cities representing glimpses from a diversified past must be cherished, rather than stripped off their names for unjustifiable reasons.

Prior to this formal calling for a change in the name of Allahabad, the city was referred to as Prayags by some of the hardliner Hindus. Prayagraj (the name re-awarded to the city of Allahabad) has its roots in the ‘Prayags’ which in Sanskrit translates to ‘a place of sacrifice/offering’. The prayags (which amount to fourteen places of offerings in total) have been of immense sacred value in the Hindu mythological and philosophical tradition.

A deeper sense of sacredness attributed to the Prayagraj lies in its position at the confluence of the three holy waters namely, the Ganges, the Yamuna, and the Saraswati. Prayagraj that had meant incredibly significant to Hindus came to be called as Allahabad following the Mughal era. In that, historians suggest that the roots of Allahabad are originally embedded in the name ‘Illahabas’, given to the city by Emperor Akbar in relation to his idea of ‘Din-e- Ilahi’ and hence translated as ‘the abode of God/Ilahi’.

By the time of last Mughal emperor Shahjehan, the name Illahabas had mutated to Allahabad, conversely connoting ‘abode of Allah’. Hence, Allahabad never really implied being ‘land of Allah’ as it appears.  It is in this vein that Yogi Adityanath himself and other proponents and supporters of the move view the renaming of Allahabad as some sort of rectification of what they regard as a historical mistake.

Allahabad is not that first city that has been renamed in India. Chennai, Kolkata, Mumbai, and Pune- some of the major Indian cities also depict the names that vary from their previous identifications. However, what still distinguishes renaming of Allahabad as a distinct enterprise is, in fact, the ‘religious’ component of history and the association of the locals (particularly the non-Hindu population) with the city.

Despite Yogi Adityanath’s categorical denial of an underlying religious rationale, reviews from several other BJP leaders have blatantly upheld their reverence for the city in the light of its religious magnificence. Following the renaming of Allahabad, there has been an upsurge in the demands to rename other cities as well.

Anecdotal and academic evidence on the area also points towards the centrality of Allahabad in Hindu mythology and Mughal period and later in the evolution of post-partition South Asian history.

For instance, BJP and Vishwa Hindu Parishad (VHP), two leading hardliner Hindutva parties have voiced up to rename the cities of Azamgarh, Faizabad, Aligarh, and Muzaffarnagar into identities that portray and embody a deeper sense of association with Hinduism. For them, the demand to rename cities is centered upon detaching the areas of their Mughal identities and restoring their ancient names in order to revive their true niche.

What all of these enthusiastically driven hardliners seem to miss is the realization, that in the process of renaming cities under the garb of their presumptuous attempts at ‘restoring’ original identities, they end up compromising a huge, meaningful chunk of anecdote and history, in the process.

This dilemma of decimating histories is multiplied when the underlying causes for the advancement of an agenda are religious and/or political in nature and when the context of their advancement is South Asia- a region where the socio-political fabric is already blemished and marred by a lack of respect for diversity and co-existence.

It must be realized that individuals through centuries have been entrusted with this critical task of carrying and preserving histories; not rectifying them. Contrary to rationalizing the mission of ‘re-writing’ histories and remedying mistakes, it must be ensured that they are ‘preserved’. Especially, in case of India- a country that is heir to one of the most rich cultural and historical heritage, cities representing glimpses from a diversified past must be cherished, rather than stripped off their names for unjustifiable reasons.

As for Yogi Adityanath’s inquiry ‘What’s in a name?’, ‘In a name lies their existence, their propensity to evolve over time and most importantly their rightful claim to be guarded and preserved.’

Aiza Azam is a senior research associate at CSCR. The views expressed in this article are the author’s own and do not necessarily reflect the editorial policy of Global Village Space.