How the Indian state manages and controls diversity 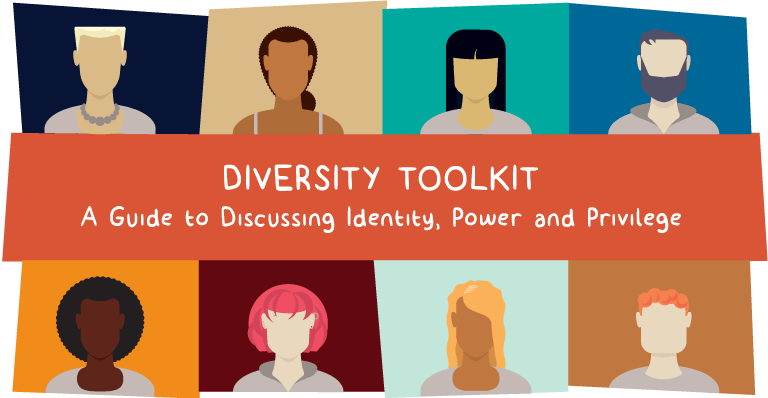 The Indian state has to rule over an area with much diversity. Among them linguistic, class, caste and religious diversities deserve mention. We will here show that how these identities interplay among themselves and keep the Indian state in power. We will also discuss how this interplay can lead to crisis.

Non-Hindi coastal areas being more urbanized and industrialized, its people have fewer fertility rates compared to Hindi region. This can be traced from the figure below.

Indian State is constitutionally a west minister system i.e. both House of Commons (Lok Sabha) and House of Lords (Rajya Sabha) get their members from each province according to the size of its population. Thus non-Hindi provinces being less populated sends fewer lawmakers compared to non-Hindi provinces taken as a whole. Moreover, Hindi speaking UP is the largest province of India. Thus demographic superiority of Hindi speakers transforms into political domination as well. An important point is today’s ruling party BJP’s Hindutva politics is mainly popular in Hindi heartland while in non-Hindi region BJP is either junior partner or not important politically. It is demographic domination of Hindi speakers that is helping Hindutva politics to be in power.

The non-Hindi region being industrialized and urbanized has a sizable influential middle class as well as the strong business community. At the same time, it has immigrant laborers from Hindi heartland. UP and Bihar mainly supplies immigrant labor class to the non-Hindi region. But the most important part is there is a huge migrant business community in the non-Hindi region too. Kolkata of Bengal is the base of Rajasthani (Marwari) community and Mumbai of Maratha is the base of Gujarati business community. Within Hindi region, Delhi is considered to be the base of Haryanvi business. Only South India contains strong native business community. An important point is Gujarat, Rajasthan, Haryana people are a most influential business community in India. Rajasthan and Haryana are parts of Hindi heartland. Gujarat is a non-Hindi speaking state. Hence it can be stated that Marwari community has a special interest in Kolkata while Gujarati community has a special interest in keeping Mumbai under its fold. This chemistry is very important in understanding Indian state because it is this interest that shaped today’s Indian state a lot. The presence of these foreign elements prevents both Bengal and Maratha in forming strong native business class. Thus in absence of strong native business class Bengali and Marathi politics is determined by middle class. This middle class is clearly dependent on jobs provided by foreign business and hence very much dependent on the Indian state. South Indian native business class and salary earning middle class most vocal against over-centralisation or Hindi imposition but they have limited capacity for constant struggle. It is Tamils and Telegus of South India who led strong anti-Hindi imposition movement.

The immigrant labor class from UP-Bihar and immigrant business class from Rajasthan-Gujarat-Haryana to the non-Hindi region always provide great impetus for Hindi heartland to keep the idea of India intact. UP-Bihar is a  region of Ganges plain and hence has great feudal tradition. Haryana-Rajasthan-Gujarat is arid regions whose people are traditionally adept in business banking. The capitalist class of Gujarat-Rajasthan-Haryana and the feudal leaders of UP-Bihar together constitute the ruling class of India.

Again, migration of youth from UP-Bihar helps the feudalism of this area to sustain. UP-Bihar has caste politics, strong traditional economic bondage, and very few industries. This could not have sustained if there was no room to migrate. Feudal bondage would have collapsed if there is too much demand for industrialization. But room for migration prevents any pressure on semi-feudalism of UP-Bihar.

The rural population of the non-Hindi region has lost most of the traditional bondage and bear the vices and virtues of industrialization. The people of the rural non-Hindi zone is the main opponent of Indian ruling class since the former is the only social element that stands for non-Hindi regional culture and tradition.

In Ganges plain of UP-Bihar its Rajput and Bhumihar Brahmin (land-owning Brahmins) caste that traditionally ruled. They have a rivalry as well. After the independence of India, Yadav (cow rearing caste), Dalits (lower-ranking castes) gradually raised their heads. By 1980s, Rajputs and Brahmins domination were almost gone. Since the 1990s, Dalits and Yadavs allied with other middle ranking castes with considerable vote banks became main political players there got a reservation in government jobs both at centre and state levels. Yadavs and associates called themselves Other Backward Castes (OBC). Soon OBC politics spread throughout India which depends on the importance of a caste or identity as a vote bank. Religious minorities also got under this OBC reservation soon.

West Indian states of Haryana-Rajasthan-Gujarat are Baniya caste (business-caste) dominated traditionally. Lack of fertile lands made Baniyas and other related business communities most important for their survival. Brahmins, Rajputs, and Banias are always in alliance in these states.

Actually, Brahmins and other upper castes like to take up corporate or government jobs. So they, in general, have good relations with Indian state and West Indian Baniya led Indian corporate class. As a result, rural lower and middle castes often find upper castes pro center and anti-regional.

In Maharastra, Brahmin led general caste Marathis are in constant struggle with Dalits and it is here where Ambedkar the founder of Dalit politics took birth. This area is traditionally Brahmin led Marathi-dominated.In Tamil Nadu of South India, Tamil linguistic movement became synonymous with anti-Brahminism.

Read more: Dalits asked to ‘get cleaned’ before meeting the UP Chief Minister

In Indian state language, class, caste and religion play in such a way that benefits Indian state. It is demographic superiority due to geography and West Minister system that makes Hindi speakers most important determinant of the Indian state. It is this state power that nourishes Gujarat-Rajasthan-Haryana domination in Indian business.

In Indian state language, class, caste and religion play in such a way that benefits Indian state. It is demographic superiority due to geography and West Minister system that makes Hindi speakers most important determinant of the Indian state. It is this state power that nourishes Gujarat-Rajasthan-Haryana domination in Indian business.

Indian is created on Hindu revivalism and Hindu as an identity is formed to oppose Muslim identity during Turk-Mughal rule over South Asia. Hindu-Muslim rivalry created division of British India after independence. But anti-Muslim politics is still very much in vogue.And at the moment Hindutva politics of BJP is ruling Delhi.  High Muslim concentration is mainly in Assam, West Bengal, East Bihar, West UP, Southern Kerala. BJP politics try to use high Muslim presence to instill hatred among Hindus in these regions. If Muslim votes bifurcate between two anti-BJP parties, then BJP is winning. UP and Assam is won by BJP in this way. West Bengal and Kerala can go the same way if Muslim votes bifurcate between two anti-BJP parties.

The on-hinge region can slow down industrialization process which is not impossible since the global economic scenario is not favorable.

General caste without good jobs due to lack of strong vote bank backing can be considered most important elements who can install disequilibrium in the above-mentioned dynamics of Indian state rule. Since reservation politics have become based on vote bank, general castes including upper caste can itself become a new vote bank and hence new identity in the coming days. Already, Modi government is being pressurized to give reservations by Marathi general caste of Maharastra and Brahmin caste in Gujarat-Rajasthan. Hindi heartland has a good number of the young population who can break the stalemate. The on-hinge region being low birth rate zones would not be able to act. It is the demographic superiority of Hindi heartland that can be used most successfully against the existing equilibrium of Indian politics.

Read more: The untouchables’ revolt in India: Will the Brahmins suppress the Dalits…

The non-Hindi region can slow down industrialization process which is not impossible since the global economic scenario is not favorable. This can reduce Hindi immigration into non-Hindi states and can add tensions in Hindu heartland on class, caste and religious lines.

Saikat Bhattacharya is a Research Scholar at the Jadavpur University, Kolkata, India.The views expressed in this article are the author’s own and do not necessarily reflect Global Village Space’s editorial policy.

Money and muscle: India ahead in Asia as World Cup looms

The tragedies in June : a fitting epitaph!