“Dr. Muzaffar Ghangharo, who runs a clinic in the area is himself an HIV-positive patient. He re-used a syringe and drip-set, transmitting the disease from one patient to another,” Sindh Health Minister Dr. Azra Pechuho told the lawmakers on Thursday. 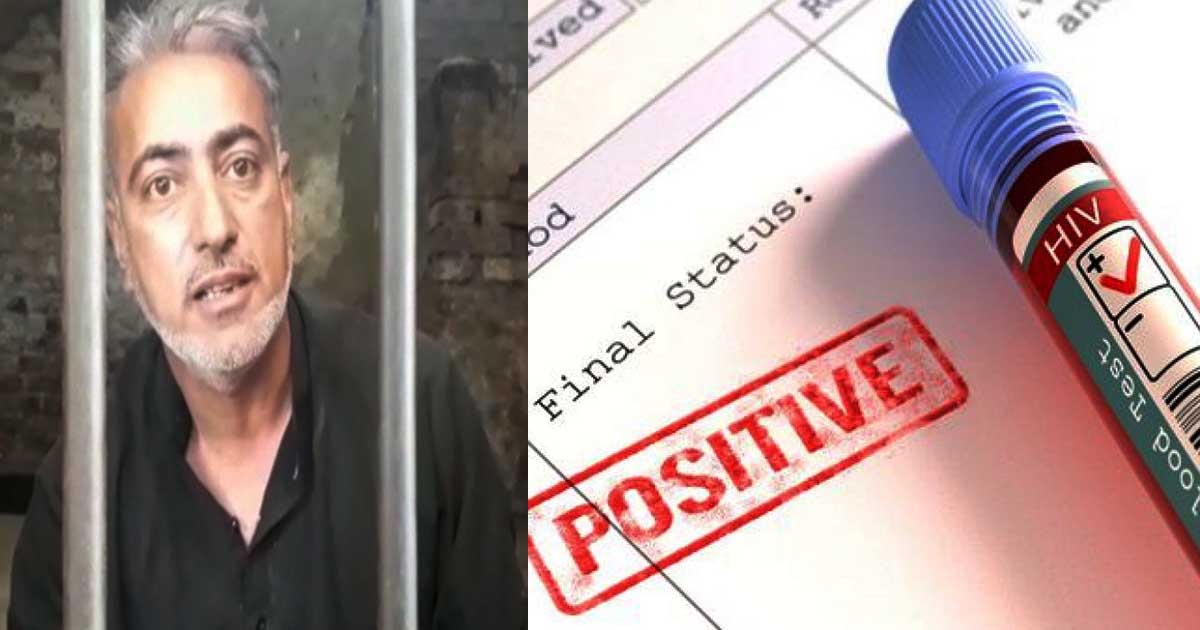 Sindh Health Minister Dr. Azra Pechuho informed the Sindh Assembly on Thursday that a HIV-positive doctor has spread the Human Immunodeficiency Virus (HIV) among patients in Ratodero of Larkana district. “Dr. Muzaffar Ghangharo, who runs a clinic in the area is himself a HIV-positive patient. He re-used a syringe and drip-set, transmitting the disease from one patient to another,” she told the lawmakers while quoting the findings of a committee’s report.

The health minister revealed that around 90 patients, which include 67 children, have tested positive for HIV so and “most of the victim are patients of the doctor [Ghangharo]”. The reports pertaining to rising number of HIV patients emerged after the Sindh government sent a team comprising officials of the World Health Organization and the health department to Larkana to track the victims.

The minister said that her department has directed the Sindh Health Care Commission to start a crackdown against quacks and unregistered doctors operating in the area and as a result of it, 20 clinics and laboratories in Ratodero have so far been sealed. Shocking as it may seem, the police had arrested the ‘AIDS-affected doctor’ on charges of allegedly infecting dozens of patients, including children, with the HIV when they came to get treatment from a local hospital in Larkana’s Ratodero district.

The police had said that the doctor, who was employed at a government hospital, was an HIV patient himself and a case was registered against him. The minister’s speech in the assembly has confirmed the finding.
Read more: Star power dims at post-Weinstein Cannes AIDS gala

Following the arrest, the police had produced him before a local court and obtained his physical custody remand for further investigation to determine the causes behind the transmission of the HIV among the patients/residents. The court had also directed to constitute a medical board for determining the suspect’s mental health. Meanwhile, the media had reported that the doctor had denied the charges against him.

Panic gripped the district and authorities tried to ascertain the causes behind the spread of the virus among the residents when the number of HIV-positive cases rose to 39 in the last week of April. It was reported that total 22 children were among the patients diagnosed with HIV, the virus that causes the deadly Acquired Immunodeficiency Syndrome (AIDS) disease, which claimed a million lives worldwide in 2016.

Sindh Health Care Commission (SHCC) Director Dr. Ayaz had revealed that Ghangharo has not renewed license since 2006 and he was not registered with the SHCC. The director had said that all those responsible for their alleged involvement in the incident would be taken to task.

Surprisingly, a media report quoting sources in the Peoples Primary Healthcare Initiative (PPHI) – a Public Private Partnership Programme of Government of Sindh – has claimed that 140 confirmed HIV-positive cases, 73 of which surfaced during January-March period this year, were reported in Hatri area of Hyderabad over the past year during blood screening but the provincial authorities seem not to have taken the issue seriously. The newspaper report said that the number of HIV cases was more than 140 and such data was available with PPHI which was communicated to Sindh health authorities from time to time.

The affected areas are located in union councils of Massu Bhurgari and Hatri of Hyderabad (rural) taluka, it said, adding villages, where the cases were found during screening, were located off National Highway among age groups ranging from one-month-old to 61-year-old man. Some women are also suffering from the deadly disease, it added.
Read more: Trump seeks to ‘eliminate HIV’ in US within 10 years

As per the media reports, Larkana continues to top the list of districts most affected by HIV in Sindh, with the total number of AIDS patients in Larkana at more than 2,400. In total, the reports added, 76.1 million people worldwide have been infected with HIV, since the epidemic started in the 1980s. Some 35 million have died as there is no HIV vaccine or cure as yet, and infected people rely on lifelong anti-retroviral therapy to stop the virus replicating.

Without treatment, HIV-infected people go on to develop AIDS, a syndrome that weakens the immune system and leaves the body exposed to opportunistic infections such as tuberculosis, and some types of cancer. Treatment carries side-effects and is costly, but allows infected people to be healthier for longer.

According to a UK-based charity that has been providing information about HIV and sexual health worldwide, HIV is a virus that attacks cells in the immune system, which is our body’s natural defence against illness. The virus destroys a type of white blood cell in the immune system called a T-helper cell and makes copies of itself inside these cells. T-helper cells are also referred to as CD4 cells.

As HIV destroys more CD4 cells and makes more copies of itself, it gradually weakens a person’s immune system. This means that someone who has HIV, and isn’t taking antiretroviral treatment, will find it harder and harder to fight off infections and diseases.
Read more: What the ‘London patient’ means for HIV/AIDS research

If HIV is left untreated, the body said, it may take up to 10 or 15 years for the immune system to be so severely damaged that it can no longer defend itself at all. However, the rate at which HIV progresses varies depending on age, general health, and background.

AIDS is a set of symptoms (or syndrome as opposed to a virus) caused by HIV. A person is said to have AIDS when their immune system is too weak to fight off infection, and they develop certain defining symptoms and illnesses. This is the last stage of HIV when the infection is very advanced, and if left untreated will lead to death. Although there is no cure for HIV, with the right treatment and support, people living with HIV can enjoy long and healthy lives. To do this, it’s especially important to commit to taking treatment correctly.

In his message on the World AIDS Day observed on December 1, 2018, President Dr. Arif Alvi reiterated the government’s commitment to work towards elimination of HIV and AIDS from the country. “The federal and provincial governments are cognizant of their responsibilities and accord high priority to prevention and treatment of this disease,” he said in his message on the occasion of World AIDS Day.
Read more: Doctor held for ‘spreading HIV’

The president said it was heartening to learn that the Ministry of National Health Services, Regulations and Coordination was making concerted efforts to address various risk factors associated with HIV and AIDS. He said the Government of Pakistan was providing high impact comprehensive HIV prevention services, free of cost HIV diagnostic and curative services to key affected populations and people living with HIV.

Coronavirus to peak in Pakistan at more than one million cases

Telenor pushing for 80% 4G coverage by next year