Japan has the world's oldest population & one of the most crowded capital, yet the coronavirus cases in the country are significantly low as compared with the rest of the world. Fears were looming that it could become the next New York in deaths and sufferings from the coronavirus. What are the factors that make Japan so unflinchingly resistible to coronavirus? 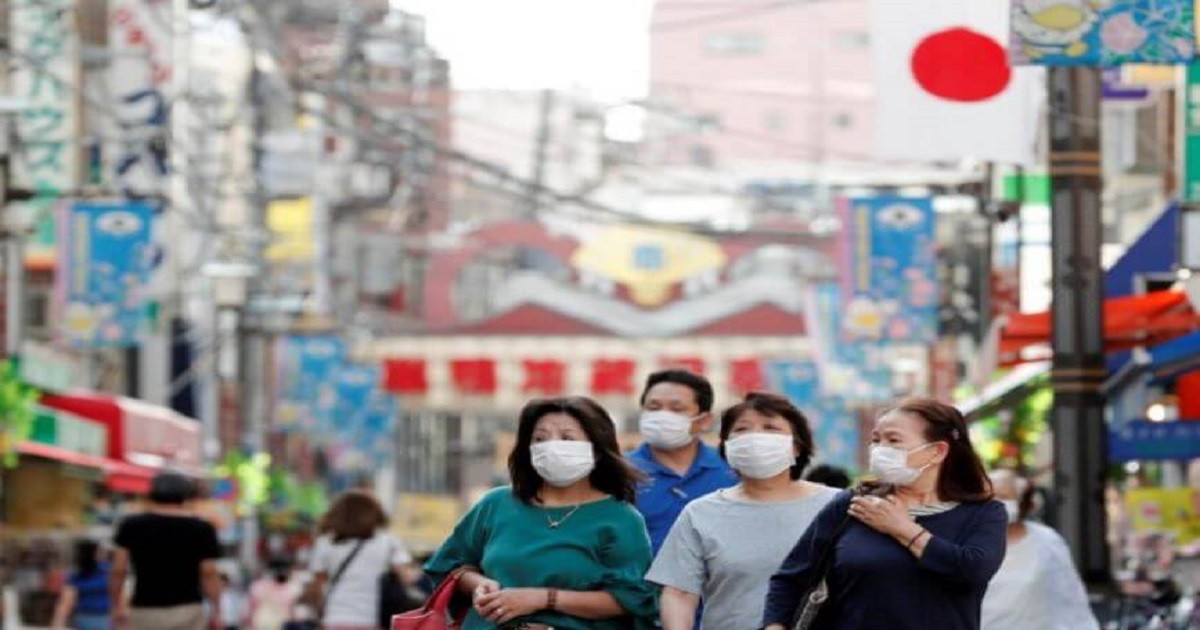 With the world’s oldest population and one of the most crowded megacities on the planet as its capital, Japan should have provided a fertile breeding ground for the deadly coronavirus.
Images of salarymen crammed into Tokyo commuter trains fuelled warnings that Japan’s capital could become the “next New York City” if the virus took hold.

Yet the country of 126 million has recorded 16,024 cases and 668 deaths, according to the health ministry — rates so far below comparable nations that many have been left scratching their heads and others suspicious that authorities are not giving the full picture.

Mask-wearing, removing shoes, bowing not shaking hands, low obesity levels and even consuming certain foods have all been advanced as possible cultural reasons for the puzzlingly slow spread.

And with reported new cases dropping sharply in recent weeks, Prime Minister Shinzo Abe is expected later Thursday to lift a state of emergency for most of the country.

But against this backdrop of apparent success, critics say the true extent of the crisis in Japan is unknown given relatively low rates of testing.

Japan is expected to lift a state of emergency across a large part of the country, but the capital Tokyo will likely remain under restrictions until there is a convincing containment of the coronavirus https://t.co/xKTYuzkbcj pic.twitter.com/JajL1M1Bgp— Reuters (@Reuters) May 14, 2020

As of May 11, the health ministry said there had been 218,204 tests, by far the lowest per capita rate in the G7, according to Worldometers.

Even the government’s own coronavirus expert, Shigeru Omi, has admitted “nobody knows” whether the true number of coronavirus cases “could be 10 times, 12 times or 20 times more than reported.”

He added: “I don’t think (the decreasing number of infections) is due to government policies. I think it looks like Japan is doing well thanks to things that are not measurable, things like daily habits and Japanese behaviour” — such as good hygiene and not shaking hands.

However, Kazuto Suzuki, professor of public policy at Hokkaido University, said Japan’s strategy of tracing clusters and only testing people with acute symptoms had proved sufficient for the relatively low numbers of cases.

“Test, test, test is not the Japanese strategy,” he told reporters.

With a ratio of positive cases to tests of around 7.5 percent, “the testing is sufficient,” he said.

But, he warned: “If there is an exponential outbreak again, we need to have more testing.”

Suzuki put Japan’s success down to near universal mask-wearing and a culture of hygiene and hand-washing.

Japan was exposed early in the coronavirus pandemic with a first case in January and the arrival a month later of the Diamond Princess cruise ship near Tokyo, at that time the biggest cluster outside the epicentre in China.

Following what was largely seen as a bungled response to the ship, Abe recommended schools close in late February, even with fewer than 200 daily cases nationwide.

It has been suggested that the relatively low number of known cases of #coronavirus in Japan is due to the low number of tests for the disease that have been carried out.

"But looking more closely at the maths shows that this is almost certainly wrong." https://t.co/kOekHAVIw9

As the number of infected rose — hitting a daily record of 700 on April 11 — there were fears the virus was surging and putting pressure on Japan’s healthcare system.

So Abe declared a state of emergency on April 7, giving regional leaders the power to urge people to stay indoors — a much softer form of lockdown than seen elsewhere, with no punishment for transgressors.

To ease the pain on the world’s third-largest economy, Abe also pledged 100,000 yen ($930) for every citizen as part of an emergency stimulus package worth around $1 trillion.

But the handouts were the result of an embarrassing u-turn and he has also been widely mocked over the haphazard distribution of two cloth masks per household, a programme dubbed “Abe-no-masks”.

A recent Kyodo News poll showed that 57.5 percent were unhappy with the Abe government’s response to the pandemic, with only 34.1 percent approving.

“I think he has struggled to stay ahead of events since the beginning, has not communicated effectively, and has been poorly served by his lieutenants,” added Harris.

While policies such as school closures probably helped to contain the disease, Harris cited high standards of hygiene, a generally healthy population and masks as more likely reasons behind Japan’s low death rate.

However, any speculation should come with a pinch of salt given so much remains unknown about the disease, warned the analyst.

“It may take more knowledge to answer the Japan puzzle.”

When the American dream became a mortgage nightmare

Tornado kills at least 23 in US state of Alabama: officials