How Muslims are controlling the corona spread? Saudi, Iran, Singapore, Jordan vs Pakistan

To pray or not to pray in congregation? The coronavirus has brought the Muslim world into a dilemma. Here is how several Muslim countries are handling the outbreak. 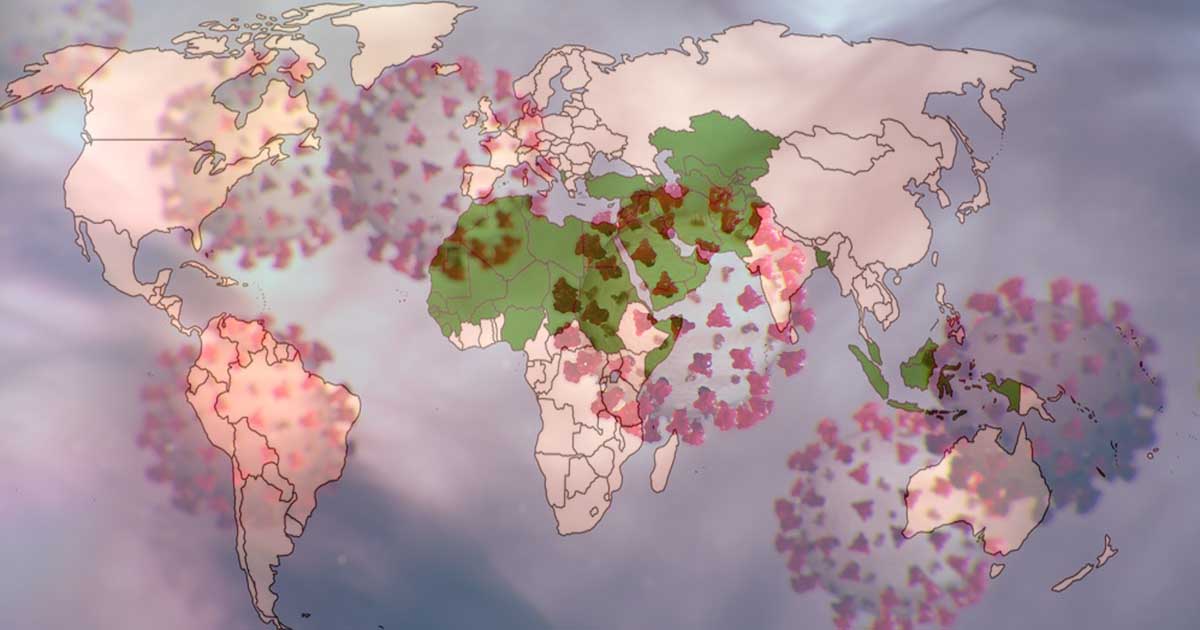 The spread of Coronavirus has brought the whole world to an unruly apocalyptic regime. Today, no one can find the right balance between work and isolation. People belonging to every state and country are trying to adapt to their new normal.

The total number of coronavirus cases in the world has surpassed two million and more than 137,000 people have died, according to data compiled by the Johns Hopkins University. Religious authorities in Muslim countries, meanwhile, are advising people as to how to pray or mark holy days without risking their lives amid the pandemic’s tensions.

Here are some examples of the new measures and advice from Muslim countries, organizations and Islamic sites for worshippers and pilgrims:

On the 1st of April, The kingdom banned Umrah for residents and citizens, according to the state-run Saudi Press Agency (SPA). Umrah, which can be completed in a few hours, is a pilgrimage that can be undertaken at any time of year, unlike the much more intensive and time-consuming Hajj.

The move was in line with the “precautionary measures taken by Saudi authorities to prevent the spread of coronavirus” in the Gulf state, SPA said. Last week, Saudi Arabia claimed that it was preventing foreigners from reaching the holy city of Mecca and the Kaaba. They also said that travel was suspended to Prophet Muhammad’s mosque in Madina.

This year’s Hajj – which usually brings about three million people to Mecca – is expected to take place from July 28 to August 2. Authorities have not yet announced any restrictive measures; more than 60,000 people have applied to participate in this year’s event already.

As of today, Saudi Arabia has 5,862 reported cases of coronavirus with 79 deaths.

BREAKING NEWS: Saudi Arabia announce that #Ramadan evening prayers known as Taraweeh will not happening in the Holy Mosques in Mecca and Madina and across the nation due to restrictions of the #coronavirus

“Jordan will not allow public worship in mosques during the holy month of Ramadan that begins next week as part of measures to stem the spread of coronavirus”, said Religious Affairs Minister Mohammad Khalaylah.

He said, “Evening prayers are known as Taraweeh, the main part of the religious observance of the month would be banned”.

As in other Muslim countries, the authorities have closed mosques and public places of worship as part of a tight lockdown and ban on gatherings to stem the spread of the virus in a country with 401 confirmed cases and 7 deaths.

With a rising number of cases and deaths each day, Iran is struggling to contain the virus. As of today, the number of infected people has risen to 76,389 with the current death toll standing at 4,777. Friday prayers in all provincial capitals have for the foreseeable future ceased.

Iranian President Hassan Rouhani commented to his cabinet, “This disease is a widespread one, It encompasses almost all of our provinces and is, in a sense, a global disease that many countries in the world have become infected with, we must work together to tackle this problem as quickly as possible.”

According to The Straits Times, Masagos Zulkifli, a minister in charge of Muslim affairs in Singapore, has advised Muslims to bring their own prayer mats to mosques and refrain from shaking hands with one another.

“In these circumstances, we will not be shaking hands. But if you do, wash your hands, and then make sure you don’t touch your face. This is just a precaution for many of us who always forget that,” he commented.

⛔ Non-compliance of measures is an offence – offenders will face fines or imprisonment https://t.co/2F3N3hNNdQ

While it remains logistically difficult to take worshippers’ temperatures at mosques, some of which attract thousands of people, Masagos said Muslims should remain at home if they showed any coronavirus symptoms. There have been around 3,699 cases of coronavirus in Singapore, with around 10 deaths. The majority of the patients have since recovered.

Despite the government’s first ban announced on March 26th, dozens of men offer prayers almost daily at mosques all over Pakistan, of whom none wear any protective face masks. There have been thousands of such devout Muslims flouting government orders issued late last month. These orders banned religious congregations of five or more people to curb the spread of coronavirus.

However, on the 14th of April, top clerics of the country announced to resume congregational prayers in the mosques. Given the fortnight-long lockdown due to coronavirus, clerics believe that people shall now observe prayers while maintaining social distancing.

As of today, a total of 6,505 cases have been reported, along with 124 deaths. Recently, many clerics hailing from all school of thoughts held a meeting, whereby, Mufti Taqi Usmani said that they needed to adopt preventive measures taken by the government and that Friday and other congregational prayers would be offered while adopting all such measures.

The Mufti issued further guidelines for people coming to offer prayers in the mosques. He announced that people should make ablution within their homes and only offer obligatory prayers at the mosques.

He also stated that “The tarawih and other congregational prayers will continue in a routine manner.”

“On Fridays, the prayer leaders should only preach regarding coronavirus preventive measures during Urdu sermons”. He also emphasized on keeping social distancing during the prayers due to the current pandemic situation faced by the country.

Coronavirus changes the funeral rites of Muslims in US & Europe