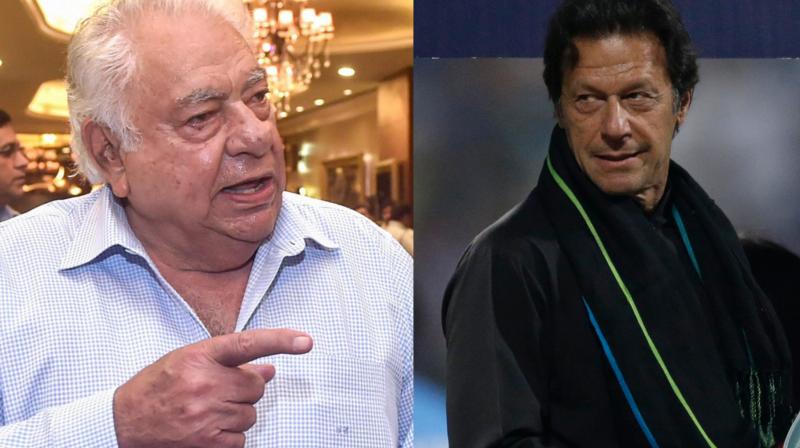 New Delhi, is giving the impression that it may be ready to re-engage with Islamabad, months after the growing tensions between the two nuclear-armed neighbors over LoC ceasefire violations and the URI attack. The second official, 10 member Indian delegation, this time to have water talks, arrived in Pakistan on Sunday.

This followed the recent visit of Indian parliamentarians that included members from the current Indian government BJP (Bharatiya Janta Party) and the opposition, Congress Party, to participate in a meeting of Asian Parliamentary Association.

The visits by Indian delegation indicates that India, now that its state elections are over, maybe revisiting its hardline policy on Pakistan, particularly with Narendra Modi’s, Indian Prime Minister, BJP, strengthening its grip on power, with party’s massive win in recent state elections including in UP. However, Ajit

However, Ajit doval, Indian National Security Advisor, will also be visiting the USA later this month. Given U.S. officials have started expressing clear concerns over the Indian strategy in the region viz-a-viz Pakistan, this maybe an attempt by the Indians to show the US they are toning down their hostility to Pakistan before their meetings in the United states.

The Indus water commissioners meeting finally commenced on Monday. This was the first formal engagement between the two ever since the relationship between Pakistan and India took a turn for worse in September last year after the Uri attack on Indian military base.

Will this apparent policy shift lead to controlled dialogue between the two rivals?

Nonetheless, officials in Pakistan are being cautious regarding this development.

However, Pakistani analysts believe that India is not doing any favor to Pakistan by sending its 10-member delegation, led by the Indian Indus Water Commissioner, PK Saxena, for the talks on water issues, since if not dealt carefully it can lead to a further intensification of conflict between the two countries.

India is bound to conduct meetings with Pakistan on water issues, under the 1960 Indus Water Treaty

India is bound to conduct meetings with Pakistan on water issues, under the 1960 Indus Water Treaty.

Khwaja Asif, Defense minister, who also holds the portfolio for water, said the two countries would be holding Secretary level meetings on the Ratle and Kishanganga hydro-power projects, in mid-April in the US.

The meeting of Indus Water Commissioners, however, holds significant importance as Narendara Modi, Indian Prime Minister, had threatened to annul the water accord with Pakistan.

Modi used the stick of withholding water from Pakistan to gain support of the public in recent elections that took place in India. The current talks are starting after pressure from the World Bank and the United States on India, as well as the BJP’s large victory in the state elections.

September 2016, onwards, Narendra Modi’s government had adopted an aggressive policy for Pakistan. The objectives of which Modi had clearly enunciated as being to isolate Pakistan globally, and blaming it for supporting terrorism on India soil.

India’s strategy was successful in its objectives when it torpedoed the SAARC (South Asian Association for Regional Cooperation) conference that was being held in Pakistan summit in Islamabad, last year. However, later events, ECO, BRICS session in GOA, and others, have shown Pakistan to be less isolated than Indian PM Modi would have desired.

In addition, Pakistan’s recent burgeoning relations with Russia and close relations with China, on CPEC, shows that Modi’s isolation policy holds little to no ground.

Recently, Indian PM’s, efforts to isolate Pakistan diplomatically, was also questioned by top US commander as he called it “troubling”.

General Joseph Votel, CENTCOM chief, advocated, “the Trump administration will likely persuade India to review its tough policy on Pakistan” he said in a statement. In addition, he highlighted United States concerns regarding the rising tensions between Pakistan and India which can be harmful for the mission Afghanistan.

Due to ISIS increasing presence in the region, it seems that as in the 1990s, Pakistan’s role in fight against terrorism may become crucial once again. Top US army officials are also advising a troops surge in Afghanistan, to ensure peace in the war-scarred country.

However, Dr. Ishtiaq was doubtful that recent moves could lead to meaningful engagement between the two countries, by India.

In a couple of months, Pakistani politicians will start their own electoral campaigns for the elections in 2018. While, India bashing does not feature in Pakistan, the politicians will be more interested in assuring the population what they are doing for them, in that role China and CPEC plays an important part and structured talks with India on any issue will most likely fall on the wayside.