With Dr Reza Baqir breathing new life into SBP; it has instilled hope for a beleaguered economy. Destiny made them perform for their country when their country needs them most! The scheme provides for financing for those businesses which do not layoff their employees from April to June 2020. 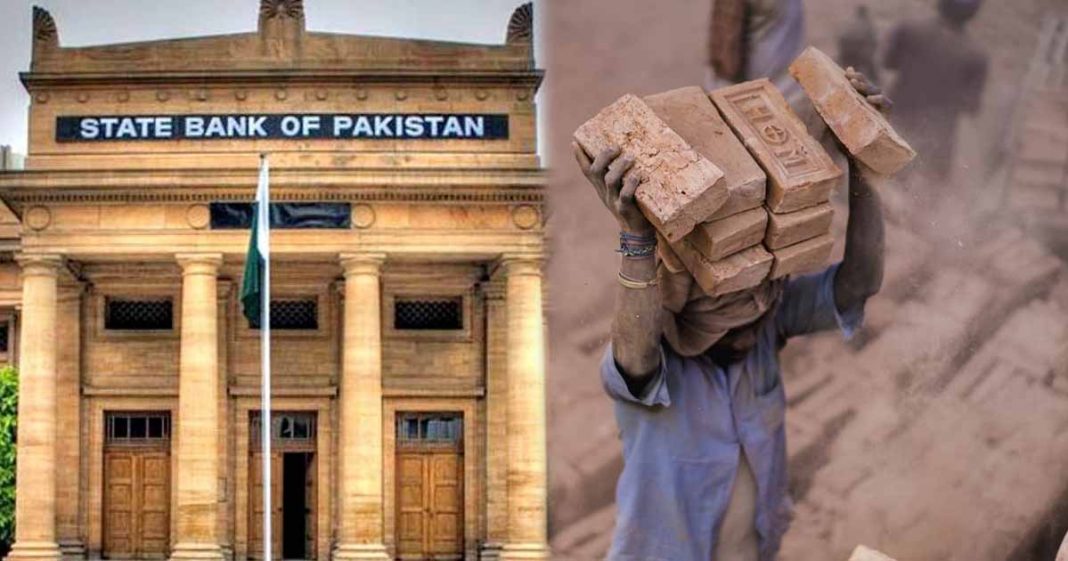 For private security services Covid-19 pandemic posed multiple problems. The closing down of business and industries meant loss of revenues for them, reducing overheads meant drastically decreasing the number of guards. Because of lockdown and partial closing of a number of branches, the Cash-in-Transit (CIT) business came down about 35%. We estimated that overall about 1500 of our several thousand guards would have to be laid off by May 31.

Faced with this horrendous situation we took our employees into confidence and requested their suggestions. The guards requested not to lay off any of their colleagues, the consensus was to make a collective sacrifice by reversing the increments given in July 01, 2019 Effective saving overall about 6.0% was achieved by their suggestion. Fuel prices going down made a further saving of another 1.5%. Still short of about 8-9% in our cash flow, we reduced other expenses, financially we still remained under tremendous pressure.

Extraordinary situation requires extraordinary measures, never before has a pandemic of global dimension endangered medically not only millions of people but force-multiplied the meltdown of the world economy. Given that almost half of our population lives on or below the poverty line even before the pandemic hit us, bread and food prices have been not only a political issue but a human one of shortage and starvation. Misjudging and mishandling of the situation will not only harm global population but will spread anarchy in the country as the mases face shortages of essential food items.

To quote my article “On Our National Day Stop Protecting Fatcats!” on March 23, 2020, “Having annunciated an excellent monetary policy, the State Bank of Pakistan (SBP) now has a responsibility to take bold steps by reducing interest rate significantly and instead of looking at the interests of stock market fat cats and banks’ profit margins”, unquote. Fortunately for us the situation was already under active consideration by our financial planners. The Governor State Bank of Pakistan (SBP) Dr Reza Baqir and his team subsequently initiated numerous wide-ranging measures to support the economy survive under the present condition.

The economic sustainability of the State required out-of-the-box solutions and the SBP took a number of measures to sustain the continued employment of workers. Vide Circular 6 of April 10, 2020 for SBP initiated a temporary refinance scheme businesses “for Payment of Wages and Salaries to the Workers and Employees”, with the core objective to incentivize businesses not to lay off their workers because of loss of business, and their revenues during COVID-19 Pandemic.

The nature of their work makes it justifiable for SBP to keep their working confidential. In contrast the success of this whole exercise required transparency and good access to SBP. Appointed as the Focal point of the Reference Scheme, executive Director SBP Samar Husnain. Executive Director SBP Samar Husnain as assisted by “point personnel teams” consisting of SBP-BSC Chief Managers and senior officials of all the banks in all the 15 cities where SBP (BSC) offices are located, being primarily responsible to address issues faced by businesses in availing the financing under SBP Rozgar scheme.

Chambers of Commerce and other trade bodies were invited to give their suggestions and direct their queries or complaints to them to resolve issues. Every scheme has teething problems, particularly when executed in a hurry. While processing applications for loans bank is justifiably a deliberate procedure, for banks to push through a totally new policy implementation in such trying circumstances when not fully staffed was always giving to be a challenge.

Read more: Economy of Pakistan and The Coronavirus

Not only was this scheme timely but implemented and executed with speed covering all types of employees, permanent, contractual, daily wages as well as outsourced workers, and then disbursed by the banks after due processing. Implementation was ensured by Samar Husnain and his SBP team by constant daily follow up on Zoom covering entire Pakistan.

SBP’s Monetary Policy Committee eased of 525 basis point in the discount rate in the two months since the beginning of the crisis. Other measures included extending principal repayments, providing payroll financing, and other measures to support liquidity. Together with the government’s pro-active fiscal stimulus-including targeted support packages for low-income households, SMEs, and construction-as well as assistance from the international community, these actions should provide ample cushion to growth and employment, while also maintaining financial stability. This coordinated and broad-based policy response provided relief and stability business and industry recovery as the pandemic subsides.

Having our banks on our side during this crisis is a great business comfort. SBP’s ROZGAR initiative and the banks response across the board has been outstanding

In the first instance 100% financing was available up to a wage bill of Rs 200 million only, vide circular 10 on 11 May 2020, SBP further facilitated middle and large businesses by enhancing finance up to 100% of wages and salaries of businesses with average 3- month wage bill of up to Rs 500 million. For April, May and June, 2020. Initially 75% financing was available up to a maximum of Rs375 million and 50% up to a maximum of Rs500 million. For businesses with 3-month wage bill exceeding Rs500 million, SBP increased this finance of up to 75% with maximum financing of Rs1 billion. However, businesses that had earlier availed lower financing due to applicable limits can now avail additional financing on the basis of revised criteria.

We faced a serious situation in a service industry where we would be forced to lay off at least 15% (1500) of several thousand blue collar workers. We approached our regular bankers, Habib Metropolitan Bank Limited (HMBL) and First Women Bank Limited (FWBL) for availing the refinancing for two of our two companies. Bankers are normally loath to take risks and that also quickly, tending to be deliberate in their outlook and approach.

Despite issues that needed to be sorted out both these financial institutions responded quickly and positively in to cope with the current situations. Complicated by Ramazan and demand of early salaries on the occasion of EID their response was commendable. In saving the livelihood of several thousand of our employees, one has high no hesitation in extending praise for the entire Habib Metropolitan Bank Limited Management for honoring our request for the refinance of employees’ salaries of SMS on a very speedy and timely manner.

What really struck me was their accessibility of senior banking officials from the President HMBL Mohsin Ali Nathani down the line. Their timely reaction gave us the needed relief. One must mention here Ali Abbas, Farooq Shaikh, Zia Hussain and Iqbal Karim who went to extraordinary lengths in providing support for this facility. Gathering together a great team of banking professionals, Mohsin Nathani has indeed inculcated a great work ethic.

First Women Bank (FWBL) led by the President Ms Naushaba Shahzad and coordinated by Ali Raza also responded positively despite the handicap of the lockdown situation and their resultant shortages of staff. The FWB team comprising Shahida Memon, Rana Habib, Samina Qazi and Seema Moulvi worked diligently to fulfil their commitment of providing the facility as soon as possible.

This was clearly new territory for the bank and one which required speed, every new scheme requires careful implementation. For this FWBL must be commended. The positive support by the two banks allowed us to cancel the reversing of the increments and thus restore employees’ original “take home” salary. Having our banks on our side during this crisis is a great business comfort. SBP’s ROZGAR initiative and the banks response across the board has been outstanding.

During every crisis those with substance stand out. With Dr Reza Baqir breathing new life into SBP, SBP has instilled hope for a beleaguered economy

SBP must keep on with out-of-the-box solutions facilitating the borrowers, reducing margin requirements further on the existing collateral and consider widening the range of their acceptable collateral. In order to ensure speedy disbursement, the bank may allow this refinance facility as a sub-limit of an existing facility with the consent of borrower, sanction of loans through sub-limits of an existing facility is important to expedite the approval process and avoid pre/post disbursement requirements. This will ensure speedy disbursement in this challenging environment.

Presently, the SBP Circulars only covers the payroll from April to June 2020, however assessing the state of affairs with respect to the economic implications of the COVID-19 spread is increasing manifold, it will peak according to GOP somewhere in July/August. Moreover Eid will fall around 31 July/01 August requiring early payment of salaries.

Therefore SBP should enhance this scheme for further three months for salaries coverage for the period from July to September 2020 as well. The process of charge creation and other certifications for SECP should also be eased to facilitate the borrowers, particularly old clients of the bank with a good track record. The turnaround time of 15-days must be ensured. Not prolonging this process will deprive many borrowers to avail this facility for payment of their wages at a critical time, all gains will be lost.

Barring the odd individuals appointed specifically to dance to their political master’s tune, SBP (and Pakistan) has mostly been fortunate to have good Governors. In this lot Dr Reza Baqir stands out as an exception, full of fresh ideas in keeping with the changing economic circumstances of the world. Pandemic has made this change drastic. Well knowing he cannot do everything himself, he has enthused the exceptional SBP rank and file to perform around the clock as a cohesive team in an outstanding manner.

During every crisis those with substance stand out. With Dr Reza Baqir breathing new life into SBP, SBP has instilled hope for a beleaguered economy. Destiny made them perform for their country when their country needs them most! Having benefitted from SBP’s out-of-the-box policies – and its swift implementation, one has no hesitation in saying, thank you SBP, you have saved the livelihood of hundreds and hundreds of thousands by acting sensibly, competently, efficiently and with the speed necessary in very adverse circumstances. One only wishes other state institutions would similarly make us similarly proud.

Coronavirus and Tech: How COVID-19 has brought tech initiative into education