How Tandoors can help fight hunger during curfew?

Amid the worsening economic situation, Tandoors can serve as the focal points for the distribution of rations. Ikram Sehgal, a Pakistani defence analyst suggests this unique idea. 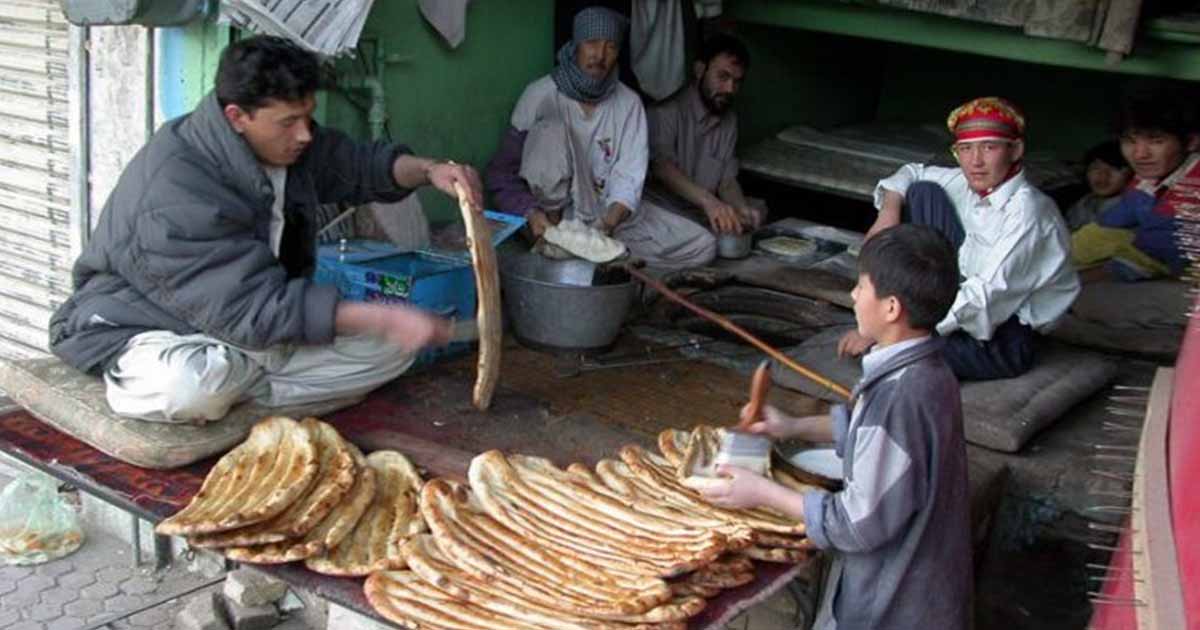 The current coronavirus pandemic is not only a medical emergency but an economic emergency as well. Given that almost half of our population lived on or below the poverty line even before the pandemic hit us, bread and food prices have been a political issue. Because of hoarding and panic buying price hikes of staple foods have led to rocketing bread prices with the result that hunger and malnutrition is spreading.

The coronavirus crisis and resultant lock-down in almost all provinces that has been brought about – partially or complete – has already cost thousands of jobs of daily wage workers. With practically no or only very little savings that by now have been spent they and their families are on the brink of starvation.

To help prevent an impending catastrophe the Federal and the Provincial governments have announced financial help for the poor and the needy to be given in the form of free ration packages to the deserving. This is timely and should be commended but the problem lies in its implementation. We have seen in the past how things can get out of hand very quickly because of many reasons.

The major question is how to distribute rations so that it reaches those who are really in need? While measures taken by the govt are laudable, this is too massive a task even with assistance from union councils, union committees, charitable and welfare organizations, etc. To help alleviate the burden we need to think out of the box – it is hereby suggested that the local tandoors (tanoors) be made the focal point of distribution of ration packages!

Bread (naan or chappati) baked from wheat is the most important staple food for our population and even the poorest of the poor needs to get their naan or chapatti on a daily basis, at least two times a day. The tandoor (or tandoor wala) thus plays a very vital role in feeding this country via the humble naan served at every meal and at every occasion, it has a central role in our culture.

Almost 90% of the citizenry rely on roti or naan as the mainstay of their diet. The naan is baked in an oven called “tandoor” and is found mainly in the urban areas. In rural areas people mostly cook their own bread and tandoors are almost extinct, but they are there and because of the closeness of rural society, they have become a focal point of exchanging news/views, gossip, etc, the tandoor wala knows just about everyone.

In urban areas literally thousands of tandoors are to be found in every locality, in market places and in every mohallah where people get their daily bread from. These tandoors are thus a focal point for everyone, the poor and the affluent, for whom naan is an essential food item. This staple meal accompaniment is sold all year round in every adverse situation whether it is law and order or intense weather conditions.

Although wheat flour is not a complete food – it provides essential energy and for some it is the only food they can afford. The per capita annual wheat consumption in Pakistan is 110 kg for adults. Out of a population of around 210 million, almost 67 million are in employment mostly as low-paid labour or daily-wage earners.

Of this almost eighty percent  have to buy roti or naan from tandoors on a daily basis at lunchtime. Migrant workers will also look to tandoors for their evening meal. Winter months punctuated by gas load-shedding and long hot summers propel entire households into venturing to these vendors who eat up almost 30 percent of national wheat supplies.

While a lock-down makes sense for many, it doesn’t for transporters of food supplies, especially fruit and vegetable that go waste when not reaching the consumers in time

No statistics exist as to the actual number of tandoors in this country but one safely contend that in a megacity like Karachi alone, literally tens of thousands exist. Because they are in touch/contact with people of a certain area or mohallah, particularly the poor and needy, they are already a focal point in every neighbourhood knowing their customers and many times, their financial status.

Thus the idea is to identify tandoors in neighbourhoods, particularly the poor localities who will serve as distribution points for free ration packages remaining open from 7 a.m. to 7 p.m. to allow maximum time and maximum number of people avail ration packages. These stations can also serve as selling points for vegetable, fruit, edible oils, etc to ease burden on local markets. People will be able to obtain items of necessity from one place only instead of having to run around in markets and cause crowding.

This will provide a unique one window operation enabling citizens purchase necessities from one place. Since tandoors are open selling points the danger of crowding will be lessened considerably providing sufficient distance between shoppers that is vital to avoid infection. In addition, those distributing rations and overseeing officials will be better protected in an open place.

To create such a network of tandoors, the role of the Union Councils becomes essential who will have to organize a scheme and identify local tandoors in the urban areas to be made the central point of distribution of goods. In order to control order and oversee distribution, a representative of the Union Council and one from any law enforcement agencies can be designated.

Only one person from one family will be given rations, ensuring that a crowd is not formed. More details could be figured out while the distribution is going on ‘learning by doing’ – this principle could be applied here and further improvements done with the passage of time as found necessary.

It is important that this suggestion be considered seriously by those who matter, starting preferably in Sindh with Karachi taking the lead without delay in order to allay the hardships for the most vulnerable segment of society, the poor and the needy. We are faced with an unprecedented situation, a most dangerous one, and there is every likelihood of the problem getting worse before so we must turn to more imaginative and creative solutions.

Another problem is to keep the supply line for wheat, vegetables and fruit intact, this can be done at the Tandoor focal points. While a lock-down makes sense for many, it doesn’t for transporters of food supplies, especially fruit and vegetable that go waste when not reaching the consumers in time. Only if supplies are ensured rations can be distributed in a regular way.

This situation is not coming to an end within a week or two and we need to be ready to face it until it lasts. And the end of the pandemic might not be the end of economic problems. With millions of jobs killed it will take time to bounce back and rations will be needed for longer.

One of the major positives that will accrue in these trying times is the visual perception that will be taken by the world at large. Perceptions are extremely important particularly in times of great calamity, the world will see a developing country like Pakistan battered by the Corona Virus, coming up with an ingenious and practical method of feeding its people, particularly the poor and needy who live below the poverty line.

The fact that we grow wheat that produces sufficient flour to keep our people well fed in this manner will have a tremendous impact on the mindset of the world. Therefore utilizing the tandoors as focal points for distribution of roti and other essential items will provide a two-fold benefit, keep the population well fed and ensure that the masses realise that in Pakistan they will not die of hunger at least (the writer is a defence and security analyst).

Ikram Sehgal, author of “Escape from Oblivion”, is a Pakistani defense analyst and security expert. He regularly contributes articles to newspapers including The News and the Urdu daily Jang. The views expressed in this article are the author’s own and do not necessarily reflect Global Village Space’s editorial policy.

I Should Have Honor: Khalida Brohi’s take at Honor Killing in Pakistan

Why India needs China to stop itself from imploding