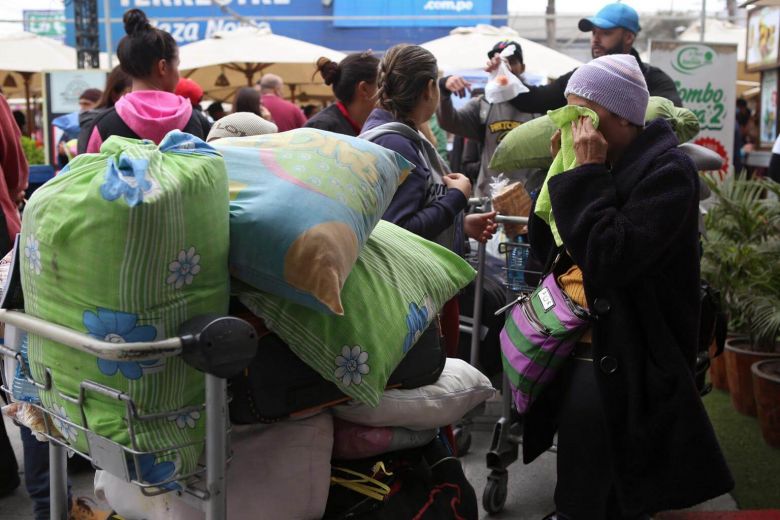 Venezuela has seen a mass exodus of citizens fleeing poverty, hyperinflation, failing public services and shortages of basic necessities. Here, AFP looks at how this situation came about and its impact not just on the country, but also on South America as a whole.

What is the Scale of Venezuelan Migration

According to the United Nations, 1.6 million Venezuelans have been displaced in the region since 2015 as the fallout from the country’s economic crisis took hold. It says 2.3 million Venezuelans are now living abroad but others put the figure much higher.

The Central University of Venezuela’s diaspora think-tank says 3.8 million people have left the country since socialist revolutionary Hugo Chavez came to power in 1998.Venezuelan sociologist Tomas Paez says between 10 and 12 percent of Venezuelans currently live abroad in more than 90 countries.

Traditionally, the majority were in Colombia, the United States and Spain — but Peru has seen the biggest influx percentage-wise since 2015 with the numbers increasing more than 150-fold. As most are leaving on foot, it’s an arduous journey in a continent that has an area of 17.8 million square kilometers (6.9 million square miles). Many end up sleeping in makeshift camps or on the streets, living off food donations and trying to earn scraps cleaning car windows at traffic lights.

Why did this Happen?

It all began when president Hugo Chavez entered office in 1999, according to Paez, but the crisis has accelerated since current President Nicolas Maduro’s assumption of power in 2013. Venezuela’s over-reliance on its vast oil reserves — 96 percent of its earnings come from crude — caused a problem when the price plummeted in 2014, causing shortages of foreign capital. The government’s response was to print more money, but that only pushed up inflation, ushering in four years of recession.

Paez says “insecurity” and the “repudiation of the… ownership of one’s own life,” are the main factors driving Venezuelans to flee the country.

Add to that “economic deterioration … the terrible scarcity and value of the bolivar” and the situation has become “a humanitarian crisis,” Paez argues.

How does it Affect Venezuela?

Initially the country was hit by a brain drain and an exodus of capital. “At first the immigration was by people with capital and a university education,” said Alfonzo Iannucci, who runs a website that diffuses testimonies from the Venezuelan diaspora around the world. Tomas Perez Bravo, of the Central University of Venezuela diaspora think-tank, says now there is only one type of person leaving the country. “The poor are leaving because now everyone is poor.”

He adds they are fleeing on foot “not because they’re not chemists, sociologists or engineers” but because “it would take 30 years to save up for an airplane ticket.”Carlos Malamud, Latin American analyst at the Elcano Royal Institute think-tank in Madrid, says the exodus is a deliberate ploy orchestrated by Maduro, who’s “using migration as a political weapon against the opposition.”

How does it Affect the Region?

Iannucci says “the avalanche of Venezuelans” has “collapsed” border towns ill-prepared for such an influx, such as Paracaima and Boa Vista in Brazil’s Roraima state. Venezuelan migrants were blamed for a rise in petty crime and competition for jobs and hospital beds there, leading a band of local vigilantes to torch migrant camps and chase them back over the border.

“We’re close to breaking point,” said Roraima state government secretary Marcelo Lopes.But Iannucci thinks things are going to get worse: “This is just the tip of the iceberg.”

The impact isn’t entirely negative, though, and can also be of great benefit to host countries, Perez Bravo says. “In Argentina they say that those arriving are young, entrepreneurial and well-qualified. “Some 60 percent of doctors applying for jobs in Chile are Venezuelan.”Peru and Ecuador both announced stricter border controls before then easing them. Ecuador is organizing a meeting of 13 Latin American countries next month while the UN is to set up a special team to ensure a coordinated regional response to the crisis.

Read more: How far can Venezuela go in raising price of world’s cheapest…

How does it Compare to Other Migrations?

In terms of numbers it has already surpassed the Cuban exodus following Fidel Castro’s revolution that toppled the Fulgencio Batista dictatorship.

Around 1.4 million Cubans fled to the US with another 300,000 heading for other parts of Latin America, the Caribbean and Europe, according to the Washington-based Migration Policy Institute think-tank.

But that was over six decades, not four years. Most Cuban migrants went to the US, but “Latin American societies aren’t prepared for such wide-scale arrivals,” says Malamud. The Venezuelan exodus “is a complete crisis. “Given the distances covered, this phenomenon could be compared to the refugee crisis in Syria,” he said. According to the UN, 5.6 million Syrians have fled the country while another 6.6 million are internally displaced as a result of seven and a half years of brutal civil war.

US warns India NOBODY has ‘special protection’ from US sanctions