Images of what the Allies found when they liberated the first Nazi death camps towards the end of World War II brought the horror of the Holocaust to global attention. 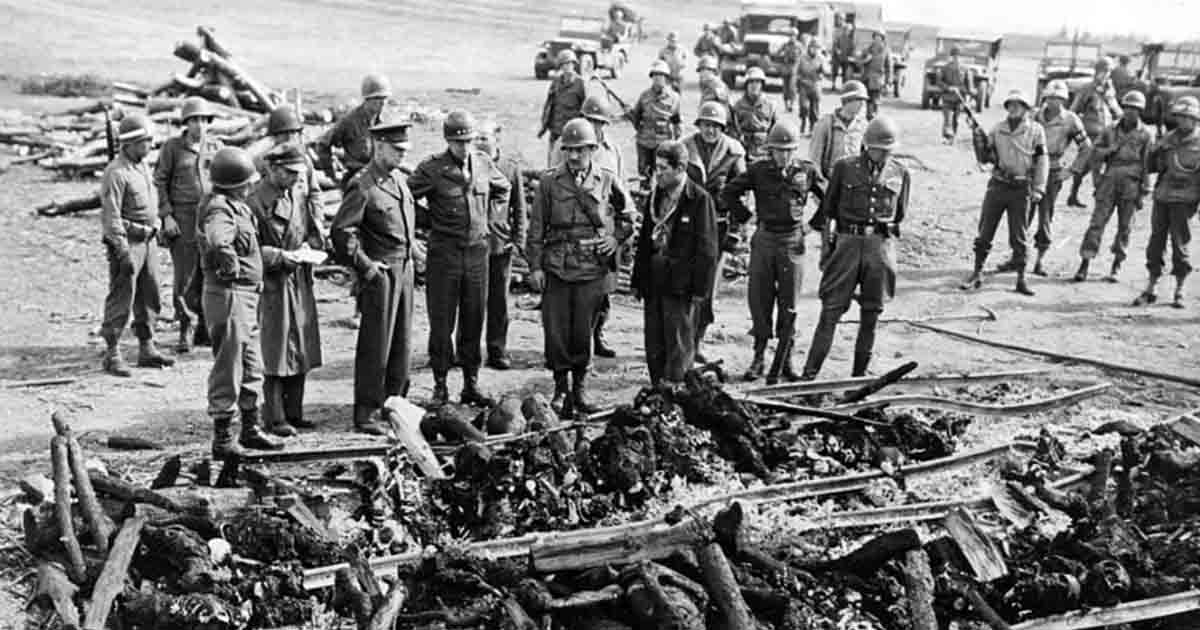 Images of what the Allies found when they liberated the first Nazi death camps towards the end of World War II brought the horror of the Holocaust to global attention.

Many of the ghastly pictures were at first held back from the broader public, partly out of concern for those with missing relatives.

The concentration and extermination camps were liberated one by one as the Allied armies advanced on Berlin in the final days of the 1939-1945 war.

75 years ago the Soviet Army liberated the largest Nazi death camp – Auschwitz. This day is now the International #HolocaustRemembranceDay. We mourn all the victims of the Nazis, including the six million Jews tortured in ghettos
and death camps and killed cruelly during raids. pic.twitter.com/IQCil0yvdU

The first was Majdanek in eastern Poland, which was freed on July 24, 1944 by the advancing Soviet Red Army.

But in France, it was only the following year that media coverage was encouraged by the provisional government led by General Charles De Gaulle set up after the liberation of France.

In June 1944, as it became clear that Germany was losing the war, Nazi leader Heinrich Himmler ordered some camps be evacuated before they were reached by Allied troops, and that their prisoners be transferred to other locations.

This mainly concerned camps in the Baltic states most exposed to advancing Soviet troops. Officers of the Schutzstaffel (SS) paramilitary in charge were ordered to cover up all traces of crimes before fleeing.

The sprawling Auschwitz-Birkenau complex in southern Poland, liberated by the Red Army on January 27, 1945, was gradually dismantled from mid-1944 and its more than 60,000 prisoners evacuated.

When the Soviets arrived, only 7,000 prisoners remained, unable to walk and follow their comrades on what became known as “Death Marches” to other camps.

The discovery of the first camps had little impact on the public at large because the images were not widely shared.

Russian and Polish investigators photographed the camps at Majdanek and Auschwitz, and US army photographers made a documentary on Struthof, the only Nazi concentration camp based in what is now France.

Marija Frlan says no one can really understand what a Nazi death camp was like unless they were in one. She turns 100 on Holocaust Remembrance Day and is spending her birthday at ceremonies honoring the 75th anniversary of the liberation of Auschwitz. https://t.co/X9ZwwDPnCy

But France in particular did not want them broadcast to avoid alarming people with relatives missing after being deported, captured or conscripted.

A turning point came on April 6, 1945 with the discovery of Ohrdruf, an annex of the Buchenwald camp in Germany.

When American forces — accompanied by US war correspondent Meyer Levin and AFP photographer Eric Schwab — entered Ohrdruf, they came across a still-blazing inferno and skeletal prisoners executed with a bullet to the head.

The Allied leadership decided immediately that all censorship should be lifted so the world could see evidence of the Nazi atrocities.

That evening France’s communist daily Ce Soir published on its front page a picture of a mass grave.

Days later Eisenhower said journalists should visit camps “where the evidence of bestiality and cruelty is so overpowering as to leave no doubt in their minds about the normal practices of the Germans”.