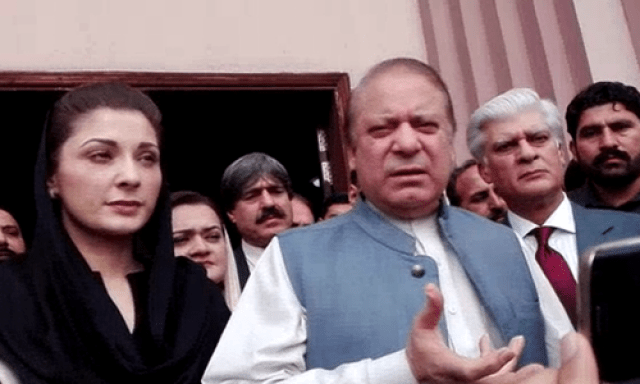 A three-member bench of the honorable Supreme Court of Pakistan has released its detailed judgment in the Hudaibya case, dismissing NAB’s appeal against the LHC judgment dated 11th March, 2014.  The honorable apex Court’s reasoning – erudite and judicious – reads as a damning charge-sheet against the functioning of NAB over the course of the last seventeen years.

It needs to be reviewed carefully so as to understand the gaps within NAB’s investigative and prosecutorial regime, and to institute steps that help improve the prosecution of white-collar crime in Pakistan. The judgment of the honorable Supreme Court, by way of background, recounts that the Hudaibya Reference (Reference No. 5 of 2000) was filed on March 27, 2000, under the signature of Lt. Gen Syed Muhamad Amjad (the first Chairman of NAB).

And that, till such time that we prosecute each Chairmen NAB – from General Amjad to Qamar Zaman – the process of accountability in our country will remain a sham.

Subsequently, on November 16, 2000, another (“final”) Reference was filed in regards to Hudaibya, which referred to the earlier one as “interim reference”. Almost a year after the filing of this Reference, on April 12, 2001, the then Additional Prosecutor General, NAB “requested that the reference at present be adjourned sine die.” (‘Sine die’, in legal parlance, means ‘without any appointed date for resumption’). And that “whenever it is deemed legal that further proceedings be taken in the reference”, NAB “will move an application in this regard”.

Thereafter, as observed in the apex Court’s judgment, NAB sought adjournments on the next sixteen (yes, 16!) dates of hearing, without any justifiable reason. Eventually, on August 21, 2008, the Accountability Court observed that “this court cannot keep this file pending for purposes of simple adjournments only. The reference is again adjourned Sine Die till an application is moved by Chairman NAB Islamabad for commencement of trial”.

A perusal of the Supreme Court’s judgment – which reads as a report-card of NAB’s performance since inception – helps one understand the failed project of accountability in our country.

Surprisingly, NAB did not submit such an application, under the signature of the Chairman.  Instead, the Prosecutor General filed an application, and then proceeded to seek adjournments on the following five (5) dates of hearing, till it was “dismissed for non-prosecution”, on November 12, 2008, when no one from NAB showed up in Court.

After an additional snooze of fifteen (15) months, NAB submitted another application for revival of the Reference, which too was not signed by the Chairman. Following this, another ten (10) hearings lapsed, mostly due to NAB seeking adjournments, and on May 3, 2010, the Accountability Court ordered that NAB must submit a fresh revival application “duly signed by the Chairman”, for the Reference to be heard.

Unsurprisingly, a slumbering NAB neither challenged this decision, no complied with the same.

Thereafter, on October 17, 2011, Sharif family filed a Writ Petition before the honorable LHC, seeking quashment of the Reference, on the grounds that it had been merely filed to make sure that the “proverbial sword of Damocles” hangs over the Sharif family.  While admitting this case for hearing, the honorable LHC observed that “this order shall not affect any application that may be moved by [NAB] for revival of the Reference.”

Once this petition was filed, NAB jolted into action and the then Chairman NAB filed an application before the Accountability Court, on July 17, 2012, seeking “revival/restoration of the Reference”.  Since the matter was already sub-judice before the honorable LHC, Accountability Court could not proceed.  And a two-member bench of the LHC, after hearing arguments from all parties, unanimously decided to quash the Reference.  However, one of the two honorable members of the bench (Justice Khawaja Imtiaz Ahmed) concluded that “NAB authorities are competent to proceed against the [accused] if the investigation is again initiated in accordance with law.”

Not because the Reference was devoid of merits. But, instead, simply because NAB’s own conduct, during the course of the past seventeen years, and its criminal negligence in not pursuing the matter on merits, amounts to harassment and victimization of the accused.

However, Justice Farrukh Irfan disagreed with this contention on the basis that it would “be mistaken as an express permission by this Court to initiate investigation afresh”; no argument had been made for reinvestigation; no reinvestigation had been done for over twelve years; reinvestigation would “give premium to the prosecution of their own fault” and result in “combating/victimizing the [accused] at the hands of NAB authorities”.

The disagreement between the two honorable judges, concerning reinvestigation of Hudaibya, was referred to a Referee Judge (Justice Sardar Muhammad Shamim), who agreed with Justice Farrukh Irfan that the reinvestigation “after about thirteen years of filing of Reference would be contrary to the scheme of aforesaid law”.  This order, which was to be challenged “within sixty days” (per Order XIII, Rule 1 of Supreme Court Rules, 1980) was not assailed till December of 2017, after a lapse of 1,229 days.  And then too, NAB could not come up with any plausible reason for the delay, or for its lackadaisical attitude in pursuing the Hudaibya case.

Importantly, as the honorable Supreme Court observed, for the better part of this period – starting from March 2000 till 2013 – NAB had been functioning under the command of seven different Chairmen, appointed by parties other than PML(N).  And still, there seems to be no cogent reason as to why the premier accountability institution failed to pursue the Hudaibya Reference with any zeal or purpose.

NAB sought the Reference to be indefinitely (sine die) adjourned. For over four years the Chairman NAB did not submit an application under his signature for the restoration/revival of the Reference.

In fact, the judgment observes that even during the hearing before the apex Court, the bench asked “how NAB would proceed with the Reference”, to which NAB “had no answer”.  The Court observes that though NAB “seeks the delay of 1,229 days to be condoned, we can not be unmindful of the preceding seventeen years and the time that the matter was investigated, prosecuted and kept pending by NAB”, and that “a person cannot indefinitely await the pleasure of a prosecuting agency to prosecute him.”

Read more: Ishaq Dar must resign for the sake of democracy

In fact, throughout the course of these seventeen years, NAB failed to even frame charges against the accused, and never once produced them before the Accountability Court, even though “there is nothing on record to show that the personal attendance of the accused was dispensed with.”  As such, the honorable Court ‘painfully’ observes “with grave concern the lack of commitment and earnestness on part of NAB” to prosecute the Reference; “NAB did not produce the accused in Court; NAB did not seek to have charges framed against them; NAB did not examine a single witness, and tender evidence; NAB sought innumerable adjournments; NAB sought the Reference to be indefinitely (sine die) adjourned. For over four years the Chairman NAB did not submit an application under his signature for the restoration/revival of the Reference. And, when the Chairman did submit such an application it was not pursued. The Reference remained moribund.”

In fact, the judgment observes that even during the hearing before the apex Court, the bench asked “how NAB would proceed with the Reference”, to which NAB “had no answer”.

In the circumstances, there is almost no (legal) justification for condoning the delay and reviving the Hudaibya Reference. Not because the Reference was devoid of merits. But, instead, simply because NAB’s own conduct, during the course of the past seventeen years, and its criminal negligence in not pursuing the matter on merits, amounts to harassment and victimization of the accused (whether he be Allah Ditta or Nawaz Sharif).

Read more: Panama Case: Why German Paper’s disclosure may be extremely damaging for…

The proceedings of Hudaibya case has lay bare the calamitous functioning of NAB authorities. A perusal of the Supreme Court’s judgment – which reads as a report-card of NAB’s performance since inception – helps one understand the failed project of accountability in our country. It sheds light on how successive governments (military as well as civilian) have never seriously pursued the endeavor of financial accountability of the rich and powerful.  It showcases how the very individuals who were in-charge of the accountability process, became a party to the crime.

And that, till such time that we prosecute each Chairmen NAB – from General Amjad to Qamar Zaman – the process of accountability in our country will remain a sham.