The writer satirically asks how innocent Nawaz Sharif really is, a political victim who all over Pakistan couldn't get proper medical care and has to leave the country with his daughter because nobody else can guarantee his life. So the question is, how innocent he really is? 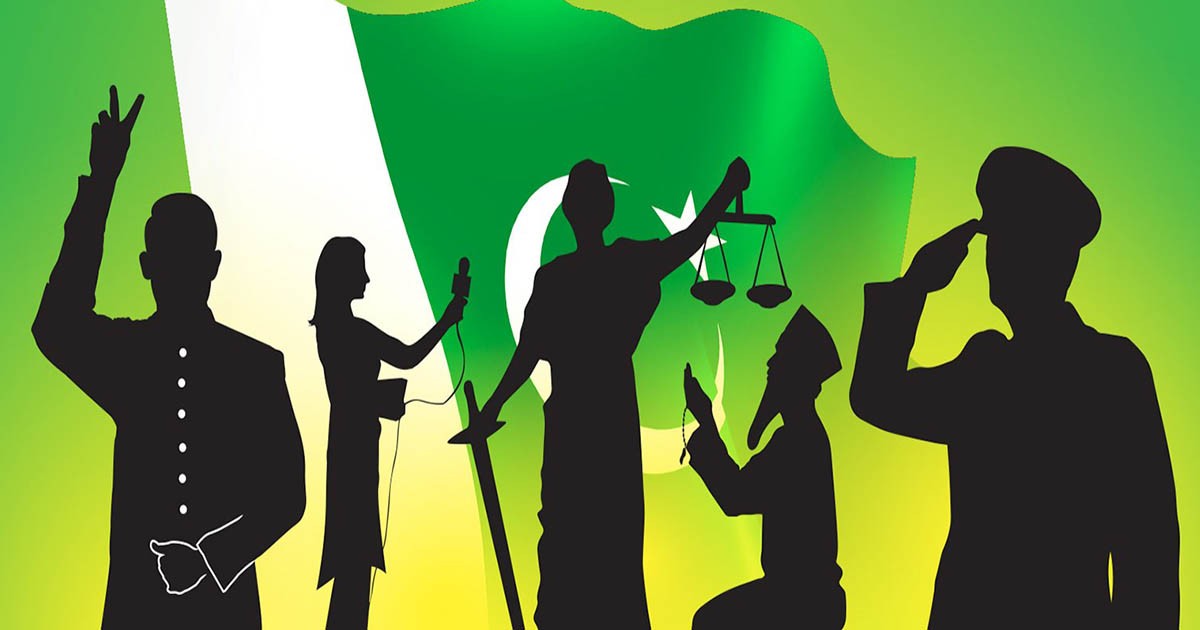 Nawaz Sharif is unwell. That is what his doctors and medical reports say. And the honorable Courts agree with this conclusion, justifying the grant of bail against convictions from the Accountability Court in Islamabad, and ongoing investigation by the National Accountability Bureau (NAB) in Lahore. His ailments are so complicated and serious, it has been reported, that no doctor or hospital in Pakistan can adequately provide the requisite medical treatment. He must go abroad. He has to go abroad. Everything else can wait, we are told. Accountability, equality, justice… everything. It can wait. For a time when Nawaz Sharif regains his youth and exuberance.

Deal? Of course, there is no deal. There has never been any. There never will be. We are clean people. People of the Book. People of the Constitution. We believe in punishing the wicked and exonerating the innocent. That’s what we do. It is the very hallmark of our ‘system’.

Above all, we are people who believe in empathy. We cannot see a sick man suffer. We cannot allow human suffering to perpetuate at the hands of the law. We cannot see a daughter weeping for her father. We cannot worry the hapless sons, who look-on from across our borders, awaiting their father’s treatment. We just cannot.

The people who languish in our prisons, deserve to be there. They have committed crimes. Or, at the very least, they are accused of crimes. Very serious ones, at that. Like that woman, Nasreen, just 80 years old, serving a (deserved) sentence for stealing hundreds of Rupees from her employer’s house. She doesn’t have a weeping son or distraught daughter who worries about her. Not since her son died in the Baldia Town factory fire.

Speaking of which, have I mentioned that we are a justice-loving people? We are investigating the events that resulted in that dastardly fire in Baldia Town. It is staking some time, yes, but we want to be thorough. So that there is no miscarriage of justice. We are rigorous in all our investigations. The Model Town massacre is another great example. We have gotten the event investigated by at least three independent fora, over five years. Unfortunately, the entire massacre was televised, live. And you know how these television folks can twist facts to suit their agendas. But we do not want to jump to conclusions about who was guilty or not. We will investigate it further. Did I mention that we are a justice-loving people?

When some foreign agenda orchestrated the (fake) Panama Leaks broke on the scene, we investigated that too. Because we love justice. But that investigation was rigged. We all know that the cases against Nawaz Sharif were merely political in nature. There is no truth to them. Who doesn’t know that he Sharifs are moneyed? They always have been. Their grandfather was a prosperous businessman when these two-bit investigators were still trying to find two coins to rub together. So what if the assets don’t match the declared income? No one keeps a receipt these days. We know that. Everyone knows that. Besides, have you not seen the Motorway? Nawaz Sharif made that.

Read more: Who is behind Nawaz Sharif’s Disqualification?

Besides, this isn’t the first time that Nawaz Sharif has had to face cases. He was falsely convicted, in 2000, and locked up unjustly. And then, when that did not break him, the power-usurpers forced him to go abroad, against his express will, to the miserly confines of Saroor Palace. It was a tough time for him and his family. He had to make do with what little he had. Started afresh. Established new factories and businesses with the leftovers. And through the sheer dint of his hard work, somehow to survive. Somehow.

Did he sign a written agreement – a deal – before leaving? Of course not. Don’t believe everything you hear on TV, or from the Supreme Court. Nawaz Sharif could never sign up for a deal. Any deal. And as soon as he could – some nine years later – he preferred an appeal before the Supreme Court and got his conviction overturned. Yes, there was the little matter of figuring out how an appeal could be filed after nine years when the statutory period is only 90 days. But the Supreme Court took the higher road. The delay was condoned (Thank you, Iftikhar Chaudhary!). And it should have been. Of course. Did I mention that we are a justice-loving people?

Maryam Nawaz should be allowed to go too. She is also unwell. But more importantly, as a daughter – as any daughter – she cannot be forced to part from her father in such critical times. We are not such people. We cannot be. Who would take care of Nawaz Sharif, if she cannot go with him? Who? His sons? No, they have already suffered so much these past few years. They are not cut out for such pressure and responsibility, those gentle souls. Have a heart!

Maybe his brother and the constant ticker-parade of political workers can take care of him, you ask? But I ask you this: can they take of him? Can they guarantee his life? Can they ensure that he never gets sick again? If so, will they be willing to file an affidavit in this regard? Can they make a solemn pledge – registered with the local notary public – that Nawaz Sharif will continue to live in perpetuity? Can they? Of course not. So Maryam has to go. She must.

What will happen to his cases, the pending appeals, and the ongoing investigations, you ask? Well, as I said, we are a justice-loving people. And we know from experience that our investigative institutions, being orchestrated by hidden powers and the Jewish lobby, can never serve justice. Just ask Maulana Fazl-ur-Rehman, if you don’t believe me. So, of course, Nawaz Sharif wants to face the trial and investigation. But only before a just court. Through due process and incontrovertible evidence.

If not in this life, then the next. Yes, the next. That’s the only place Nawaz Sharif can be served justice. A court that will understand, fully, how innocent Nawaz Sharif is. A court where Khawaja Haris can explain how every action of Nawaz Sharif was within the confines of the Constitution of 1973, the National Accountability Ordinance of 1999 and the Anti-Money Laundering Act of 2010. A court that has respect for Nawaz Sharif’s right to due process, as guaranteed by Article 10-A. A court will respect the vote and will of the people.

We are a justice-loving people. And, in that spirit, let us leave the rest of our matters to that Final Court too. That matter of Asif Zardari and how he has been persecuted without cause. Poor thing. The matter of Feryal Talpur, who was really just giving a breakfast order, in terms of ‘full-fry’ and ‘half-fry’. The matter of Uzair Baloch. Of Rao Anwar. Of Abid Boxer. Of the children in Thar. Of the victims bitten by stray dogs. Of the boy who was trampled under the protocol car, during GT-Road rally. And the countless unavenged victims, littered throughout our land.

Should Judges in Pakistan be called My Lord?