Nawaz Sharif, Maryam Nawaz, and Shahbaz Sharif are likely to leave for London. Is this the first deal of 2019? First NRO? 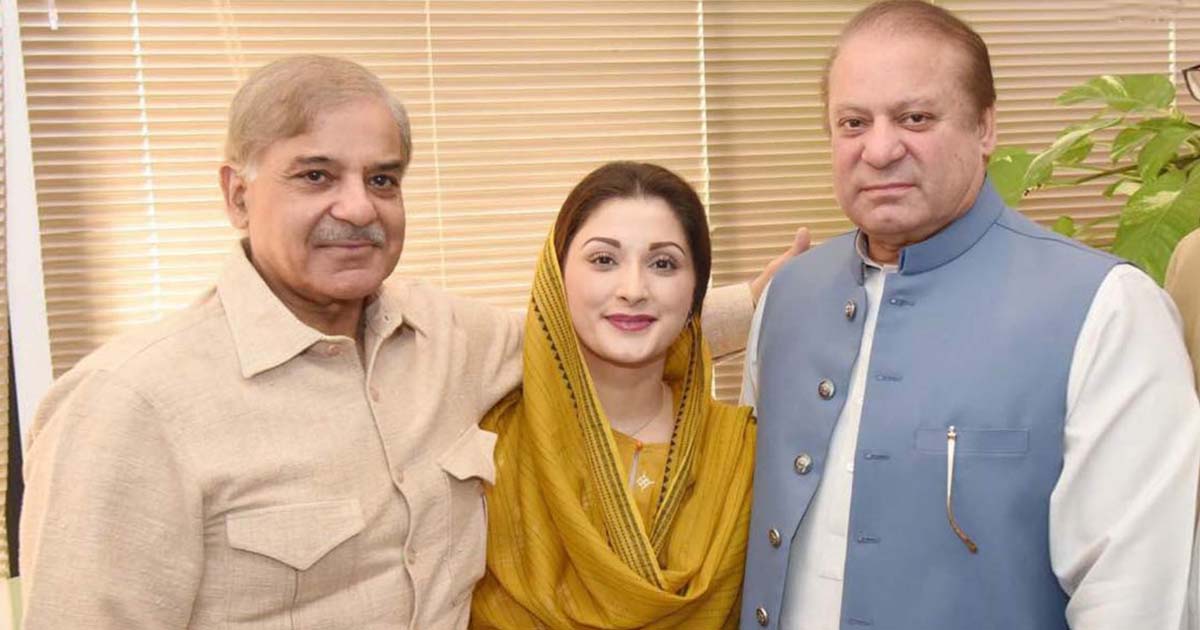 Pakistan Tehreek-e-Insaf (PTI) has finally allowed Nawaz Sharif, former Prime Minister of Pakistan, to leave for London for his treatment. According to media reports, a letter has been written to the federal cabinet to pass appropriate instructions to take Nawaz’s name off the Exit Control List (ECL). Earlier there were speculations that an alleged deal has been signed between the establishment and PML-N. The party has categorically rejected such allegations.

Anchor, Imran Khan, had predicted the unfolding of this script on 8th Sept, 2019. Events are following the script more or less; all of us media, doctors, legal wizards etc are jokers in the script, along with "platelets" 🤔 pic.twitter.com/rpEy96B6Id

It is pertinent to recall that Nawaz was recently granted bail by the Lahore High Court and Islamabad High Court on health grounds. He is reportedly suffering from a serious illness. However, analysts believe that an NRO has been given to the PML-N.

Journalist Rauf Klasra broke the news that the deal was facilitated by several friendly countries including Turkey.

Special Assistant to the Prime Minister Naeem ul Haque said that the government had seen Nawaz’s reports. He said that the former prime minister was ill and the decision has been taken in light of it. “It is the right of every Pakistani to have themselves treated as they see fit. The government has no reservations over Nawaz seeking treatment abroad,” he said.

Leader of the Opposition in the National Assembly Shehbaz Sharif will presumably accompany elder brother Nawaz Sharif for his treatment abroad and has canceled all other engagements.

MY NEW VLOG with @AmirMateen2 Story behind Deal-Winners and losers of new power game. But multi million dollars Q is who has rescued the Sharifs,this time and will at one point Imran Khan bounce back and share secret details of the deal?
👇https://t.co/6u7x3NJAUg via @YouTube pic.twitter.com/x2MLfzWF34

On the other hand, Maryam Nawaz has contacted her legal team and decided to file a miscellaneous petition to get her passport back which was submitted in the Lahore High Court following her bail approval. The counsels also met Shehbaz Sharif.

In a recent press release, the Ministry of Interior stated that it received a formal application from Shehbaz Sharif for the removal of Nawaz Sharif’s name from the ECL on medical grounds.

First NRO of 2019. Second will follow soon. Difficult for both PML and PTI to defend their respective position.

The Ministry of Interior will make its recommendations to the Competent Authority in view of the facts and after consulting all stakeholders,” said the press release.

The officials at the interior ministry are waiting for the formal orders to remove the PML-N supremo’s name from the ECL. They added that the former premier will be allowed to travel abroad within the next 48 hours.

This is the latest case that exposes the ugly realities of Pakistan’s legal system where a daughter shall be given permission to leave the country because her father is not well.

M Pitafi, a Lahore-based Political Analyst who teaches Politics and International Relations at UMT, Lahore, believes that “it was expected”. “Let’s be clear about one thing that whenever there is a top-bottom approach to democratize any country there shall be the same problems,” he said.

Professor Pitafi is of the view that in Pakistan our approach towards democracy is misleading since it gives ‘more power’ to one institution which ultimately becomes the center of all politics.

A Lahore-based professor of Political Science also spoke to GVS and argued that “whenever there is a controlled democratic process, it has to face such ill-fated ends. A top-bottom approach in the age of social media (post-fact society) is suicidal. It is destined to doom the overall political system.

NS-MNS saga has some very important precedents for Pak prisoners – If you are imprisoned but sick – you can leave prison and go out to a hospital of your choice. If a woman is in prison and her father is sick she can be released and maybe even travel abroad to join him. 🙃

The only way forward for Pakistan is to

b) end political engineering by the agencies

c) focus on citizens’ socialization to become responsible voters, and this is to be done by the political parties as well as public intellectuals; as PTI did mobilize middle-class youth and sought its space”.

He also suggested to come out of security state argument. “Pakistan shall continue to face such shameful scenarios unless we decide to believe in a genuine representative democracy, and say a permanent goodbye to the security state narrative. These are the lessons for all of us,” he said.

Pakistan Pavilion at Davos: Making a case for Pakistan

From Chiniot to Harvard; the story of a boy from Pakistan