FIEDMC's M3 Industrial City is now home to Hyundai's manufacturing plant. This is Hyundai's first manufacturing plant in Pakistan since Nishat Group of Companies brought the Automotive giant back to the country as Hyundai Nishat Motor Private Limited (HNMPL). The newly working industrial plant is all set to produce 15000 vehicles per annum. 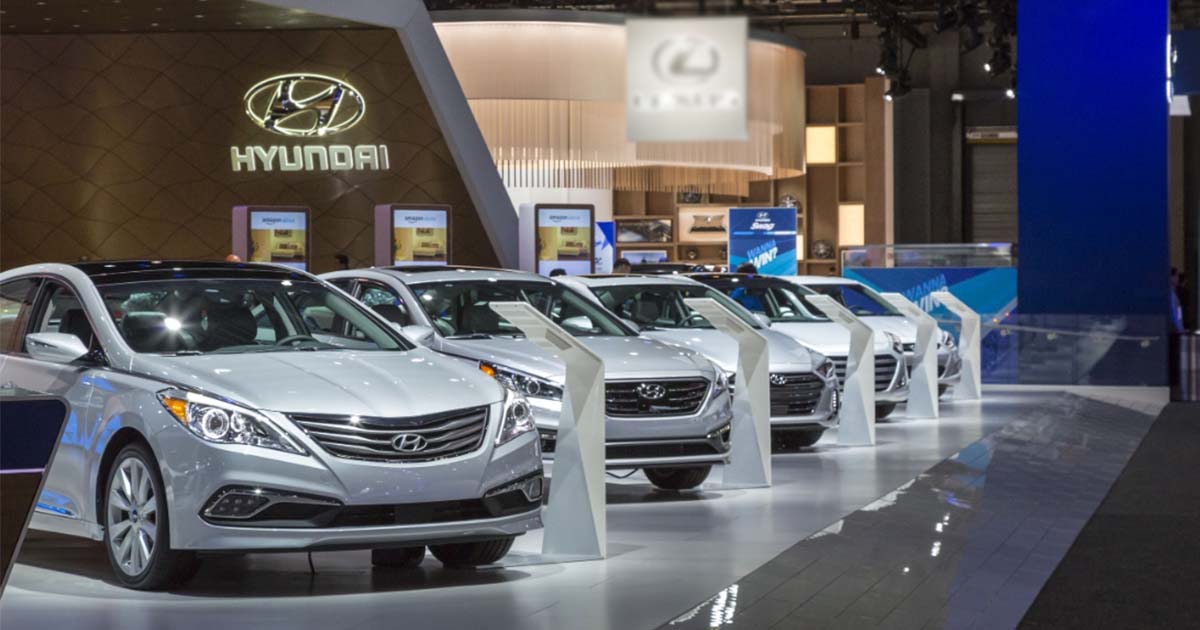 Not very long ago, South Korean car manufacturer Hyundai re-entered Pakistan’s car market under the name of Hyundai Nishat Motor Private Limited (HNMPL). This company was setup as a collaborative venture of Pakistan’s Nishat Group of companies and one of Japan’s leading trading company, Sojitz Corporation. Hyundai used to assemble cars in Pakistan until 2004 but left the market when its local partner Dewan Farooque Motors Limited went bankrupt.

According to Mian Mansha, the CEO of Nishat Group, it was expected that HNMPL will roll out its cars at the end of 2019 or at the beginning of 2020. Staying true to the plans, the manufacturing plant’s groundbreaking took place in 2017. HNMPL had started setting up a car assembly plant for Hyundai, which included cars and light commercial vehicles in FIEDMC’s M3 industrial city, Faisalabad with the production capacity of 7,000 vehicles.

However, newer details confirm that Hyundai’s manufacturing plant is now fully operational with an annual production capacity of up to 15,000 units per annum in its initial phase. It will start producing the Porter H-100 pickup as its first “made in Pakistan” vehicle.

Hyundai-Nishar Motors plans to produce three passenger car models. Each product will be launched every six months, beginning in June 2020. Currently, due mostly to government policies, WHT on non-tax filers and currency devaluation the auto sector is in dire condition. Hyundai-Nishat Motors has stated that it will currently only produce 20 to 25 units of H-100 pickups every day. The plant will operate only one shift per day, although it has the capacity to easily manufacture 50 vehicles in a two-shift day, which it can do so later when consumer demand picks up.

Hyundai Nishat Motor’s plant is based in the M-3 Industrial City (M-3-IC) Special Economic Zone in Faisalabad which has over 4000 acres of land. It is operated as a private-public venture through Faisalabad Industrial Estate Development and Management Company (FIEDMC).

FIEDMC is a collaborative endeavor between the provincial government and several of Faisalabad’s business tycoons, led by its Chairman Mian Kashif Ashfaq (from Chenab group). Together, they are working on building a potent Special Economic Zone (SEZ) along Faisalabad’s motorway to provide local and foreign companies to carry forward with their industrial activities on easier tax and trade policies.

The Hyundai-Nishat joint venture rolled out its first commercial vehicle – Hyundai Porter H 100 – on Monday, 2nd December 2019. As of now, the vehicle will be manufactured in the HNMPL plant in M3 Industrial City. This will be the company’s first official ‘Made in Pakistan’ product since its return to the Pakistan’s automotive market.

The Porter H 100 is expected to cater to the Pakistan’s light commercial vehicle market. The car is equipped with a 2,600cc Euro-II diesel-engine with five-speed gearbox. This vehicle is expected to flourish in the market, as a similar variant was sold by Dewan Motors a few years ago, called Shehzore. According to HBNMPL officials, Shehzore was enjoying 50% of market share in the commercial vehicle category, in its time.

Sources revealed that the company established its manufacturing facility in the M3 Industrial City, Faisalabad with an initial investment of $150 million in 2017, which offers many incentives for new entrants and especially encourages FDI. In fact, plans have been made to invest more than $230 million to enhance its production capacity to 30,000 units from 15,000 units per annum by 2023.

Industrial Estates are actively allowing inflow of foreign direct investment into the country, which will surely help us climb up the global ladder soon

Tatsuya Sato, Chief Operating Officer-HNMPL, said “We are proud to open our new production facility in Pakistan. Now fully in operation, our new plant allows us to serve the transportation requirements of Pakistan’s market, with world class Hyundai’s product line that enjoys a strong legacy in the local market. In the longer run, we aim to make it a vital part of our global production network.”

Since the announcement of the Automotive Development Policy 2016-21, international auto-industry competitors have started taking interest in setting up assembly plants in Pakistan.

Several Special Economic Zones (SEZs) are under construction all over Pakistan to address this demand. Currently, FIEDMC’s megaprojects in Faisalabad is helping this part of Punjab to become a strong industrial hub in the country. Local and international companies have already started work on their projects in the zone.

Read more: Hyundai all set to surprise Pakistan on the 8th of October

Major investments are coming from USA, UAE and especially, China, whose companies are pouring hundreds of millions of dollars into the industrial zones.

This is quite an achievement, given Pakistan’s exceptionally low ranking at 136th place in the World Bank’s Ease of Doing Business index (despite its recent increase). One can expect an accelerating rise in the nation’s economy and job opportunities for the locals. Industrial Estates are actively allowing inflow of foreign direct investment into the country, which will surely help us climb up even more on the global ladder soon.

What Does A Medical Billing Company Do?