‘I am still a commissioned officer’, says Kulbhushan Jadhav 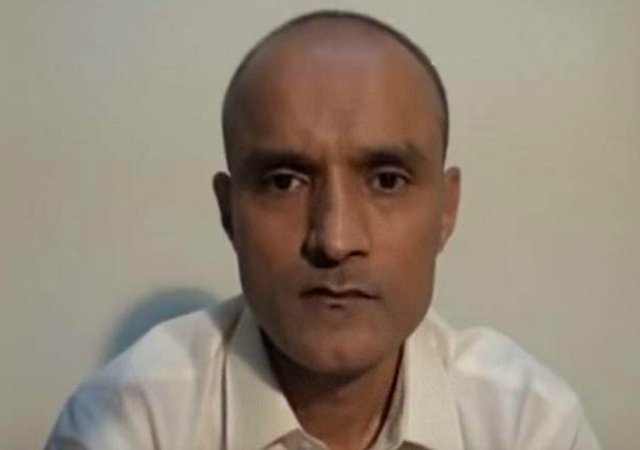 Kulbhushan Jadhav, in a video message released by the Foreign Office (FO), said that he could see fear in the eyes of his mother and wife. The Pakistani government allowed his wife and mother to come visit him on humanitarian grounds. Kulbhushan is an Indian spy who was captured in March 2016 in Baluchistan.

He was tried in a military court where he has been convicted of terrorism, spying and other disruptive activities against Pakistan. He was awarded a death sentence by the military court and his punishment was endorsed by the then Chief of Army Staff. India approached the International Court of Justice (ICJ) and the case will be heard later in the year.

India should pay heed to Jadhav’s advice of moving in a positive direction because pointing fingers will only worsen the already volatile relations between the two countries.

He sent a message to the Indian people, Indian Navy and the Indian government that he is still a commissioned officer in the Indian Navy and his commission is not over. Confessing to his crimes again, he said, ‘I was working for RAW and I am a soldier, law enforcement agencies are looking into it’.

He was perplexed to know that his mother and wife were not informed of his activities, ‘they should have been informed before meeting me’, he exclaimed. Expressing concern over his family’s welfare, he revealed that they have been threatened and he stoically stated that, ‘Whatever has happened, has happened. There is no reason that my mother and wife should be scared’. He also said that his mother went into a shock after hearing about his activities. ‘Why are they lying about my working with an intelligence agency?’ he asked.

It is too early to speculate how India will respond to Jadhav’s video but we can hope that they’ll lead to positive developments between the two nations and remove differences.

He regretted that this lie made the meeting unpleasant when it was supposed to be pleasant. Jadhav requested that India should stop lingering on this issue, end enmity and move in a positive direction. Kulbhushan Jadhav was allowed to meet his family on Christmas’ eve. His mother and wife were accompanied by an Indian diplomat. Pakistan allowed this meeting as a humanitarian gesture in goodwill but the Indian government accused Pakistan of harassing Jadhav’s family.

Read more: Jadhav makes clemency appeal to the COAS: What will be his…

Indian media also reported that Jadhav had been assaulted but he himself declared that he had been treated with respect and was unharmed. They claimed that Pakistan broke the terms of agreement and didn’t allow the Indian diplomat to sit in the meeting. Pakistan was also accused of intimidating the women; separating them from the Indian diplomat, harassment by Pakistani media and making the women change their attire.

Expressing concern over his family’s welfare, he revealed that they have been threatened and he stoically stated that, ‘Whatever has happened, has happened.

This recent video by Kulbhushan Jadhav has crushed the arguments of Indian officials and Indian media. He admitted that he was being treated in a very professional manner and he was not harmed in any way. The only complaint he had was against the Indian authorities for denying his role as a spy and not informing his family about his activities, he was also very disappointed at the way his family was treated by the Indian diplomat.

His latest statement has turned the tables in Pakistan’s favor and proven Pakistan’s innocence against the Indian accusations. Now it seems certain that Jadhav’s family was harassed and it was not the Pakistani government that harassed them but the Indian government.

It is too early to speculate how India will respond to Jadhav’s video but we can hope that they’ll lead to positive developments between the two nations and remove differences. India should pay heed to Jadhav’s advice of moving in a positive direction because pointing fingers will only worsen the already volatile relations between the two countries.

Analysts: US needs ample force in Afghanistan for ISIS and Al-Qaeda