I am the King – I don’t need courts to verify that! 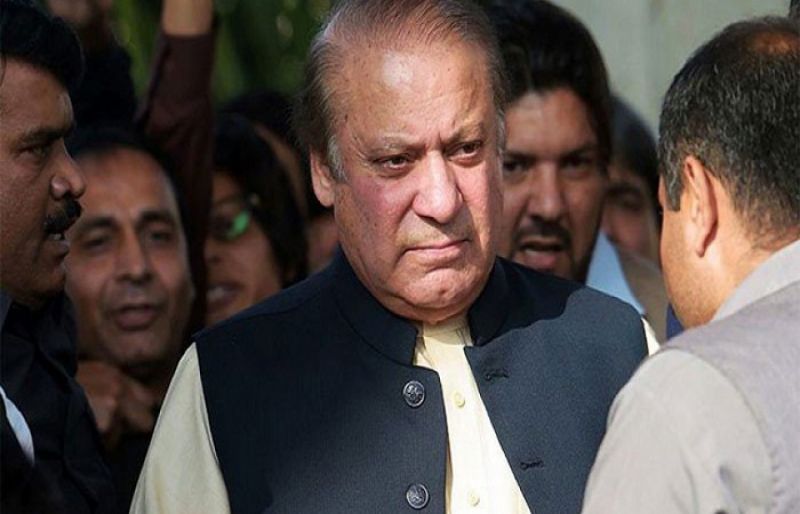 On Wednesday, the honorable Supreme Court of Pakistan announced its short order in the challenge to Election Act, 2017, removing Nawaz Sharif from his position as President of PML(N). To be more precise, the honorable Supreme Court declared that a person who is disqualified from being elected member of the Parliament (per Article 62 and 62 of the Constitution) cannot be elected ‘Party Head’ under the Election Act, 2017.  And as a result, Nawaz Sharif, can no longer be the ‘Party Head’ of PML(N).

In the aftermath of this order, the usual suspects within PML (N), along with their supporters in the legal community and sections of the media, have reinvigorated the narrative of portraying the honorable Court as a partisan institution.

So it is worth asking: has the honorable Supreme Court delivered a partisan order?  Was this order another step in some undeclared ‘conspiracy’ to dethrone the King?  Has the Court maneuvered its interpretation of the law to reach a predetermined conclusion?  And, more generally, has the court become a party in the ongoing political crisis of Pakistan?

The honorable Court, undoubtedly, finds itself in the middle of political cross-fire.  However, a dispassionate analysis would reveal that (at least this time) it is not the Court that has taken a partisan position… instead, it is one political party that is dragging the Court into a partisan mud-fight.

Let us start with a few facts about the case itself.

Prior to passing of the Election Act, 2017, the conduct of political parties, and their officeholders, was governed through the Political Parties Order, 2002.  Specifically, section 5 of the 2002 law stipulated that every citizen “not being in the service of Pakistan” could join a political party. However, the said provision also required that “a person shall not be appointed or serve as an office-bearer of a political party if he is not qualified to be, or is disqualified from being” member of the Parliament under Article 62 and 63 of the Constitution.

The Political Parties Order, 2002 was in force on 28th July, 2017, when Nawaz Sharif was disqualified from being a member of the Parliament. Consequently, he also lost his position as head of PML(N).

Almost immediately, the PML(N) political machinery finalized and passed the new Election Act, 2017 (which, by the way, PML(N) resisted introducing during its first four years of governance, when all other political parties were clamoring for electoral reform).  The 2017 Act repealed, inter alia, the Political Parties Order, 2002, and introduced a new legal regime that had no specific prohibition against disqualified individuals becoming officeholders of a political party.

Read more: Law of the mafia: PML-N lawyers on fire

This new law was challenged before the honorable Supreme Court through fifteen separate petitions, which specifically prayer that a disqualified individual (any such individual) be prohibited from becoming officeholder of a political party.

The honorable Supreme Court, after hearing all parties concerned, passed its short order last week.  For “detailed reasons to be recorded later” the honorable Court concluded that a coherent reading of the relevant constitutional and legal provisions entails that any person who does not meet the qualification/disqualification set out in Article 62 and 63 of the Constitution, cannot be elected as officeholder of a political party, or (as ‘Party Head’ sitting outside the Parliament) exert influence and control over the functioning and conduct of the Parliament.

The reasoning of the honourable Court, as provided in the short order, bases this conclusion on the following trajectory of legal imperatives: 1) the preamble of the Constitution (Objectives Resolution) stipulates that right to “association” (read: political activity) is “subject to law and public morality”;  2) Article 17 of the Constitution (Freedom of Association) is not an unfettered right, and entails that every citizen  has a “fundamental right to form associations subject to any reasonable restrictions imposed by law in the interest of sovereignty or integrity of Pakistan, public order and/or morality”;  3)  “Articles 62, 63 and 63-A of the Constitution create an integrated framework for ensuring that business of the Parliament is conducted by persons of probity, integrity and high moral character”, whether they be in the Parliament or outside of it;  4) under Article 63-A of the Constitution, ‘Party Head’ has extensive powers in regards to election of Prime Minister, passing of ‘Money Bills’, and constitutional amendments;  5) the Election Act itself “empowers a Party Head to perform multifarious functions that have direct nexus with the process of elections” and with the functioning of political parties; and 6) as a result, provisions of the Election Act (including provisions relating to political party officeholders) “are liable to be read, construed and interpreted subject to the provisions of Articles 62, 63 and 63-A of the Constitution”, thus entailing that  “any person who suffers from lack of qualification under Article 62 or disqualification under Article 63 of the Constitution is debarred from holding the position of ‘Party Head’ by whatever name called”.

Keeping political rhetoric aside, it is impossible to comprehend what part of this order, or the underlying legal and constitutional reasoning, is partisan is nature.  Is it not a settled principle of our jurisprudence that all statutory law (including the Election Act, 2017) must be read, interpreted and applied in accordance with the Constitution?  Put another way, if the Constitution requires that all decisions in the Parliament are to be taken by individuals who pass the test of Article 62 and 63 of the Constitution, can a sub-constitutional legislation allow a disqualified individual to dictate the Parliamentary mandate (from outside the Parliament) in his/her capacity as ‘Party Head’?  What would be next?  Will foreign citizens decide our legislative agenda?  Will convicted criminals be able to dictate who our parliamentarians should elect as the Prime Minister, or what constitutional amendments can be passed?

Also, while on the point, is there any part of this judgment that is Nawaz Sharif or PML (N) specific? Has the honorable Supreme Court held that only Nawaz Sharif, or only PM (N)’s party head, is required to abide by the commands of Article 62 and 63?  Or does this judgment apply to all political leaders and every political party? Is the Supreme Court to be blamed if PML (N) is the only party (at the moment) whose ‘Party Head’ is a disqualified individual?  Is the honorable Court to be blamed for PML (N)’s concerted insistence that a disqualified individual be elected as the head of their political party?

In the aftermath of this order, the usual suspects within PML(N), along with their supporters in the legal community and sections of the media, have reinvigorated the narrative of portraying the honorable Court as a partisan institution.

There is valid ground for criticizing the judiciary on issues of jurisprudence (e.g. why has the Court not defined the contours of Article 184 (3), or why is the judicial appointment process still shrouded in secrecy and mystique?). But this judgment, and the honorable Supreme Court’s interpretation of reading provisions of the Election Act, 2017 in line with constitutional mandate, does not merit such criticism.

The honorable Court, undoubtedly, finds itself in the middle of political cross-fire.  However, a dispassionate analysis would reveal that (at least this time) it is not the Court that has taken a partisan position… instead, it is one political party that is dragging the Court into a partisan mud-fight. And that too for no other reason except to hide three decades of illegal wealth accumulation and governance failures.

Read more: Hudaibya Decision: Should Ex-heads of NAB from Gen. Amjad to Qamar…

While this may be a valid political strategy for the Sharif family, this approach of targeting the Court spells disaster for our democratic enterprise. In the circumstances, one can only pray that saner minds will see through this hypocrisy, and rise above immediate political and personal goals to defend our constitutional republic.

The writer is a lawyer based in Lahore. He has an LL.M. in Constitutional Law from Harvard Law School. He can be reached at: saad@post.harvard.edu, or Twitter: @Ch_SaadRasool. The Views expressed in this article are authors own and do not necessarily reflect the editorial policy of Global Village Space.

Reuters - 18 September 2021
In Afghanistan, people have been detained and beaten ever since the Taliban took power. Due to the current situation in Afghanistan, the UNHCR chief says, there's a 'space for discussion' with the Taliban over human rights.

Are the people ready for another long-march against dictatorship?