The Board of Governors of the IAEA has passed a resolution which criticises Iran for its denial of access to nuclear sites. This could be the final nail in the coffin for the Iran Nuclear Deal, as Iran has vowed to retaliate in the face of these sanctions. 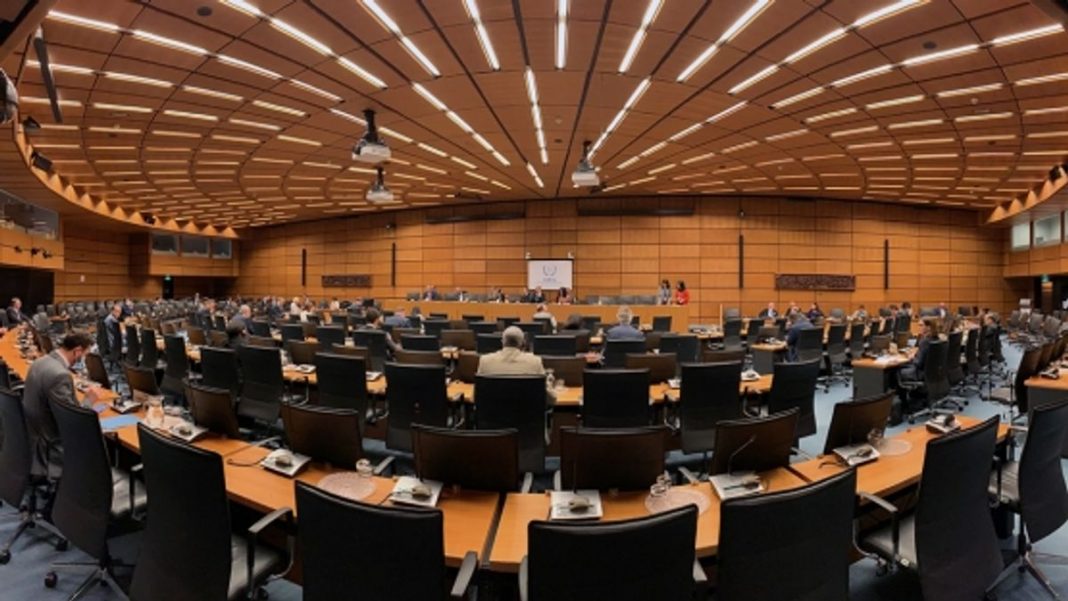 The board of governors at the UN nuclear watchdog has passed a resolution critical of Iran, diplomats said Friday, the first of its kind since 2012. The IAEA passes critical resolution on Iran as the world community has increasingly asked Iran to be more transparent over its nuclear program.

The resolution calls on Tehran to provide inspectors from the International Atomic Energy Agency (IAEA) with access to two sites in Iran in order to clarify whether undeclared nuclear activity took place there in the early 2000s.

Iran has been blocking access to the sites for months.

The resolution was carried by 25 votes in favour versus two against, with seven abstentions.

Resolution was adopted just now by IAEA Board of Governors, draft resolution was tabled by France, Germany and UK, say diplomats. pic.twitter.com/GfF2zIo22P

Russia and China, both of which had spoken out against the prospect of a resolution earlier this week, voted against.

It had been put forward by France, Germany and Britain and supported by the United States, even though the American ambassador the UN in Vienna had said “the text could be strengthened”.

Earlier this week Iran warned that such a resolution would be “counterproductive” and that it would take “appropriate measures” in response.

Russia’s Ambassador to the UN in Vienna Mikhail Ulyanov echoed that position after the resolution was passed on Friday.

“While stressing the need for Tehran and IAEA to settle this problem without delay, we believe that the resolution can be counterproductive,” he tweeted.

Even though the sites in question are not thought to be directly relevant to Iran’s current nuclear programme, the agency says it needs to know if activities going back almost two decades have been properly declared and all materials accounted for.

Despite the row over the two sites, the IAEA says it still has the access it needs to inspect Iran’s declared nuclear facilities, as per its mandate under the landmark deal between Iran and world powers reached in 2015.

However the latest dispute comes as that deal continues to unravel, with Iran continuing to breach the limits on nuclear activity in the accord in retaliation for the US withdrawal from it and reimposition of sanctions.

The International Atomic Energy Agency (IAEA) noted “with serious concern that, for over four months, Iran has denied access to the Agency… to two locations,” according to an IAEA report.

The report said that the IAEA had questions as to the possible “use or storage of nuclear material” at the two sites and that one of them “may have been used for the processing and conversion of uranium ore including fluorination in 2003”.

Diplomatic sources had indicated that the IAEA’s queries about the locations related to Iran’s historic nuclear programme and not its current activities.

The aforementioned site “underwent significant changes in 2004, including the demolition of most buildings”, the report noted.

A third site where the IAEA has queries about the possible presence of undeclared natural uranium “underwent extensive sanitization and levelling in 2003 and 2004,” according to the report.

In a separate report, the IAEA warned Iran’s enriched uranium stockpile was now almost eight times the limit set in a 2015 deal.

The limit was 300 kilogrammes (661 pounds) of enriched uranium in a particular compound form, which is the equivalent of 202.8 kg of uranium.

In comparison to the latter number, the report said Iran’s stockpile stood at 1,571.6 kg on May 20.

Iranian scientist indicted by US arrives back in Iran