Santenello said he found people across Pakistan super-friendly, particularly in Peshawar-which he called the friendliest city of Pakistan. For him, the most fascinating thing about Karachi is the ‘busy and hectic street life’. He added that he hardly gets a busy street life like Karachi in Ukraine. 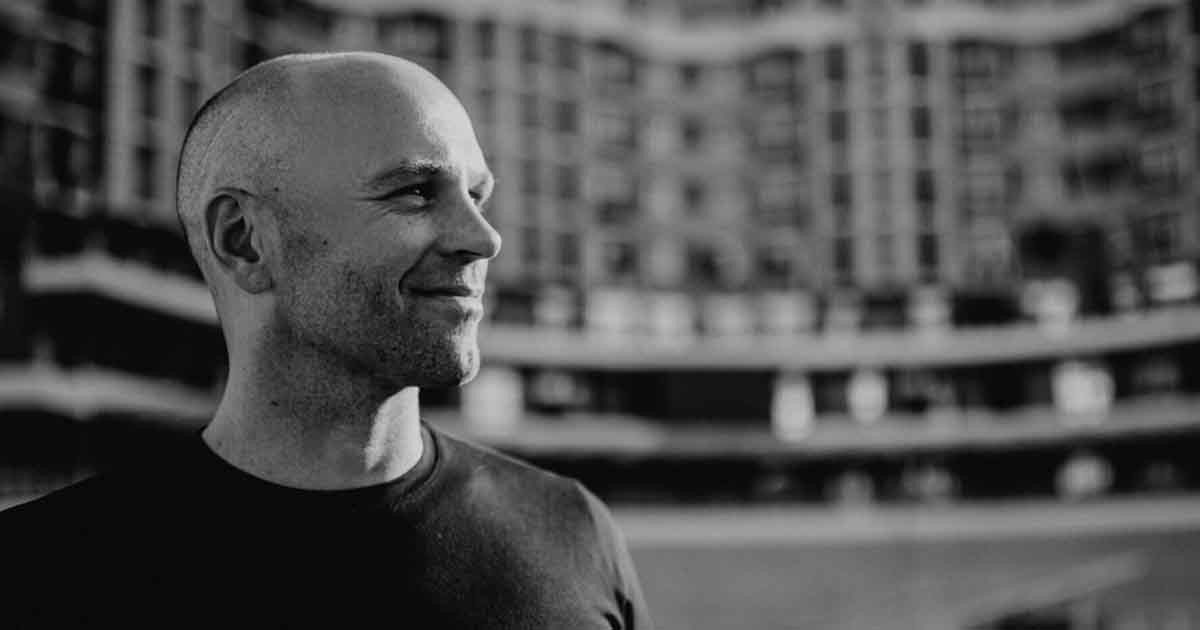 Peter Santenello, the American-Ukrainian travel blogger, is in awe of Pakistan after touring the country last year. During his visit, he traveled from Lahore to Hunza and from Peshawar to Karachi.

He shared a series of captivating short clips of his tours to different cities across Pakistan on his Instagram account. Hence, Peter Santenello did a more-than-hour long live session on YouTube and shared in detail the experience of the visit to Pakistan. Santenello said he found people across Pakistan super-friendly, particularly in Peshawar-which he called the friendliest city of Pakistan.

He called Pakistan and its people are ‘cool’ while expressing his likeness for the country. He interacted with Pakistani viewers and gave interesting replies to the questions from them in the live session.

A viewer asked him about his experience of food in Pakistan. He said he liked the food in Lahore, Punjab. But he also mentioned the street food of Karachi, which he found ‘amazing’. Satenello added that he liked the food all over Pakistan.

For him, the most fascinating thing about Karachi is the ‘busy and hectic street life’. He added that he hardly gets a busy street life like Karachi in Ukraine.

Differences between Indian and Pakistan

Peter Santenello gave an interesting analysis of the similarities and differences between Pakistan and India. He added that he has thrice visited India but this was his first trip to Pakistan.

He said both the countries have distinct cultures and lifestyles. Adding that they both are very diverse within themselves. He added that while life in Indian is colorful, people in Pakistan are curious as they welcome their guests and want to know about them.

► Filmed DECEMBER 2019 Come with me to explore this fascinating world of ship-breaking (3rd biggest ship-breaking yard in the world) and follow the adventure of getting expelled from Balochistan, Pakistan. MUSIC 🎵 ► LEMMiNO – Dubitation https://soundcloud.com/lemmino/lemmin… LEMMiNO – Dubitation by LEMMiNO is licensed under a Creative Commons License. #karachi#gadani#pakistan#shipbreaking#peoplenotpolitics

Peter Santenello associated this feature of curiosity to hospitality, which he says he experienced in all the Islamic countries. He added that hostility is part of the Islamic culture. Hence, he found people in Muslim countries more hospitable. He said he experienced fewer scammers in Pakistan than India. Peter said he got across one scammer in Islamabad but reportedly faced more scammers in India in his previous two trips. He, but, added that scamming incidents in India depends more on where you are.

► This was filmed in DECEMBER 2019 I know the world's friendliest city is a big claim. In this video, I take you on a journey into hospitality in its most extreme form in one of the most interesting corners of the globe. FOLLOW ME 📸 ► Instagram: https://www.instagram.com/petersanten… ► Facebook: https://www.facebook.com/PeterSantenello ► Website: https://www.petersantenello.com ► Twitter: https://twitter.com/PeterSantenello SUPPORT THIS CHANNEL ✅ ► Patreon: https://www.patreon.com/PeterSantenello ► Subscribe: https://bit.ly/3bS9dEB MUSIC 🎵 ► Thanks, Robert Shaw for your excellent music! Check out his website here where you can listen to some of his creative tracks: https://www.woodlandviewstudios.com Song used in the video: →ON THE ROAD ► LEMMiNO – Dubitation https://soundcloud.com/lemmino/lemmin… LEMMiNO – Dubitation by LEMMiNO is licensed under a Creative Commons License.

He added that despite differences in both the countries, the two countries are similar in plenty of ways. In response to a question from a listener on tourism in Pakistan, he said anyone who is curious must visit Pakistan.

What Peter Santenello thinks about Islamophobia

The travel blogger also answered a question on Islamophobia damaging tourism in Pakistan. Peter said Islamophobia is a form of ignorance and perhaps ignorant are hard to change. He said that countries that have bitter relations with the USA like Iran and Iraq were more open and hospitable to Americans like him unlike the UK- the closest ally of the USA.

He said people with no exposure to the Islamic world internalize Islamophobia. Travel blogger added that as per his experience he has found the majority of Muslims against the radical groups. He added that it’s the media who disseminate negative news to people based on fear and hate.

Suzuki jacks up its prices – AGAIN

Model Town Incident: Three years and no hope of justice, yet!