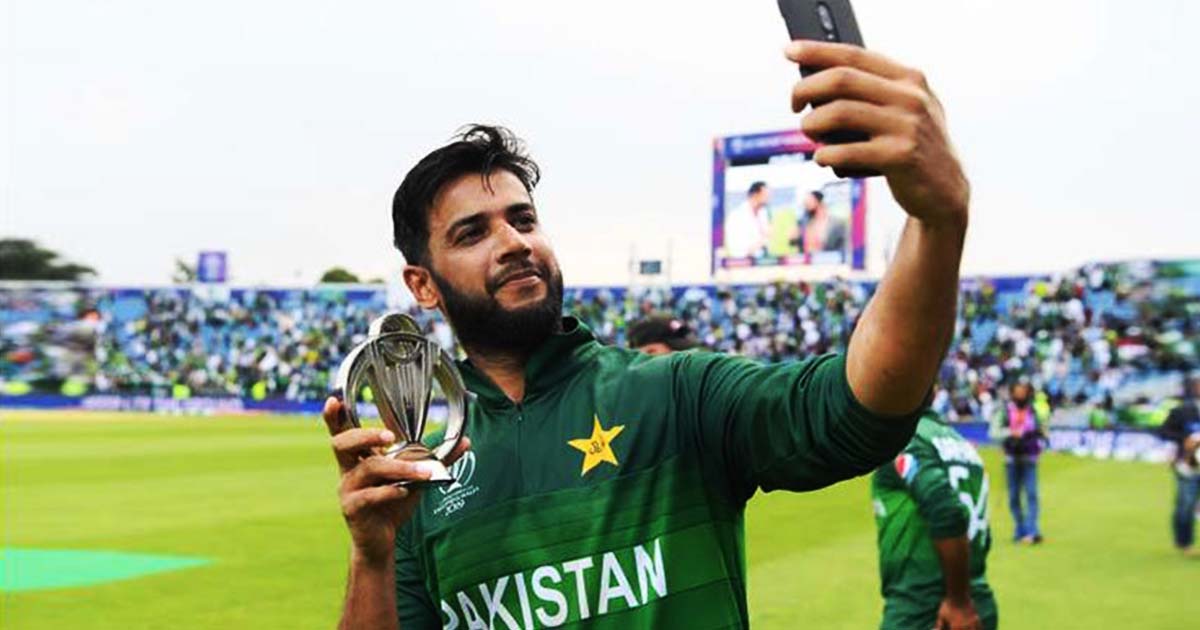 Cricketer Imad Wasim is the latest to join the wedding club after Hassan Ali tied the knot with Samiya Arzu. Imad Wasim is marrying Sannia Ashfaq.

Imad Wasim has returned to Pakistan for his wedding, which was held in Islamabad. Sannia Ashfaq is a British-Pakistani girl who met Wasim in London for the first time. He is currently representing Nottinghamshire in English county cricket.

Regarding his marriage, Wasim asserted, “I will get a week’s break from my professional commitments for the marriage ceremony and will rejoin Nottinghamshire for the remaining matches.”

Imad Wasim was hailed for sailing Pakistan towards victory in a crucial match against Afghanistan in the Cricket World Cup 2019.

Earlier, while addressing a press conference after returning from the Cricket World Cup Imad Wasim was asked about his marriage plan by a reporter. The actor pleasantly replied to the question stating that he will send an invite to him when it will happen. The preparations for the weddings are in full swing.

Imad, in an interview, admitted that if he were to be given the job, he would accept it.

“As a young cricketer, I have always wanted to play for Pakistan and being offered captaincy would be an honor for me,” he stated. He asserted that he would not mind if PCB decides to retain Sarfraz Ahmed as captain or they chose someone else.

“My job is to play cricket and if I am given the responsibility to captain the side, it would be great as I have never backed down from a challenge, but if not, then just being a member of the team will be an honor in itself,” Imad said.

“This is something for the PCB to decide and I would never go to them and ask for this position,” he said. “To be clear, I will be happy to serve under any player that the PCB offers the captaincy to as all I am interested in is serving my country.”

Imad Wasim was hailed for sailing Pakistan towards victory in a crucial match against Afghanistan in the Cricket World Cup 2019.

Iqra Aziz opens up about cyber bullying and mental health!