Fatalities occurring from the coronavirus continue as nearly 89,000 deaths have occurred so far. Given the economic downturn in the global economy, the IMF warns of a recession more dangerous than the Great Depression of the 20th century. Like Pakistan, many countries depend upon the aid provided by the IMF. If such a crisis becomes a reality, what will be the future of Pakistan and other IMF dependable countries? 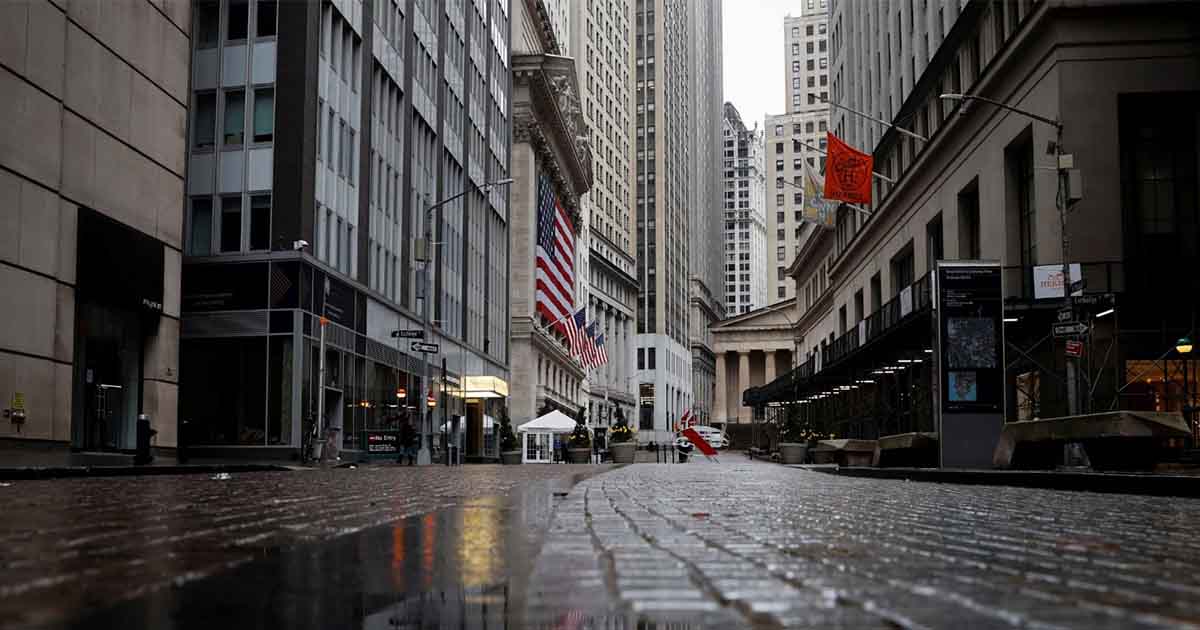 The global coronavirus pandemic has inflicted an economic crisis unlike any in the past century and will require a massive response to ensure recovery, IMF chief Kristalina Georgieva said Thursday.

The warnings about the damage inflicted by the virus already were stark, but Georgieva said the world should brace for “the worst economic fallout since the Great Depression.”

With nearly 89,000 deaths in 192 countries and territories and the number of cases now surpassing 1.5 million worldwide, much of the global economy has been shut down to contain the spread of the virus.

The International Monetary Fund expects “global growth will turn sharply negative in 2020,” with 170 of the fund’s 180 members experiencing a decline in per capita income, Georgieva said.

Just a few months ago, the fund was expecting 160 countries to see rising per capita income, she said in a speech previewing next week’s spring meetings of the IMF and World Bank, which will be held virtually due to the restrictions imposed due to the COVID-19.

It could get worse

Even in the best-case scenario, the IMF expects only a “partial recovery” next year, assuming the virus fades later in 2020, allowing normal business to resume as the lockdowns imposed to contain its spread are lifted.

But she added this ominous caution: “It could get worse.” There is “tremendous uncertainty around the outlook” and the duration of the pandemic, Georgieva said.

The IMF will release its latest World Economic Outlook on Tuesday, with grim forecasts for its members this year and next. In January, the IMF projected global growth of 3.3 percent this year and 3.4 percent in 2021. But that was a different world.

The US economy has purged 17 million jobs since mid-March, with the latest weekly data issued Thursday showing 6.6 million workers filed for unemployment benefits, and economists projecting a double-digit jobless rate this month.

The World Bank said Thursday the pandemic might cause the first recession in Africa in 25 years.

Researchers at the Institute for International Finance (IIF), a global banking association, expect a 2.8 percent plunge in global GDP, compared to a decline of 2.1 percent in 2009 during the global financial crisis. That is a sharp reversal from October, when the IIF predicted 2.6 percent growth.

Recovery depends on decisive actions now, Georgieva said. The IMF has $1 trillion in lending capacity and is responding to unprecedented calls from 90 countries for emergency financing.

Countries already have taken steps worth a combined $8 trillion, but Georgieva urged governments to do more.

“Lifelines for households and businesses are imperative” to “avoid a scarring of the economy that would make the recovery so much more difficult.”

IMF Executive Board today approved US$109.4 million disbursement to help #Rwanda address the economic impact of #COVID19. This is the first COVID-19 emergency funding for an African country and we are working hard on other requests. https://t.co/s2FQO4GeDY #coronavirus #IMFAfrica pic.twitter.com/I3vhiLeAvS— IMF (@IMFNews) April 2, 2020

The IMF board approved a doubling of emergency lending facilities that will provide about $100 billion, and is moving ahead with debt relief for the poorest countries and also help for countries with unsustainable debt levels.

“The bleak outlook applies to advanced and developing economies alike. This crisis knows no boundaries. Everybody hurts,” Georgieva said.

She noted that about $100 billion in investments already had fled emerging markets — more than three times the capital exodus seen in the 2008 global financial crisis.

US officials have scrambled to apply a tourniquet to stem the bleeding of jobs in the world’s largest economy and keep the financial system from freezing up.

The Federal Reserve rolled out another series of lending programs Thursday totaling $2.3 trillion to help small and medium businesses as well as state and local governments facing cash shortages.

The US is moving “with alarming speed” from unemployment near a 50-year low, to a “very high” rate, Fed chair Jerome Powell said in a speech Thursday.

Read more: IMF: Recent COVID-19 Recession Could Be Worse Than The Crisis of 2009

And like Georgieva, he indicated the US government will have to provide more direct support, since the Fed is limited to lending to solvent entities.

“All of us are affected, but the burdens are falling most heavily on those least able to carry them,” Powell said. But he also tried to offer some reassurance, saying the US economic rebound could be “robust.”

WHO worried about global healthcare as lockdowns eased