Impact of Coronavirus on global economy

In first two months of 2020, global econony slowed down by 20 per cent. March and April witnessed more severe economic conditions. The future of global economy is uncertain as no vaccine is yet developed for the virus. So how will the world economy be in Corona world? 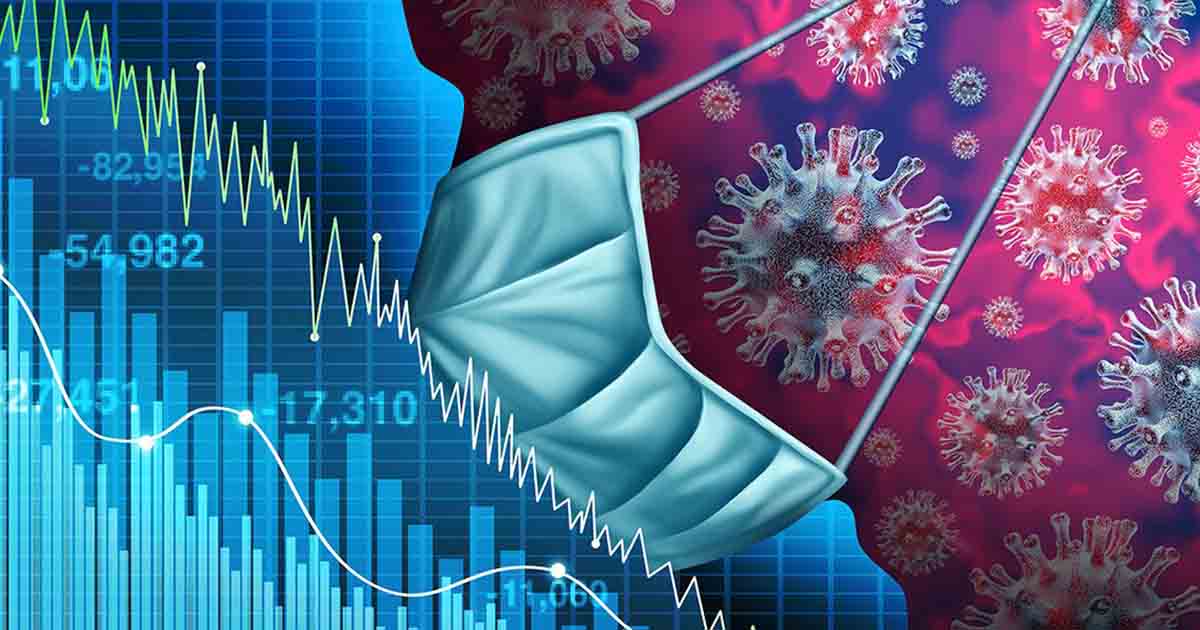 As we grapple with the outbreak of novel coronavirus (or Covid-19) in an increasingly interconnected world, the pandemic is causing large-scale loss of life and economic mayhem. With well over 1000,000 confirmed infections and 80,000 deaths worldwide till date, it is now believed to be a global catastrophe to what was initially viewed as a largely China-centric theme. The Americas, Australia, Europe, Africa, Asia are all wrestling with its enormity and aftermath.

While the virus’s epidemiological trajectory remains unclear, local and national governments across the continents have implemented aggressive efforts to slow its transmission. From closing schools to barring public congregations, from locking borders to asserting travel controls, most nations have already experienced some form of a national shutdown.

The deadly virus brings with it the third and greatest economic shock of 21st century after 9/11 and the financial crisis of 2008. The sizeable economic outcomes of corona outbreak are starting to play out. First signs of epidemic’s effects on China’s economy are far worse than the initial predictions. The official data reveals a widespread slowdown in its economic activity and signifies the virus caused a 20% GDP decline in the first two months of 2020.

By March, analyses of Chinese services and manufacturing sector slumped to record lows, its automobile sales sank a record 80%, and China’s exports shrank by some 17% in January and February combined, as new orders plummeted to their lowest levels since the global financial crises.

Likewise, earlier in March, the US stock market took only 15 days to plunge into bear territory, which is a 20% drop from its peak. Markets are now down 35% with credit markets clogged and credit spreads spiked to 2008 levels. Even mainstream financial firms such as Morgan Stanley, Goldman Sachs, and JP Morgan, are expecting a contraction in the US GDP by an annual rate of 6% in the first, and between 24% and 30% in the second quarter. The US Treasury Secretary has alerted that the redundancy figures could rise steeply way over 20%, which is twice the peak levels of the 2008 financial crisis.

Notwithstanding unparalleled emergency interventions by both the European Central Bank and US Federal Reserve, the international financial markets have continued to fluctuate wildly. The S&P 500 Index had its worst week since 2008, falling15% in the week ending 20th March 2020.

Japan and Europe particularly, given their high dependence on trade and feeble fourth quarter performance, are likely already in recession. The Organization of Economic Cooperation and Development (OECD) projected that pandemic outbreak would depress the global GDP growth from 2.9% to 2.4% for 2020.

As governments encourage social-distancing measures and consumers stay at home, tourism and travel-related industries are among the worst hit at the sector level. The International Air Transport Association (IATA) warns that the pandemic outbreak can cost worldwide air carriers between $63 billion and $113 billion in proceeds in 2020.

If governments around the globe fail to curb Covid-19’s progression or loosen social-distancing controls too soon, the human toll and economic impacts will be earth-shattering

So far, national governments have pronounced essentially uncoordinated and country-specific responses to the pandemic in order to cushion their economies. China has announced financial support to certain sectors like aviation, and fiscal stimulus to the tune of billions in special-purpose loans for companies combating liquidity restraints.

The Federal Reserve in the US has cut the policy rate in coordination with other US bank regulators to encourage financial institutions in a bid to prevent the growth shock turning into a broader financial crisis. The US Senate has passed a $2 trillion coronavirus aid bill that is the largest economic stimulus in US history that entails direct payments of $1,200 to most American adults and aid to help small businesses pay their staff.

The global economy now faces a dual threat. First, if governments around the globe fail to curb Covid-19’s progression or loosen social-distancing controls too soon, the human toll and economic impacts will be earth-shattering. Second, the coronavirus outbreak is seriously threatening to crush the stability of entire global financial system. Despite falling energy prices, the decision by two of the world’s biggest energy producers to uphold current production levels has further unnerved investors and placed more strain on global economy.

Until today, it seems scientists across the spectrum do not have a clear cognizance of the transmission and behavior of the virus. Uncertainty remains to be part of the backdrop for the foreseeable future. Now is the time for policy-makers to employ coherent, coordinated, and credible strategy actions to mitigate the economic fallouts and protect the most vulnerable in our societies from what is already and sadly a social calamity.

The writer is a London based Chartered Accountant who recently concluded Master’s in International Political Economy at King’s College London and International Relations from the University of Surrey. Tweets @hammadzamurrad. This piece was first published in The News International. It has been republished with permission. The views expressed in this article are the author’s own and do not necessarily reflect Global Village Space’s editorial policy.

Coronavirus is transforming into global pandemic