Global recession is inevitable: So how will Pakistan save its economy?

Corona pandemic has brought world to a stage where great depression is inevitable. PM Khan although announced a stimulus for recovery and support to the economy. But the question is how will it be financed? 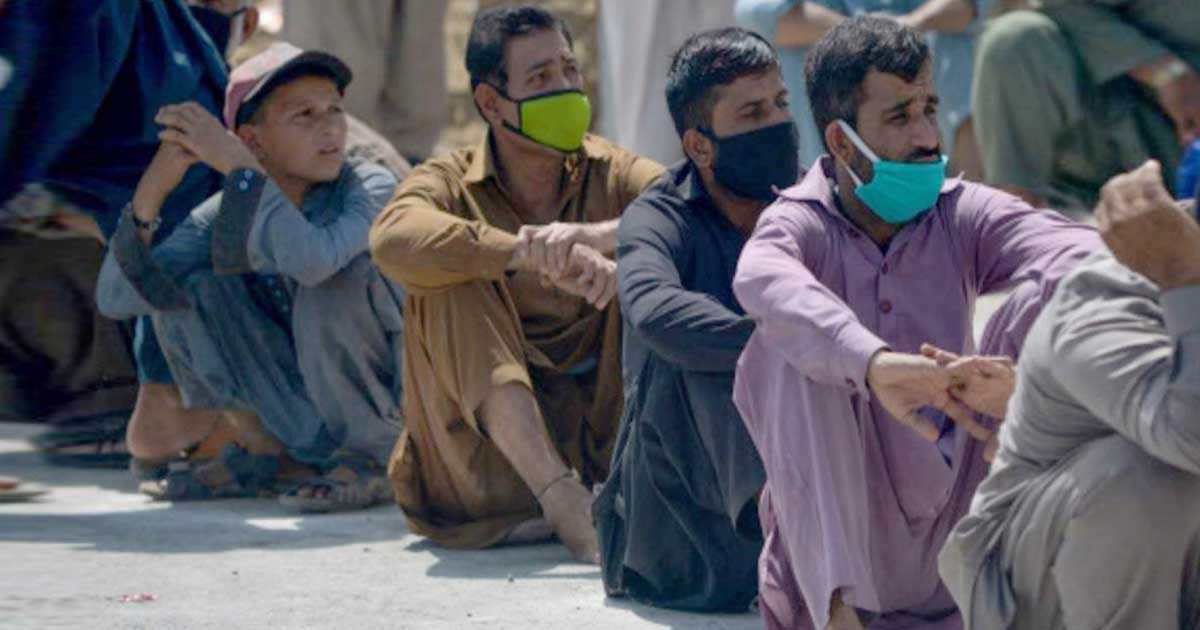 2020 was meant to be the year when global economy sailed through in the run up to the U.S. Presidential vote later in November. The grounds for complacency were kindled with the soothing of US-China trade woes, a fiscal stimulus package in Japan, and an improved outlook for Europe. But by early March, the spread of novel coronavirus (or COVID-19) and subsequent activity-stifling plans to curtail its transmission compelled forecasts to be slashed.

The Organization for Economic Co-operation and Development (OECD) cut its global GDP growth estimates from 2.9% to 2.4% for 2020, and cautioned that the surge of virus pandemic could halve expected growth to 1.5%. Similarly, Bloomberg Economics has warned that the full-year GDP growth could tumble to zero in a worst-case plague situation.

With well over 1,000,000 confirmed infections and 80,000 deaths till date, the corona outbreak has disrupted everyday life of billions all around the world. For many low-income countries without a margin of economic safety, the survival through this mindboggling calamity will entail unparalleled compassion coupled with swift and synchronized measures from multilateral institutes and developed nations.

The strict social-distancing measures and severe government lockdowns to limit the pandemic have further exacerbated already tense economic activity, which in turn has condensed people’s income and taxes

The deadly virus brings with it the fastest and deepest economic shock in history and sparks a discourse on another global recession. In many emerging market economies like Pakistan, the lethal virus may not have taken its peal yet vis-à-vis harrowing records of numbers infected and fatalities, but the financial explosion has already preceded the full onset of pandemic.

The Pakistani Stock Market’s benchmark KSE-100 Index has plunged by over 25% in March, and the Rupee by over 6%. With a population of nearly 220 million people seriously at risk from a looming health disaster in already constrained fiscal space, Pakistan’s regional and national administrations have strived to tackle the challenge with scrupulous attention to relieve sufferings of the most vulnerable sections of society and the business community.

The central government has declared an extensive Economic Relief and Stimulus package of Rs. 1.25 trillion (or some $7 billion) that aims to support low-income families, food security, small and medium sized businesses, agriculture and exports. Under the program, cash stipends will be delivered to around 10 million weak and deserving households worth Rs. 150 billion, and relief to daily wage workers to the tune of Rs. 200 billion.

Equally, the State Bank of Pakistan has approved a set of actions worth Rs. 5 billion to aid medical centres and hospitals for the procurement of apparatus to handle coronavirus. It has also cut the policy rate twice by a cumulative 225 basis points to 11% in March to allow breathing space for businesses facing cash-flow glitches. In addition, the government has pronounced support funds of Rs. 100 billion in tax refunds and a further Rs. 100 billion in deferred interest payments for businesses.

Although provincial governments have also initiated to prepare their own financial packages to deal with the economic effects of the crisis, all this befalls at a time when Pakistan’s financial ability to bear the costs of epidemic is severely limited. With depleting exports and dwindling inbound remittances, the equation for foreign exchange reserves and balance of payments is now under immense stress.

In such milieu, the Keynesian prescription of strong fiscal stimulus appears to be scarce for stimulating recovery or averting a broader economic crash. This means that the country will need some form of debt repayment reprieve, and require further monetary back-up from developed world and multilateral institutions such as the International Monetary Fund (IMF) and World Bank.

Nonetheless, Pakistani government has engaged in ongoing talks for monetary assistance with the IMF, and the fund has conveyed its support for considering the request

Hence, it will be sensible for Pakistan to request that certain harsh targets, such as the obligation to considerably magnify tax revenues to narrow fiscal imbalances, are adjourned until global economy returns to normalcy.

Among the world leaders, Prime Minister Imran Khan has spearheaded the call for a moratorium on debt repayments in the wake of the global calamity. As other leaders from developing nations and international organizations have echoed this plea, the IMF and World Bank cannot unilaterally restructure the debts and have to look towards G20 members for the final verdict. Nonetheless, Pakistani government has engaged in ongoing talks for monetary assistance with the IMF, and the fund has conveyed its support for considering the request.

Desperate times call for desperate measures. Uncertainty remains to be part of the backdrop for foreseeable future. Now is the time for all stakeholders to come together and employ coherent, coordinated, credible strategy actions to mitigate the economic fallouts and protect the most vulnerable in our societies from what is already and sadly a social catastrophe.

The writer is a London based Chartered Accountant who recently concluded Master’s in International Political Economy at King’s College London and International Relations from the University of Surrey. Tweets @hammadzamurrad. This piece was first published in Arab News. It has been republished with permission. The views expressed in this article are the author’s own and do not necessarily reflect Global Village Space’s editorial policy.

Covid-19: Keep this in mind before easing the lockdown

Administrative accountability courts must be set up