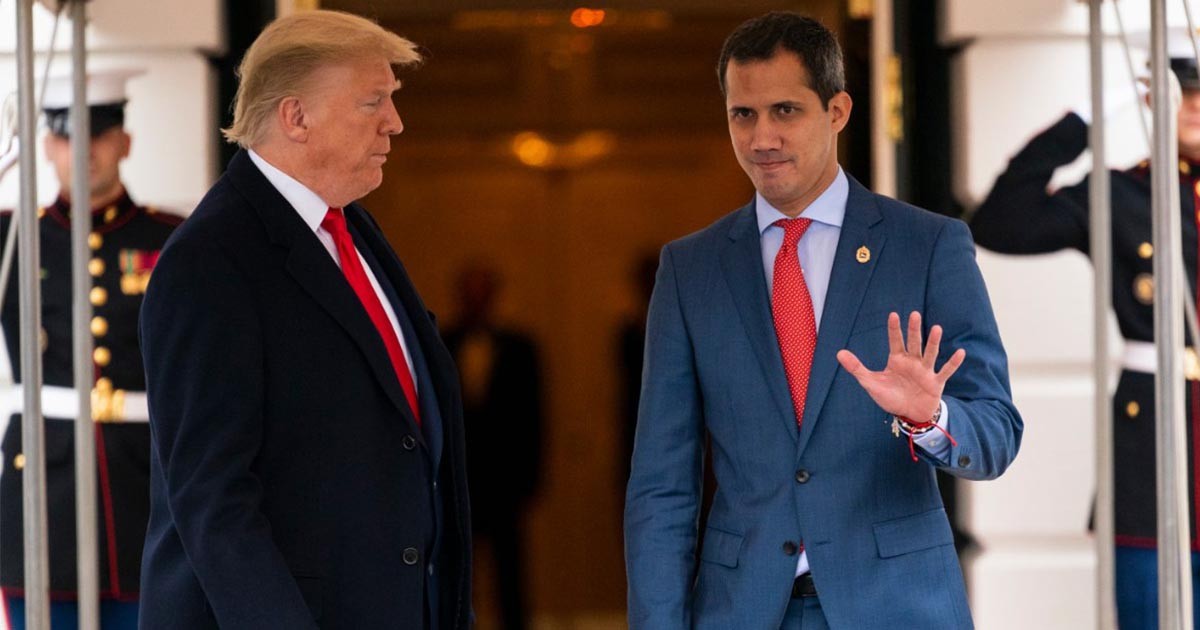 Guaido, who with US support has been seeking for more than a year to topple leftist president Nicolas Maduro, pulled up to the White House in a black SUV as Trump gave a thumbs-up sign to the cameras, in front of Marine sentries stationed at the doors.

But the White House abruptly cancelled a press availability in the Oval Office, which had been scheduled to take place shortly before the Senate voted against removing Trump from office.

While Trump’s acquittal had been widely expected, he was deprived of a complete party-line vote when Republican Senator Mitt Romney revealed he would vote to convict the president.

Despite Washington’s focus on impeachment, which stemmed from Trump’s pressure on Ukraine to dig up dirt on a political rival, Guaido appeared buoyed by the US support.

Writing on Twitter after meeting earlier in the day with Vice President Mike Pence, Guaido said he was working together with the United States “for the freedom of Venezuela.”

“We appreciate the firm and clear fight from the US government together with the Venezuelan people and our region,” Guaido tweeted.

In a brief statement, the White House said the meeting “was a historic discussion about how we can work together with our partners in the region to achieve a democratic transition in Venezuela.”

Guaido, a 36-year-old engineer turned politician, is considered interim president by the United States and most other Western and Latin American nations.

Maduro’s re-election was marred by widely reported irregularities and he presides over a crumbling economy, with many Venezuelans struggling to find basic necessities and millions of people fleeing the country.

But Guaido’s efforts to oust Maduro through street protests have fizzled and US sanctions have failed to move the leftist leader, who still enjoys the support of his military as well as Russia and China.

Trump — who some observers had thought was no longer interested in Venezuela — on Tuesday forcefully called for Maduro’s ouster, during his annual State of the Union address to Congress.

“Maduro is an illegitimate ruler, a tyrant who brutalizes his people,” Trump said.

“But Maduro’s grip of tyranny will be smashed and broken,” Trump said, introducing Guaido as one of the president’s guests watching from the gallery.

A US official, speaking on condition of anonymity, scoffed at recent commentary that Guaido “had gotten snubbed by President Trump,” saying the Washington visit was designed to “put that narrative to rest once and for all.”

Venezuela’s government lashed out both at Trump and Guaido, who has been allowed to move with relative freedom despite a travel ban and his seeking to overthrow the regime.

In Caracas, Maduro called on the “honest sectors” in the United States to halt Trump’s “interventionist, illegal and immoral” policies that are leading to a “high level conflict” against Venezuela.

Trump has descended into “madness” with support from his “puppet” Guaido, Maduro said in a speech broadcast on radio and television.

Foreign Minister Jorge Arreaza earlier told reporters that Trump “offends and disrespects the Venezuelan people by proffering violent threats against its integrity” and against the Maduro government.

A separate government statement hit out at Guaido, denouncing the “shameful complicity of those dedicated to selling their homeland for humiliating crumbs tossed to them by their boss, Mr Trump.”

Guaido, who managed to unite Venezuela’s fractious opposition, enjoyed wide applause when Trump introduced him before the US Congress — a unifying moment in a highly partisan speech from which several Democrats walked out.

But the top Senate Democrat, Chuck Schumer, said that Guaido’s visit in fact showed the weakness of Trump’s foreign policy, arguing that Maduro was more deeply entrenched than a year ago.

“If the policy was working, Juan Guaido wouldn’t be in the balcony here. He’d be in Venezuela,” Schumer said.

“He’d be sitting in the president’s palace, or at least waging a fight to win.”

Evidence of Google manipulating elections pulled from Youtube by Google