Imran blasts Sharifs and company for appeasing the Indo-US lobby 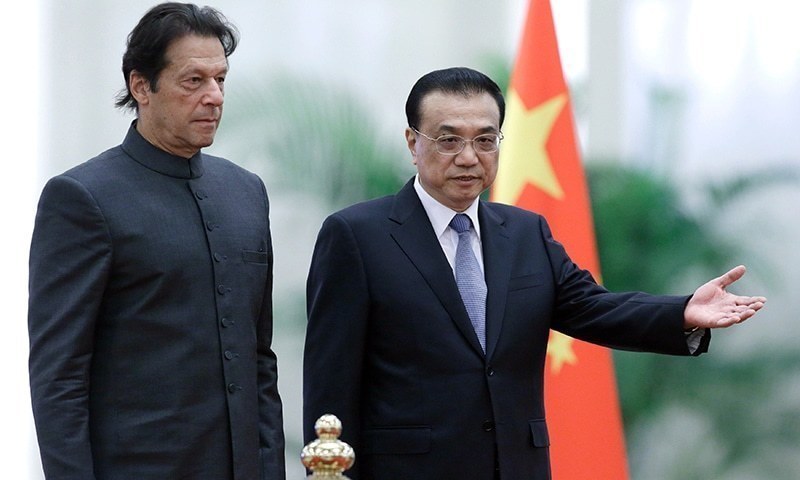 Chairman Pakistan Tehreek-i-Insaf (PTI), Imran Khan, flayed the foreign minister, Khawaja Asif for his remarks regarding Nawaz Sharif’s ouster. Khan took to Twitter on Thursday to take on Asif, terming his remarks as part of a malicious campaign against the armed forces on behest of the Indo-US lobby.

Pakistan has rejected all allegations leveled by the US regarding terrorism. This statement is not only a negation of Pakistan’s version but also a disregard to its meritorious sacrifices in the fight against terror

Khan tweeted: “Now evident that Dawn Leaks was a deliberate attempt by PML-N to target Pak military at a time when it is fighting our enemies on multiple fronts.” He quoted Khawaja Asif’s remark about the reason of Nawaz Sharif’s disqualification. Asif had said, “Nawaz Sharif paid a political price for peace efforts with India.”

Now evident that DawnLeaks was a deliberate attempt by PMLN to target Pak mly at a time when it is fighting our enemies on multiple fronts pic.twitter.com/pp9ecmNbEU

Imran, is chiefly responsible for the disqualification of Nawaz Sharif by pursuing the Panama case and has maintained that the Sharif family protect their business interests at the cost of national interests. He quickly pounced on the statement and said: “Sharifs and their cronies are desperate to appease Indo-US lobby and interests as their loot/properties are all stashed away in West.”

Sharifs & their cronies desperate to appease Indo-US lobby & interests as their loot/properties all stashed away in West. https://t.co/LJiX6eEoHx

Their continuous targeting of our armed forces continues today as part of this Indo-US appeasement. No concern for Pak lives sacrificed https://t.co/RaqQAMx9PS

Kh Asif’s comments of ownership of militant gps coming from a Foreign Min undermining Pak security. With such a FM, who needs enemies? https://t.co/2fAqxMUHYh

At a time when Nawaz Sharif is gearing up to fight against the hidden forces which by all intents and purposes are the judges and the generals, Asif’s statement has more or less ratified the international narrative regarding the Army.

Khan slammed Asif for taking ownership of militants, claiming that the country doesn’t need an enemy in presence of such a foreign minister

The US and India claim that Pakistan Army does not want peace in the region and undermine all civilian forces who want peace with India and action against terrorists. Khan said that Asif spoke in-line with Nawaz’s Indo-US appeasement policy. He tweeted: “Their continuous targeting of our armed forces continues today as part of this Indo-US appeasement. No concern for Pak lives sacrificed.”

Ever since the initiation of the Panama Case and more so after its verdict, the Sharif family has alluded to a conspiracy against democracy. Nawaz Sharif said in a press conference on Tuesday that he knows his real fault and why he is being punished.

Nawaz and his aides have decided to fight, showing their supporters that they have taken on the mantle of a crusader against anti-democratic forces. Furthermore, Nawaz has hired a lobbyist in the US in order to disseminate this line against the establishment.

Ever since the initiation of the Panama Case and more so after its verdict, the Sharif family has alluded to a conspiracy against democracy

Khan slammed Asif for taking ownership of militants, claiming that the country doesn’t need an enemy in presence of such a foreign minister.

He said: “Kh. Asif’s comments of ownership of militant groups coming from a Foreign Minister undermining Pak security. With such a Foreign Minister, who needs enemies?” When the world is accusing Pakistan of harboring terrorists, Khawaja Asif remarks at the Asia Society in New York regarding the Haqqani Network and Hafiz Saeed are a jolt to the country.

Asif asserted: “It is very easy to say Pakistan is floating the Haqqanis and Hafiz Saeed and Lashkar-e-Taiba (LeT). They are liabilities. I accept that they are liabilities, but give us time to get rid of them because we don’t have the assets to match these liabilities and you are increasing them further.”

Read more: Imran Khan now calls for fans to get free tickets to…

Pakistan has rejected all allegations leveled by the US regarding terrorism. It has protested that after losing 70,000 lives to the war on terror it has lost the most in this war after Afghanistan. It is disappointing that the newly made foreign minister Khawaja Asif discussed such matters in offhanded remarks without analysis of what he is saying and what it means. However, it fits well with Nawaz’s promotion of a narrative regarding the negative role of the Pakistani Army, something which he will use to stoke up pressure on it. Opposition parties, in particular, Imran is picking up on this seemingly dubious and sinister campaign that is being run to support Nawaz’s role in Pakistani politics.

News Desk - 31 July 2021
In a record-making event, more than 2.7 million people took to the northern areas over the Eid holidays, leading to the total spending of Rs66 billion on small and medium-sized local businesses.

We filers are idiots? – Ikram Sehgal