While Kartarpur Corridor became a bridge to connect the divided Sikh community on both sides of the border, PM Khan and Capt Amarinder Singh reminiscent the historic bond the people of subcontinent shared when they discovered a family tie during a short conversation. 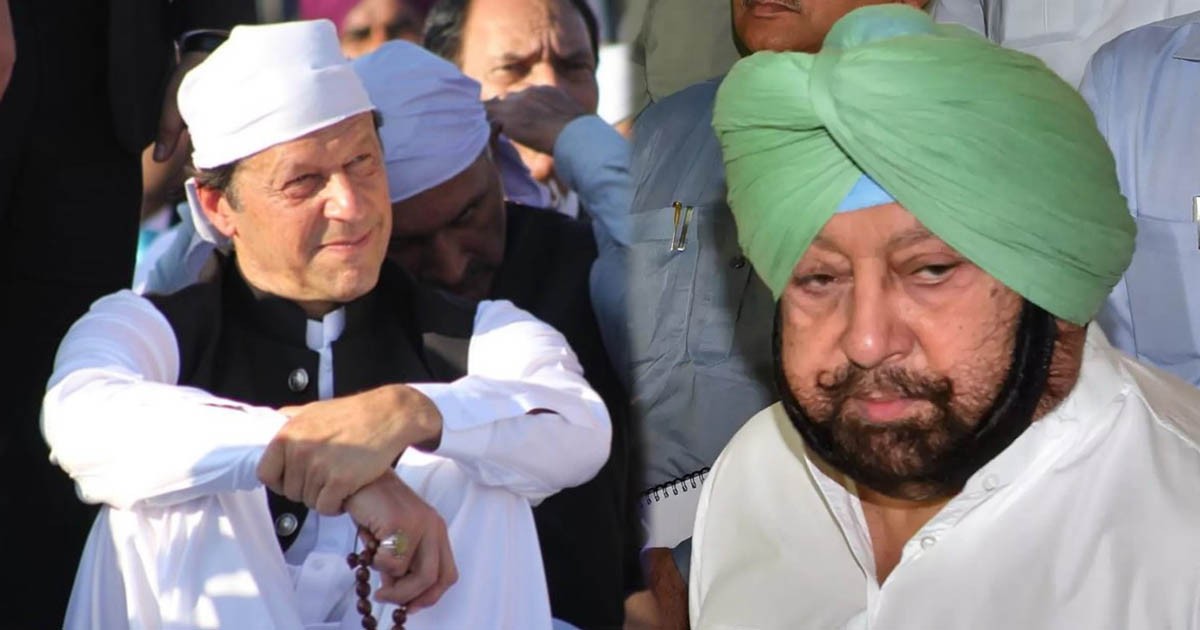 Indian CM Punjab Amarinder Singh and Prime Minister Imran Khan discovered a historic family tie during their five-minute bus ride on Saturday 9th November on the way to inaugurate the Kartarpur Corridor. PM Khan had received the Indian delegation which included the Indian CM Punjab Amarinder Singh at zero point of the International border of Kartarpur.

During their five-minute long conversation, Khan and Singh discussed cricket. Capt Amarinder Singh asserted that he has seen Khan playing matches during his cricketing days. The two surprisingly discovered a special connection between their families as the conversation on cricket went deeper.

The statement read that that while Kartarpur Corridor was the focal point connecting Imran Khan, who was once the captain of Pakistan cricket team, and Indian CM Punjab Amarinder Singh, the two started their initial conversation from another subject of common interest- the game of cricket.

“The bus ride lasted less than five minutes, but, thanks to the cricket, it was enough to break the ice between Imran and Captain Amarinder,” it said.

The details of the conversation were shared in the official statement issued by Capt Amarinder Singh’s office. Capt Amarinder Singh informed Imran Khan that Jahangir Khan, the latter’s uncle, by virtue of being his father’s brother, had played for the cricketing team of Patiala before partition.

The statement further added that cricket is a common thread between every Indian and Pakistani. Adding that, the game bonds as well as ignites the fire between two sides.

The statement said, “During his conversation with [PM] Imran, Captain Amarinder told him that his Imran Khan’s uncle, Jahangir Khan had played for Patiala, along with Mohd Nisar, Lala Amarnath, fast bowler Amar Singh and the two Ali batsmen (Wazir Ali and Amir Ali).

“These seven players were part of the team captained by Captain Amarinder’s father, Maharaja Yadvinder Singh (the ruler of the erstwhile Patiala state) in 1934-35, for India and Patiala.” Adding that the two discovered family ties even though they have not met before and did not know each other personally.

Jahangir Khan, who was a cricketer during a British era, was married to Pakistan’s PM Imran Khan’s maternal aunt Mubarak, the statement from the Chief Minister’s Office said, putting the historical links in perspective.

Capt Amarinder Singh, who accompanied the first jatha of Sikh devotees to Gurdwara Darbar Sahib Kartapur asserted that the peace initiative would lead to building strong ties between the two countries.

Amarinder hoped “the journey through Kartarpur Corridor, which culminated for him in the realization of a cherished dream, would continue in the future to build a stronger connect between the two countries – one that is as powerful as cricket,” which he hoped the two sides will try to play in the true spirit of the sport in future.

Did Prime Minster Imran Khan give NRO-like concession to his ‘friends’?

Imran Khan: Still has some vision to prove us wrong?