PM Imran Khan of Pakistan, through his well timed initiative of demanding debt relief for troubled economies has emerged as a leader of developing world. His appeal is resonating with global institutions and community who appreciate his well articulated concerns. 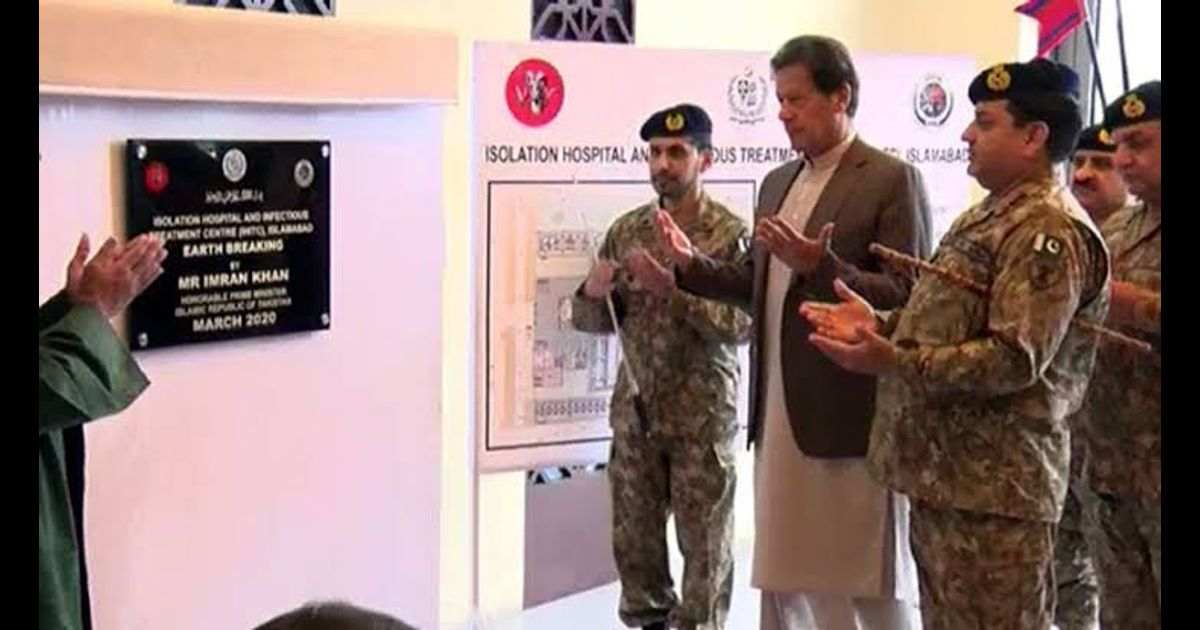 Prime Minister Imran Khan’s recent appeal to the UN and international lending institutions for debt relief has drawn both accolades and denigration, mostly along party lines. Even though the fallout from the recent pandemic is the focus, he raises a point with broader implications that deserves to be elevated on the global agenda.

I not only support the Prime Minister’s call, but wish for the scope of this discussion to be broadened.

Till now, debt relief has mostly been talked about in the context of Heavily Indebted Poor Countries (HIPC), a more or less static list of a dozen-plus, predominantly African nations. For lack of a better analogy, these countries have already been rendered amputated. But for each one of these HIPC, there are dozens more that are crippled, maimed or paralyzed by debt. These are the “middle class” of nations, whose problems are just as deep-rooted, but their poverty is overlooked and ignored.

Debt relief is not a new idea, and it has a long and sordid history, replete with blame and counter blame. But there is universal consensus on growing disparity and the threat it poses to society. This latest crisis has highlighted the expanding needs of a contracting world.

Disasters don’t just leave rubble in their wake. They also spur us to take huge progressive leaps. The two world wars of the last century were a testament to the depravity of humans, but they also galvanized our nobility and gave birth to institutions like the United Nations, and declarations like Universal Human Rights.

Rights, unfortunately though, are just fancy words unless backed by resolve for administering them. We therefore need a sister declaration, the other side of the proverbial coin. We need a Universal Declaration of Human Responsibilities.

Humanity has flourished under the umbrella of the collective good, and as a result, social evolution has embedded egalitarian behaviour in our psyche. We are willing to redistribute our wealth, take care of the weak, educate children, protect livelihoods and properties of those we consider part of our collective. Yet it’s odd that this bedrock principle of social progress hits a barrier at national borders and does not transcend to humanity as a whole.

My appeal to the international community, the UNSG & international financial institutions to respond positively to the dilemma confronting developing countries in the face of the COVID19 pandemic. #Global_Initiative_Debt_Relief pic.twitter.com/EfydRhfZhc— Imran Khan (@ImranKhanPTI) April 12, 2020

We talk of a global village, the world coming closer and closer, free flow of goods, services, finances and ideas across borders. Yet when it comes to the most important factor of all – people – our collective responsibility comes to a screeching halt at one national boundary or another.

At a time when many within the international community, including the UN, have underscored how high debt will exacerbate the economic & social costs of coronavirus in poor countries, Imran Khan has just issued an appeal to the world calling for debt relief for developing states. https://t.co/ql0I9G89na
— Michael Kugelman (@MichaelKugelman) April 12, 2020

I feel a new global compact is in order, one in which human progress is not compartmentalized into arbitrarily drawn lines on a map. That we commit to the same set of obligations we fulfil as citizens of a country, except expand our sphere of responsibility beyond national boundaries. In short, we should contribute a fair share of our income to socially uplift our fellow humans, not just our fellow countrymen.

Unorthodox as it may sound, a borderless world is not a new idea. But it has always received fierce opposition, because it shakes the pedestals on which much of the dominion of power rests. However, which revolutionary endeavour throughout history has not had opposition, or has succeeded on its first try?

Autocracy, the status quo for millennia, did not just step aside and bow at the mention of Democracy by Cleisthenes in ancient Athens. Its evolution from that seed of an idea, to taking roots in medieval Rome, to coming of age in Switzerland is paved with opposition. What started out as a heretically revolutionary idea, took an evolutionary course of trial and error, until it became the accepted norm rather than an aberration.

The idea of declaring basic human needs like food, shelter, security, and basic rights like health and education as universal human responsibilities may seem radical, but it is a logical construct that needs to be fought for. Every human on this planet ought to contribute their fair share, to ensure everyone else gets access to globally standardized care.

The glacial pace of history creates an illusion of stability even as tectonic shifts are pulling the ground under one’s feet. The growing global disparity we are witnessing today is one such tectonic shift.

Our Prime Minister is on the right side of history. The world needs to take notice before its too late. Otherwise, the circumstances that led to monumental changes in national arenas like the French or Bolshevik revolutions, are set to happen on a global stage.

Waseem Syyed, is a Canadian of Pakistani origin. He has had a long career in international development, working around the world for the United Nations and global NGOs for more than twenty years. The views expressed in this article are the author’s own and do not necessarily reflect the editorial policy of Global Village Space.

Trudeau willing strike down religious symbol ban, if court does not