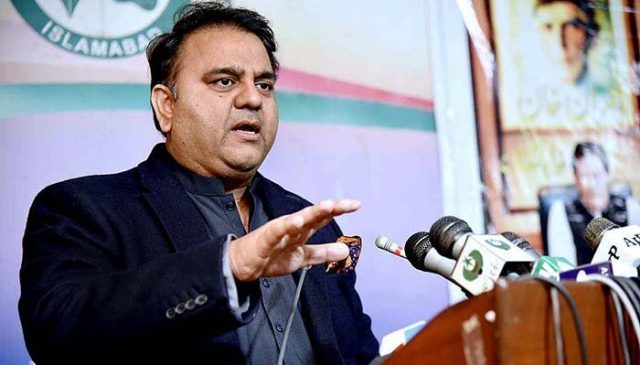 Khurram Dastagir Khan told Dr. Moeed Pirzada while talking in ‘Live with Moeed Pirzada’ that most important issues were not discussed in yesterday’s discussion of Prime minister with senior Anchorpersons. The regularization of Bani Gala land was neglected in the meeting while at the same time, an operation is going on against encroachers around the country which is discriminatory behavior on the part of a PM.

Shandana Gulzar, Federal Parliamentary Secretary for Commerce, while commenting on the “PM Imran Khan interview with senior anchors” responded that it was the opportunity before media personnel to ask him in front of media.

No commitment of aid has come from Saudi Arabia, Malaysia, and China right Know, as PM visited these countries, which shows that the government’s directions are ambiguous.

“If there were no restrictions during the discussion, then they should have asked about regularization of Bani Gala land. As, PM Imran Khan is the staunch supporter of transparency, to answer the question (Bani Gala) won’t be a problem for him”, she said.

The factor of transparency in PTI’s administration is on the top of the food chain. Considering such scenario PM Pakistan, Imran Khan presented himself before the public for accountability (PM Pakistan interview with senior TV anchors). Since the former PM Pakistan Mian Nawaz Sharif failed to adopt such practice in past, he (Imran Khan) should be appreciated for this initiative. “When did former PM Pakistan, M. Nawaz Sharif appear before the media?”, she said.

Responding to Dr. Pirzada, Mr. Khuram Dastagir defended his party’s supreme leader Sharif‘s non-appearance before media during his tenure and said, their time was tough and hard when they were provided the opportunity to run the administration. They were facing myriad problems. Terrorism, power shortage and other problems were rampant. It was not easy to create 1200mw of electricity and handle issues related to CPEC.

Khurram Dastagir claimed that “the issues related to a common man like electricity and gas prices hike was not discussed in that conference”. “Apart from political difference the efforts put forwarded by former PM Pakistan toward countering energy crisis is appreciable”, Shandana Gulzar said.

While giving his view about the current government, Khurram Dastagir said the government is not adopting substantive policies nor they have any pragmatic approach toward current tumult. Imran Khan 100 Days Plan received mixed reactions from different sections of society. But the real aim behind the Plan was formulating the country’s policy in broader prospects.

The factor of transparency in PTI’s administration is on the top of the food chain. Considering such scenario PM Pakistan, Imran Khan presented himself before public accountability (PM Pakistan interview with senior TV anchors).

“Finding and redefining the proper direction i.e. foreign policy, market re-management, and governance, for Pakistan was the objective set in 100 Days Plan”, she said. He further told about Trump’s Letter to Prime Minister Imran Khan is not a start of a strategic dialogue process; it will not resume military aid.

He said the directions of the government are not clear because it caused a huge devaluation of money, which further worsened the situation. No commitment of aid has come from Saudi Arabia, Malaysia, and China right Know, as PM visited these countries, which shows that the government’s directions are ambiguous.

Obviously, the government is considering all the available options in forging foreign policy. “The balanced approach between Iran and Saudi Arabia; twice visits Afghanistan in 100 days, and reconciliation efforts with India to counter the Baluchistan menace represent the government direction and seriousness in foreign policy”, she said.

The rich and famous vote in India’s election