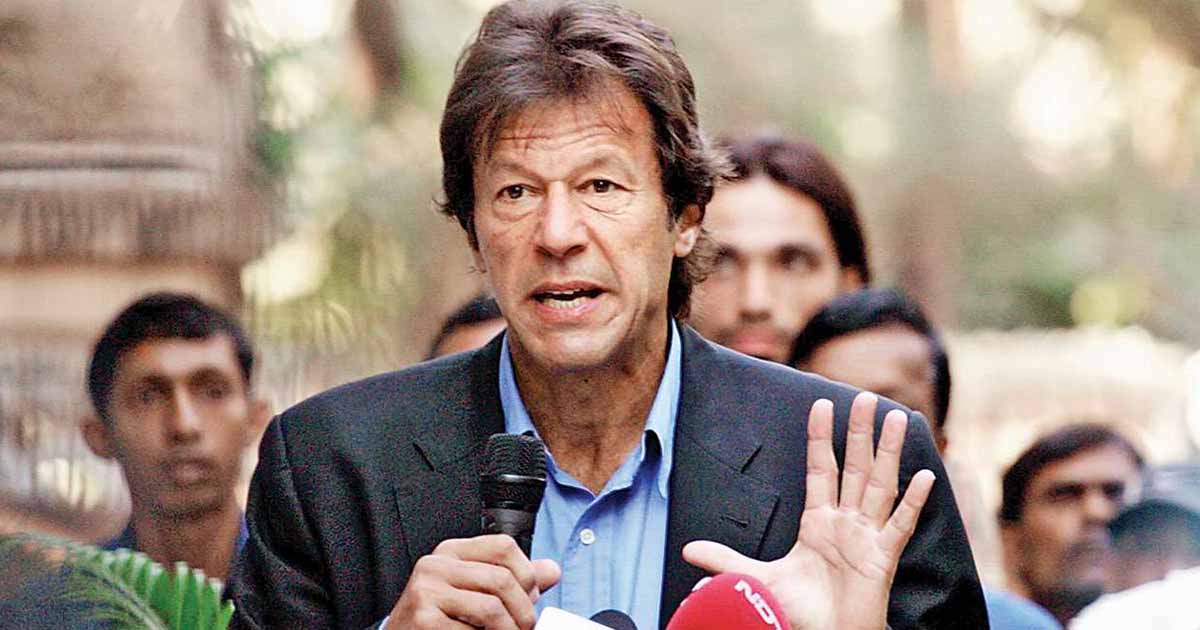 In the United Kingdom, political parties like Conservatives and Labor and in the United States, Democrats and Republicans take turns and come into power. Similar was the case with Pakistan; its either been Pakistan Muslim League (N) or Pakistan Peoples Party which have been ruling this country, or coming out of the democratic sphere, it has been a military regime. This pretty much sums up our not so pleasant political history.

It was only after the 2013 elections that a third political force started to emerge and haunt these two established political dynasties. Cricketer turned politician Imran Khan was able to turn his struggle into a national level political party over the course of 22 years. There is nothing inorganic about this struggle; people were indeed desperate for a third option.

I was not embarrassed because I had criticized, Imran Khan’s decision to appoint Usman Buzdar as Punjab’s Chief Minister, which by the way is my job.

People affiliated with these two parties have been involved in serious crimes like looting and plundering Pakistan’s wealth, bribing the bureaucracy and damaging its values to the core, attacking Pakistan’s national security, supporting the narratives of the international establishment against Pakistan and what not.

I don’t have to write those tales of betrayals for much has been written about them. While these politicians hoped they would come back to power, obviously because they had this system rigged in their favor; that’s what whole lot of commentators including me assumed, but I also hoped that this might be the end of the status quo forces.

Imran Khan, who was sworn in as our 22nd Prime Minister amid all that regression, inflation, noxious economy, corruption, poverty, and massive unemployment, has emerged as a ray of hope. But with high hopes come huge expectations. After a long time a new man, with a different vision and with  absolutely different priorities is now the face of this country;

In Imran Khan’s two months rule; many controversies have surfaced as a matter of national debate. All the anchors, writers, media owners have been talking about Khan and his team’s inefficiency; forgetting or deliberately not paying attention to the real issues facing this country like malnutrition, stunted growth, shortage of water reservoirs, rising infant mortality rates, and debt-trap.

Cricketer turned politician Imran Khan was able to turn his struggle into a national level political party over the course of 22 years.

Unfortunately, we are critics by default, criticizing anything and everything with little regard whether it’s actually good or bad. The worst form of criticism, just for the sake of criticism can be seen on the television these days and their target is of course Prime Minister’s team that is still finalizing its reform agenda for ‘New Pakistan’.

I was invited to meet the PM with presenters from others media outlets., Prime Minister calmly explained how that he planned to get Pakistan out of this economic mess; this was sort of embarrassing for me.

I was not embarrassed because I had criticized, Imran Khan’s decision to appoint Usman Buzdar as Punjab’s Chief Minister, which by the way is my job. The reason for my embarrassment was that I am also one of those who bombarded him and his infant government for taking the time to learn how to operate in this corrupt political and bureaucratic system.

Many of my colleagues on TV cannot appreciate the fact that the Finance Minister, Asad Umar and his team are trying their level best to look out for options that don’t damage our already faltered economy. In the last ten years, both governments of PMLN and PPP added $55 billion to our external debt. What’s more shambolic is, when asked what they have done with this money both these parties seems to have no convincing explanation.

PMLN government did initiate some massive infrastructural projects, but those projects were good for people who don’t understand what exactly development is. It is important to note that grave irregularities have been observed in schemes such as PM’s Laptop scheme, yellow taxi, sasti roti, and BISP…

The idea is to bring PM Khan under pressure but it won’t be easy to pressurize him and his team.

The senior leadership of both the previous ruling parties is being investigated and probed for the irregularities and allegations of corruption, kickbacks, money laundering and misuse of public office. It’s rather rich isn’t it, when you see opposition advising Prime Minister Khan and his government regarding how to get out of this economic crisis; especially when it is these very people who are responsible for this mess in the first place.

On Saturday when PM Khan was asked if by now his team has decided what are they going to do, he responded, “We have been trying our best to avoid going to IMF but now that we most probably are going to the IMF, we are trying that we borrow the least that we could from them to avoid strict conditions and raise the rest of the required amount from friendly countries like KSA, UAE, and China.”

He also tried to assure everybody present in that boardroom, that in six months time people will observe a change in the economic fortunes of this the country as a result of economic policies initiated by his administration. When one of the attendants questioned him about his earlier statements regarding not going to IMF, he replied, “Now that I am in this chair, I have access to all the files and documents, I know how damaged we are and why it is our only option to borrow from others; whether IMF or friendly countries, this is what frustrates me, and upsets me.

I avoid speaking in the parliament because I know what those before us have done to this country and when I will speak I will be hitting very hard on them and then they will not like it. But this is going to be the last time Pakistan is going to IMF for a refuge.”

‘IMF and economic situation of the country’ was the main agenda of this meeting but he also told us that other parties have been asking him for deals and in return, they offered him a smooth environment to govern for five years.

To deliver on the promises, this government needs continuity and for continuity; PM Khan needs to reconcile with the opposition over a few national issues.

Prime Minister Imran Khan said, “They are scared and well aware of the ruthless accountability, and that is why they are painting a doom and gloom picture about this new government’s performance.” Moreover, he added, “No deals at all, accountability process shouldn’t stop if we want corruption eradicated from this country.”

Some media owners have started a malicious campaign against Khan’s government. Opposition parties and some media houses have been working towards the agenda of creating unrest in the country which doesn’t allow the new government to function. The idea is to bring PM Khan under pressure but it won’t be easy to pressurize him and his team.

Read more: Why Imran Khan is not a cheat?

Prime Minister is determined to take care of this mess left by the opposition. He perfectly understands how opposition intends to block his initiatives by making unnecessary noise to divert media’s attention from the cluster mess they themselves left.

Ministers have been good at handling the pressures so far. Although PM admitted that Punjab and its bureaucracy is deeply politicized and is giving a tough time to the government, he said he knows how to get them to work.

I have learned one thing all my life – How to fight back. Struggle and pressure don’t scare me.

PM Khan also informed all those sitting in the meeting, that a poverty alleviation program will be announced in a week which will work towards the welfare of the underprivileged. He also sounded very excited about his plans regarding the local government system. He said it is going to be the better than anything that Pakistan has ever had.

It’s important that the government concentrate on good governance while expanding their focus on addressing all the national issues. To deliver on the promises, this government needs continuity and for continuity; PM Khan needs to reconcile with the opposition over a few national issues. It’s high time that Imran Khan starts acting as a statesman rather than just a party leader. Moreover, his team needs to be careful with regards to their media handling.

Only relevant focal persons should brief media. It is also important to avoid the war of words with the opposition. Although reforms may take time Imran Khan was determined as ever that he would do what he had promised. He said, “I have learned one thing all my life – How to fight back. Struggle and pressure don’t scare me.”

Shiffa Yousafzai is a TV presenter & producer with Hum TV. She is an International Alumni Ambassador for Manchester Metropolitan University, UK, where she studied Multimedia Journalism. Earlier, she graduated with business and marketing at Air University, Islamabad. She had been vice-president Air University Cultural Society; She is a singer and has performed in cultural events. Shiffa could be followed on twitter @Shiffa_ZY and on facebook @Shiffa Z. Yousafzai. The views expressed in this article are author’s own and do not necessarily reflect the editorial policy of Global Village Space.

Previous articleThe unplanned cities of Pakistan: A problem without solution
Next articleDesperate? Indeed, to serve and save the nation! – Javed Hassan

AFP - 31 July 2021
The militants have seized scores of districts across the country, including in Herat province, where the group has also captured two border crossings adjoining Iran and Turkmenistan.

31 July 2021
Previous articleThe unplanned cities of Pakistan: A problem without solution
Next articleDesperate? Indeed, to serve and save the nation! – Javed Hassan

Is our Education System Responsive to our needs?

Dr. Imran Shah’s stepmother accuses him of thrashing her