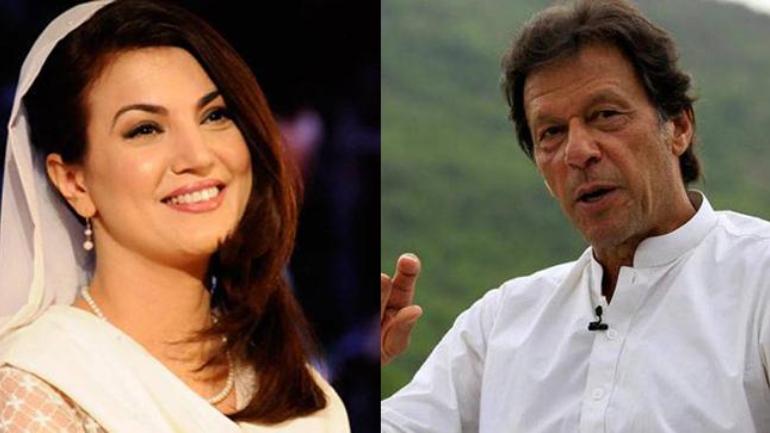 Khan was invited on the show to speak about the Prime Minister’s official address on the Pulwama attack. Khan’s disappointing remarks against premier and the armed forces on the show drew ire from the millions of Pakistan on Twitter.

Traitor… sell out… if you can't be loyal to your own country who even are you? #rehamkhan

Reham Khan stated that Imran Khan was waiting for the instructions to make a statement on the Pulwama attack. She said it was surprising for her that Imran Khan took that long to comments on the attack when he was highly active on Twitter and social media.

We have seen the rise of new extremist religious parties during the elections and we have seen a lot of violence, riots in Islamabad. Imran Khan used a blasphemy card shamelessly,” Reham Khan said.

She objected that Imran Khan did not offer any condolence on the Pulwama terror attack and second the anchor’s opinion that Imran Khan in his speech clearly brushed off the condolence aspect of the incident– that according to her describes him as a highly cold, heartless, and callous individual.

PM Khan was told to say these things? How wonderful that what we all know to be true is public now. That both Pakistan Govt and Army wish to have peace with India https://t.co/ndxxFAWIKu

Reham further said that several militant organizations including Jaesh-e-Muhammad proactively supported him during the 2018 elections. Reham accused Imran Khan of making unpleasant compromises over his ideology and party agenda to reach here.

Read more: Pakistan will retaliate to any adventurism from India: PM Khan

“Imran has come into power by compromising on ideology and moderate policy. Do not imagine for a minute that it is his policy. He is instructed to do and instructed to say what the state wants. We have seen the rise of new extremist religious parties during the elections and we have seen a lot of violence, riots in Islamabad. Imran Khan used a blasphemy card shamelessly,” Reham Khan said.

She further went on to say, “Imran Khan has been doing what he is taught to do. If he’s saying he will take action, then he has to display and demonstrate something. We were on the way to be blacklisted by the Financial Action Task Force [FATF], long before the Pulwama terror attack happened.”

“We must take an action not because the Indian prime minister wants us to but because it is in the interest of Pakistan. Imran Khan is saying the right thing but we haven’t seen him taking any step in the last six-seven months,” Reham Khan said, adding, “We might not be involved with JeM but we have a track record that we are not cracking down on these groups.”

“I think some think tanks were working on this [the speech]. I do not think this was his speech. I do think he’s been told to do these things,” she added in conclusion. Ever since her interview, Indian media has opened a tirade of criticism against Pakistan and its armed forces on the basis of Khan’s statement.

Her interview did not go well with the people of Pakistan who saw her statements as weakening the stance of Pakistan internationally. The people on Twitter lambasted her for falsely defaming the premier of Pakistan due to personal animosity.

Reham Khan needs to learn from Ariana Grande how to move on from past relationships successfully. #ThankYouNext is a far better approach than trashing your ex on any platform you get access to (on the basis of your status as his former wife).

Why has Reham Khan got 2mn followers.. come on everyone spread the message and unfollow this venom spurting vile woman who keeps disrespecting our PM! #unfollowrehamkhan

Can we handover Reham Khan to India as collateral while we start talks with india?

‘Focus should be on Pakistan’s destruction’, Kangana Ranaut

Mahira Khan’s ‘7 Din Muhabbat In’ trailer is out!