Borge Brende complimented Prime Minister Imran Khan for effectively presenting his visions and achievements without a manuscript following his keynote address at the World Economic Forum Sessions. Netizens pointed out that while PM Khan smoothly interacted with the moderator and international audience, Nawaz Sharif staggered in his interactions at World Economic Forum in 2016. Twitter buzzed with comparisons of the two leaders performances. 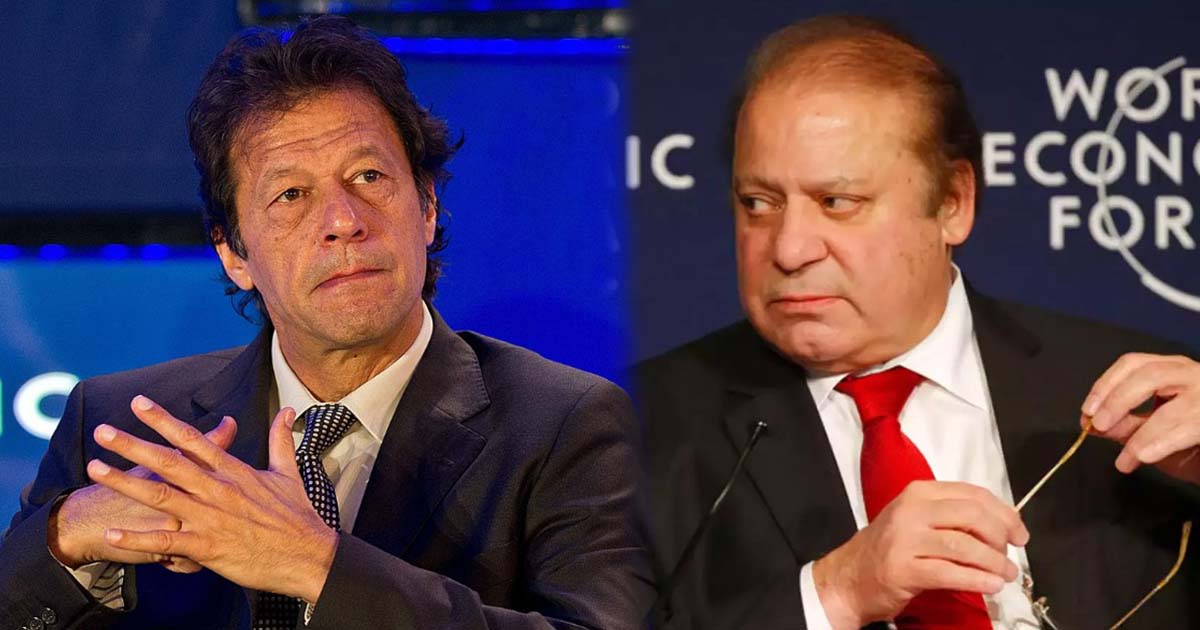 Earlier on Wednesday, Prime Minister Imran Khan had stunned the international community with his articulate speech at World Economic Forum Summit but he also garnered appreciation for conducting his speech without any manuscript from the moderator, Borge Brende.

Borge Brende complemented Imran Khan for efficiently presenting his visions and achievements without a manuscript, as soon as Khan took the seat beside him after completing his speech.

Imran Khan, eloquence, vision and speaking skills praised by the host in Davos.

Thank you Allah for saving us from the disgrace of have prime ministers and presidents like Nawaz Sharif and Zardari.
pic.twitter.com/93v70VuSc0— Shoaib Khan (@5hoab) January 22, 2020

Where they appreciated Imran Khan for confidently presenting Pakistan once again at the international forum, they recalled a lackluster spectacle by Nawaz Sharif at the same platform.

Nawaz Sharif’s 2017 participation at the WEF turned out to be a sheer embarrassment for the country when the news hit the local media that he was barred from speaking at the forum due to serious corruption allegations against him back home.

A local media outlet reported that Nawaz Sharif stayed with his delegation at a luxurious hotel in Davos for four days but did not attend a single session at the WEF Summit.

He mostly interacted with the Pakistani journalists left for London in desperation, implying that his team or diplomats kept on trying to create high-level meetings or opportunities for him but failed.

The local media reported that Pakistan’s foreign office touted Nawaz Sharif’s visit to WEF Summit as crucial but it was claimed that he was not invited by any prime sponsors.

Netizens pointed out that while PM Khan smoothly interacted with the moderator and international audience while Nawaz Sharif staggered in his interactions at World Economic Forum, in 2016.

A small clip of Nawaz Sharif from the question and answer session at the WEF summit surfaced on social media that clearly showed the confusion and hesitation of former prime minister while addressing the various questions pitched at him.

Some rejoiced over Pakistan’s sturdy representation at an international forums after years as Khan’s performance brought him centre stage at the World Economic Forum.

After 2007, after almost 13 years, Pakistan has a leader that can stand at an international forum and talk about his country, region & the world! Imran Khan has defined Pakistan's "Soft Power" Well Done! https://t.co/QNpE1jAvQd

Even Khan’s critics acknowledged him as an eloquent orator who is stupendous when it comes to addressing and delivering his message to the audience passionately.

Another stellar performance of PM Imran Khan on an international forum today, made a fantastic case for Pakistan in Davos gathering of most influential global leaders Featuring on cover of Time magazine with global luminaries our Prime Minister still an international attraction pic.twitter.com/t14DMHnDO5— Kamran Khan (@AajKamranKhan) January 22, 2020

He showcased his impressive public communication skills last year at United Nations General Assembly Conference, as well, which was his maiden UN appearance.

In his keynote address at the World Economic Forum Summit Khan took the opportunity to talk about various political and economic impediments including militancy that stunted the development of Pakistan. He specifically pinned ‘war on terror’, that caused great devastation to the country’s resources and human development.

He began his speech with his ambitious tree plantation campaign to mitigate the adverse impact of climate change on Pakistan. Following the success of a billion tree plantation campaign in KP, his government upscaled the campaign across Pakistan after he became the premier of the country in 2018. He said the government aims to plant 10 billion trees across Pakistan in the next four years. The primary focus on climate change, at a time when the world is paying its price in many forms, yielded unanimous praise.