Prime Minister Imran Khan flawlessly excelled at the World Economic Forum following his grand appearance at United Nations Summit last year. He confidently presented the case of Pakistan in his keynote speech addressing issues such as climate change, trade and economic growth, regional tensions and militancies. This was followed by multiple high-profile engagements. 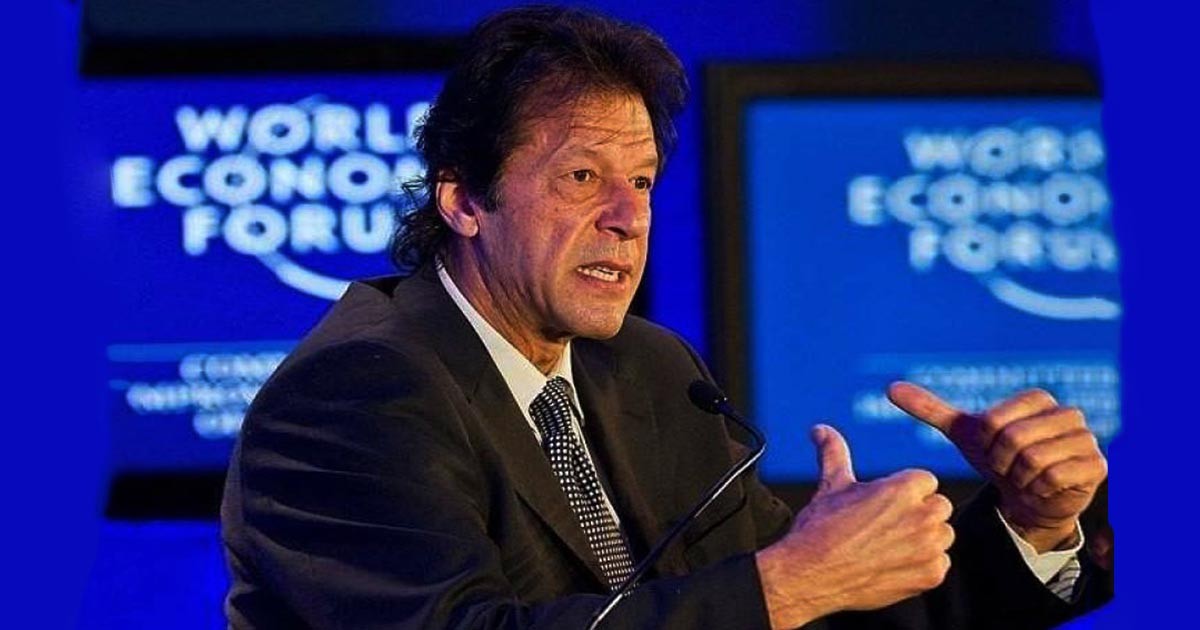 Besides delivering a keynote speech at World Economic Forum Summit 2020 on Wednesday, Prime Minister Imran Khan had an active day in Davos, Switzerland.

PM Imran Khan flawlessly excelled at a coveted international forum like World Economic Forum following his grand appearance at United Nations Summit last year. He confidently presented the case of Pakistan in his keynote address along with multiple high-profile engagements.

One of his eye-catching engagements was an informal meeting with Ivanka Trump, the daughter of US President Donald Trump. The images of the meeting circulated on social media in which Special Assistant to PM Khan Zulfikar Bukhari was also present.

Ms. Sheryl Sandberg, COO of Facebook, too, called on Prime Minister Imran Khan at Davos on the sidelines of the WEF Annual Meeting 2020.

In his keynote address, he talked about various political and economic impediments including militancy that stunted the development of Pakistan. He specifically pinned ‘war on terror’, that caused a great devastation to the country’s resources and human development.

He began his speech with his ambitious tree plantation campaign to mitigate the adverse impact of climate change on Pakistan. Following the success of a billion tree plantation campaign in KP, his government upscaled the campaign across Pakistan after he became the premier of the country in 2018. He said the government aims to plant 10 billion trees across Pakistan in the next four years.

He commented that tree plantation was crucial not only because Pakistan is the most vulnerable country to climate change but pollution has become a ‘silent killer’ in it’s cities.

PM Khan, repeated his stance, that the Soviet invasion of Afghanistan not only unfolded unanticipated destruction for Afghanistan but also damaged Pakistan when militancy took root in the region. “You cannot make your economy grow unless and until there is peace and stability’, said Khan at WEF speech.

He reiterated that his government has resolved to partner with other countries for peace and stability. Following the policy, he said Pakistan played its part in diffusing tensions between Iran, Saudi Arabia, and the United States. Adding that, it is the nearest we are to a solution in Afghanistan.

He said his government inherited the worst economic crisis in the country’s history with a looming current account and fiscal deficit and limited foreign reserves that could have lasted for only a month.

PM Khan said never in his public life of 40 years has he received dismal reactions from people as he did in the last one year when his team took tough economic decisions to curb the economic crisis.

According to his speech, his government now aims for economic growth adding that Pakistan’s prime advantage is its young population. But he regretted that “we have neglected this young population because we did not concentrate on skill development [and] equipping them to become entrepreneurs.”

To accommodate the young population in the economic sector, he said, his government has launched various skills development programs and made funds available for startups.

In his meeting with the International Media Council at the sidelines of the WEF Summit, he urged the world and the United States to intervene to prevent the two nuclear-armed nations from reaching a point of no return

The Prime Minister said Pakistan has boons of huge reserves of mineral resources and an ideal strategic location concerning trade.

“The moment Pakistan and India’s relationship becomes normal and trade starts between the two countries”, immense opportunities for growth will emerge, he said.

In the following question and answer session with World Economic Forum President, Borge Brende, he incessantly discouraged the possibility of war between the USA and Iran, and Pakistan’s war with India. He noted that the preceding year, 2019, was marked the safest year in Pakistan since the 9/11 attacks that reflected in the country’s tourism.

He said he tried to convince President Trump that a war between the USA and Iran would be a ‘disaster’ for the world, particularly developing countries. He highlighted his government efforts to synthesize three parallel education systems running in Pakistan to provide equal opportunities for youth to excel.

Meeting with the International Media Council

In his meeting with the International Media Council at the sidelines of the WEF Summit, he urged the world and the United States to intervene and prevent two nuclear-armed nations from reaching a point of no return.

He expressed his fears that India might orchestrate an armed attack to inflame border tensions at Kashmir. He said he met a ‘brick wall’ when he reached out to PM Modi for the resumption of peace negotiations adding that relations between the two countries went from negative to worse after Indian annexed Kashmir in August last year and compared India to Nazi Germany.